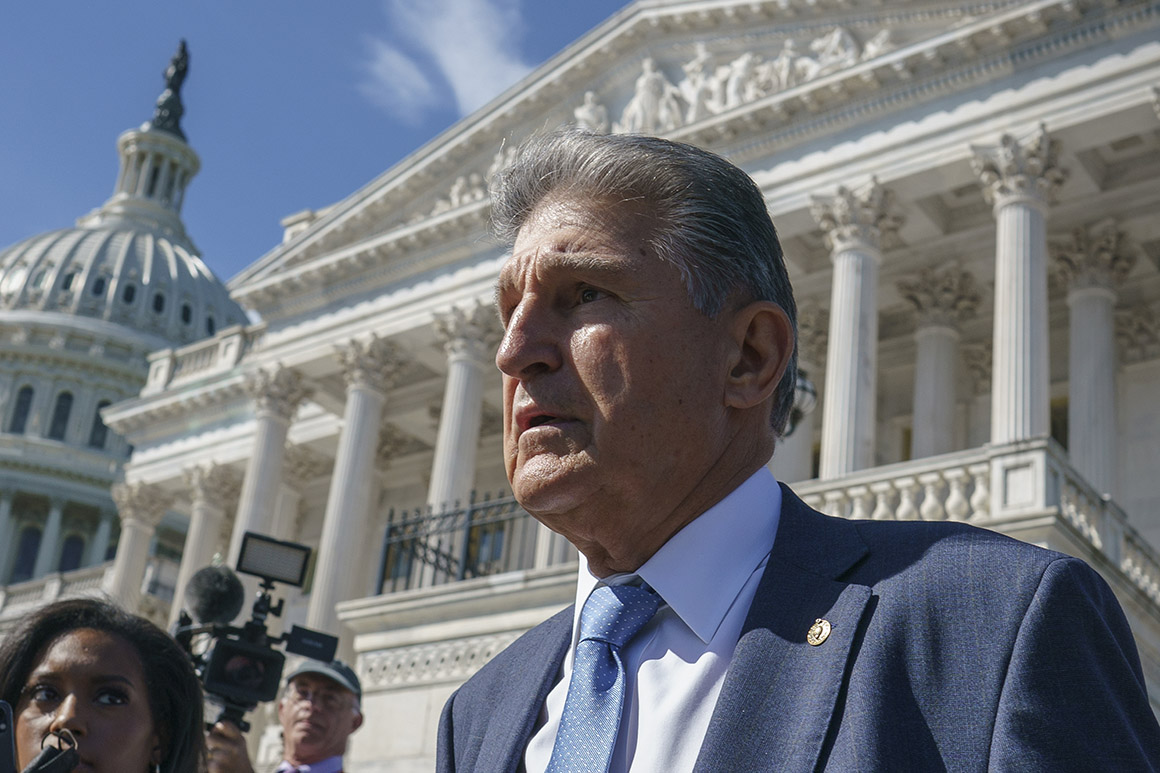 The House will vote on the bipartisan infrastructure bill that Manchin helped negotiate on Thursday, but Manchin’s remarks aren’t helping his bill succeed. Progressives are eager to sink the legislation after he said Wednesday that it’s “not possible” to get an agreement on the larger spending package before the infrastructure vote.

“This is why we’re not voting for the bipartisan bill until we get a reconciliation bill,” Rep. Pramila Jayapal (D-Wash.) told reporters. “After that statement we probably have even more people willing to vote no.”

And for Manchin the timetable is months, not days or weeks. He said he would also focus on extending the child tax credit that expires at the end of the year, a strong signal that Dec. 31 may be the true deadline for passage of a reconciliation package even as congressional leaders desperately try to force action this fall.

“Do you know how convoluted the tax system is? Do you really understand? We don’t have a one-week, two-week deadline, I don’t believe, on this. Because everything’s covered,” he said. “There’s nobody going to go without. The child tax credit ends at the end of the year and everything else goes to 2023. That’s why I said, ‘let’s do a pause,’ and really take time to work with it.”

Manchin’s comments amounts to a mixed bag for his fellow Democrats, but they can’t ignore his concerns because Senate Majority Leader Chuck Schumer needs total lockstep unity from his caucus to advance anything. Democrats will be cheered that Manchin wants to finish a bill at all, but they will not necessarily appreciate his view on their goals of expanding safety net programs nor his reluctance to embrace their expansive plans for climate action.

Progressives say Manchin is off-base in his worries about their spending plan, since much of it will be paid for. But in the West Virginia senator’s view, starting new programs that shut off a few years from now is akin to making them permanent; Congress will never be able to shut them off.

And he wants to means test as much of the new spending that Congress comes up with as possible, another goal that clashes with his more progressive colleagues.

“Once you start doing something, it becomes ingrained in it. We want to do it and do it right and finance it,” Manchin said. “I just don’t want our society to move to an entitlement society.”