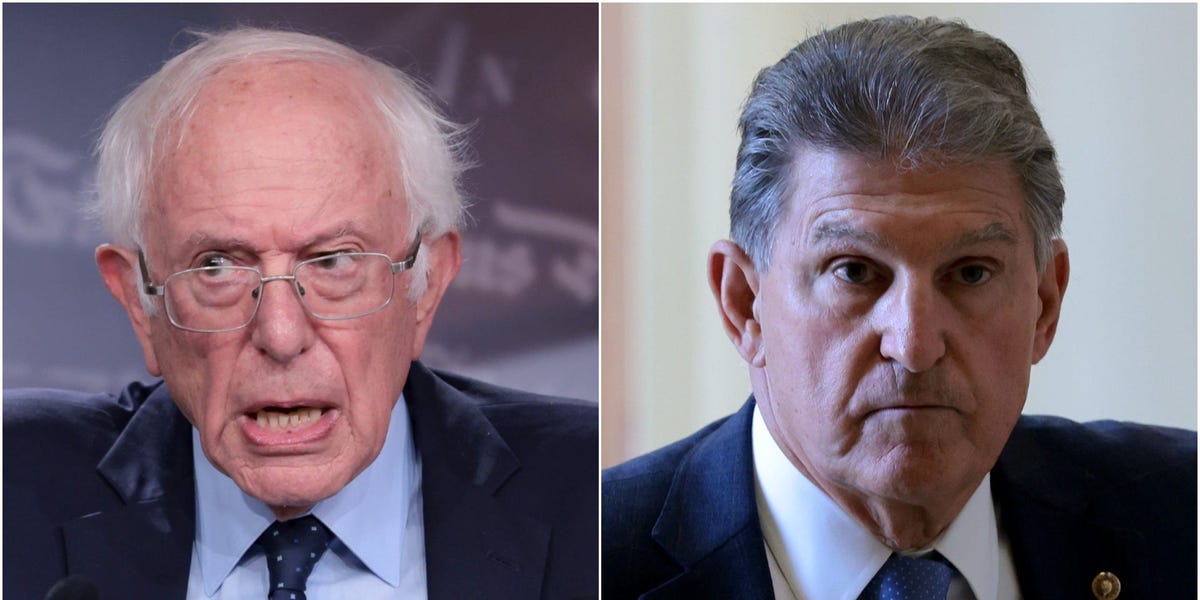 The dispute between Independent Sen. Bernie Sanders of Vermont and moderate Democratic Sen. Joe Manchin of West Virginia over a multitrillion-dollar reconciliation package reached a boiling point on Friday when Sanders wrote an opinion piece for a high-profile newspaper in Manchin’s home state.

Sanders, writing for the Charleston Gazette-Mail, laid out the stakes for the legislation, which is consequential for President Joe Biden’s legislative agenda and base Democratic voters who for years have clamored for solutions on issues including access to higher education and the rising cost of childcare.

“This reconciliation bill is being opposed by every Republican in Congress as well as the drug companies, the insurance companies, the fossil fuel industry and the billionaire class,” Sanders wrote. “They want to maintain the status quo in which the very rich get richer while ordinary Americans continue to struggle to make ends meet.”

Manchin did not take kindly to the pressure campaign for him to back a more robust Democratic-led infrastructure bill, which party leaders envisioned in the $3.5 trillion range. Manchin has insisted the bill be pared down to roughly $1.5 trillion.

“This isn’t the first time an out-of-stater has tried to tell West Virginians what is best for them despite having no relationship to our state,” the senator said in a statement on Friday. “Congress should proceed with caution on any additional spending and I will not vote for a reckless expansion of government programs. No op-ed from a self-declared Independent socialist is going to change that.”

In the op-ed, Sanders explained that the bill is intended to aid working-class Americans that have often been left behind by government.

“The Build Back Better plan is not only vitally important for seniors, but it is enormously important for working families and their children,” Sanders wrote. “As a result of the $300 direct payments to working class parents which began in the American Rescue Plan, we have cut childhood poverty in our country by half. It would be unconscionable to see those payments end, which is exactly what will happen if we do not pass this bill.

“I believe that now is the time, finally, for Congress to stand up for working families and have the courage to take on the big money interests and wealthy campaign contributors who have so much power over the economic and political life of our country,” he added.

Sanders then called out Manchin and Sen. Kyrsten Sinema of Arizona as the only holdouts for a bill that progressives feel would be transformative for the country.

“Poll after poll shows overwhelming support for this legislation,” he wrote. “Yet, the political problem we face is that in a 50-50 Senate we need every Democratic senator to vote ‘yes.’ We now have only 48. Two Democratic senators remain in opposition, including Sen. Joe Manchin.”

Democrats cannot afford any defections in moving their infrastructure bill through the reconciliation process, which would allow the party to skirt the 60-vote threshold normally needed to cut off debate to pass legislation.

Manchin and Sinema are not on board with the current level of spending and have asked for cuts, even as party leaders hope to pass a larger reconciliation bill and move the bipartisan $1.2 trillion infrastructure bill through the House. The Senate already approved the bipartisan bill, but progressives are demanding that both bills be passed at the same time, while more centrist Democrats have called on the party to pass the smaller bill and then work on the larger package.

Sanders, the chairman of the powerful Senate Budget Committee, has been increasingly vocal about his issues with Manchin’s posture in recent weeks, saying that “it’s not good enough to be vague.”