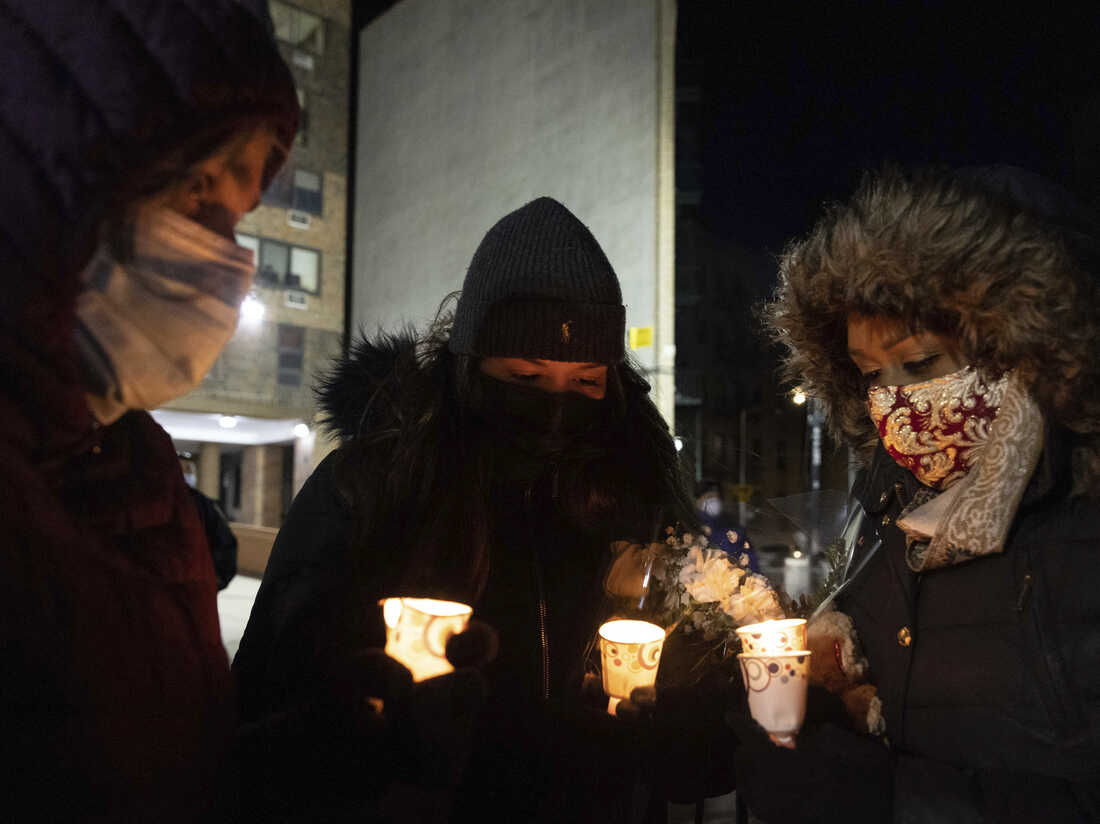 People gather Tuesday evening for a candlelight vigil outside the Bronx apartment building which was the scene of the city’s deadliest fire in decades. Yuki Iwamura/AP hide caption 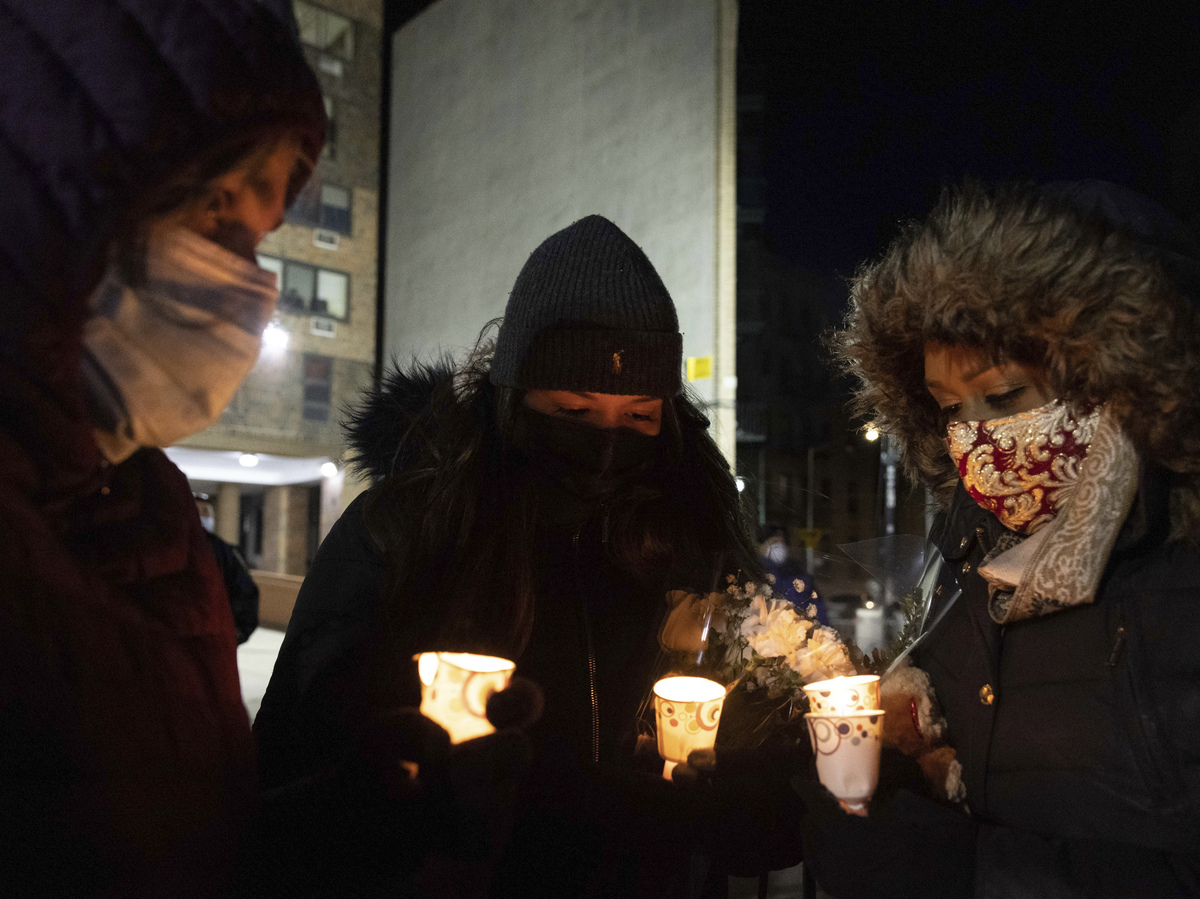 People gather Tuesday evening for a candlelight vigil outside the Bronx apartment building which was the scene of the city’s deadliest fire in decades.

Details of the 17 victims of the devastating fire at a Bronx apartment complex this weekend are slowly emerging. Many of those who died are said to have been immigrants from West Africa as well as a part of the local Muslim community.

Gambia’s foreign ministry said in statement on Facebook that it was “deeply saddened” to report that 11 Gambians, including six children, were killed in Sunday’s blaze.

A spokesperson for New York City’s medical examiner’s office said officials are working to confirm the identities of victims “through a careful forensic process.” The New York Police Department said the victims ranged in age from

Authorities say those killed included nine adults and eight children. A space heater in a unit on a lower level is believed to have started the blaze. The spokesperson for the medical examiner’s office indicated that for all 17 victims, the cause of death was smoke inhalation and the deaths have been ruled accidental.

A vigil for the victims was held Tuesday evening. 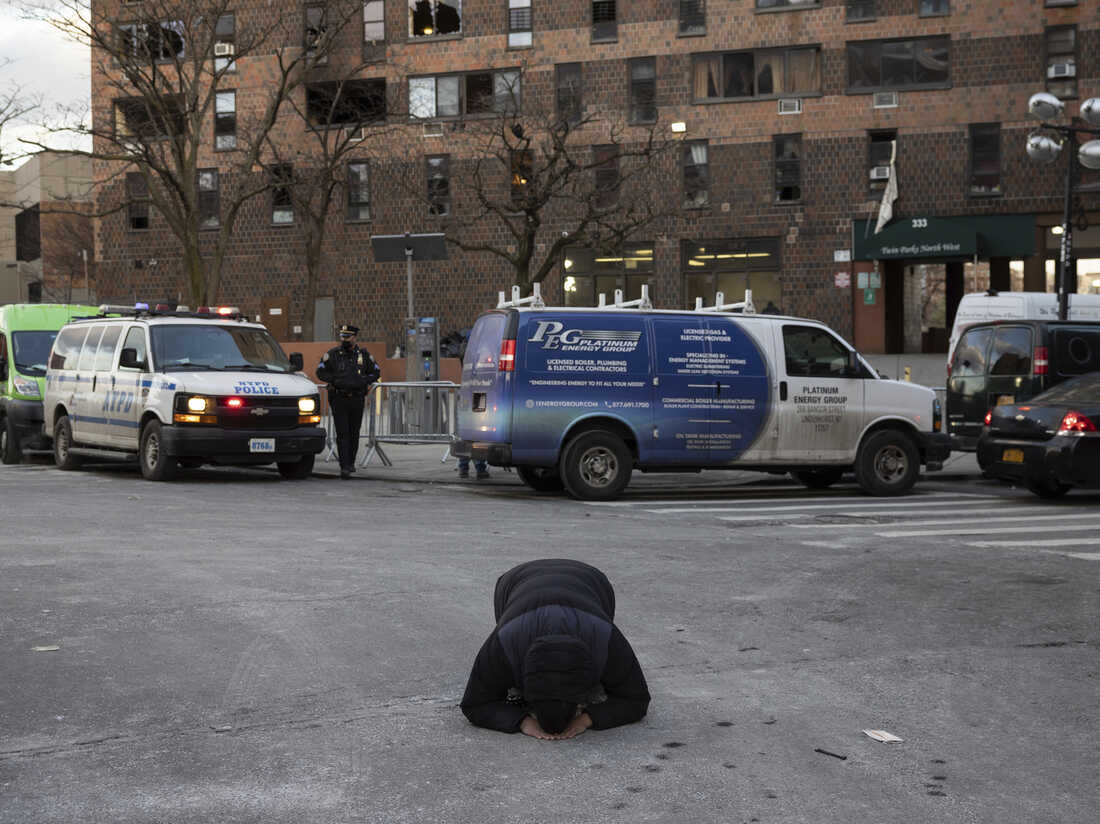 A person prays Monday outside the Bronx apartment building where the fire occurred a day earlier. Yuki Iwamura/AP hide caption 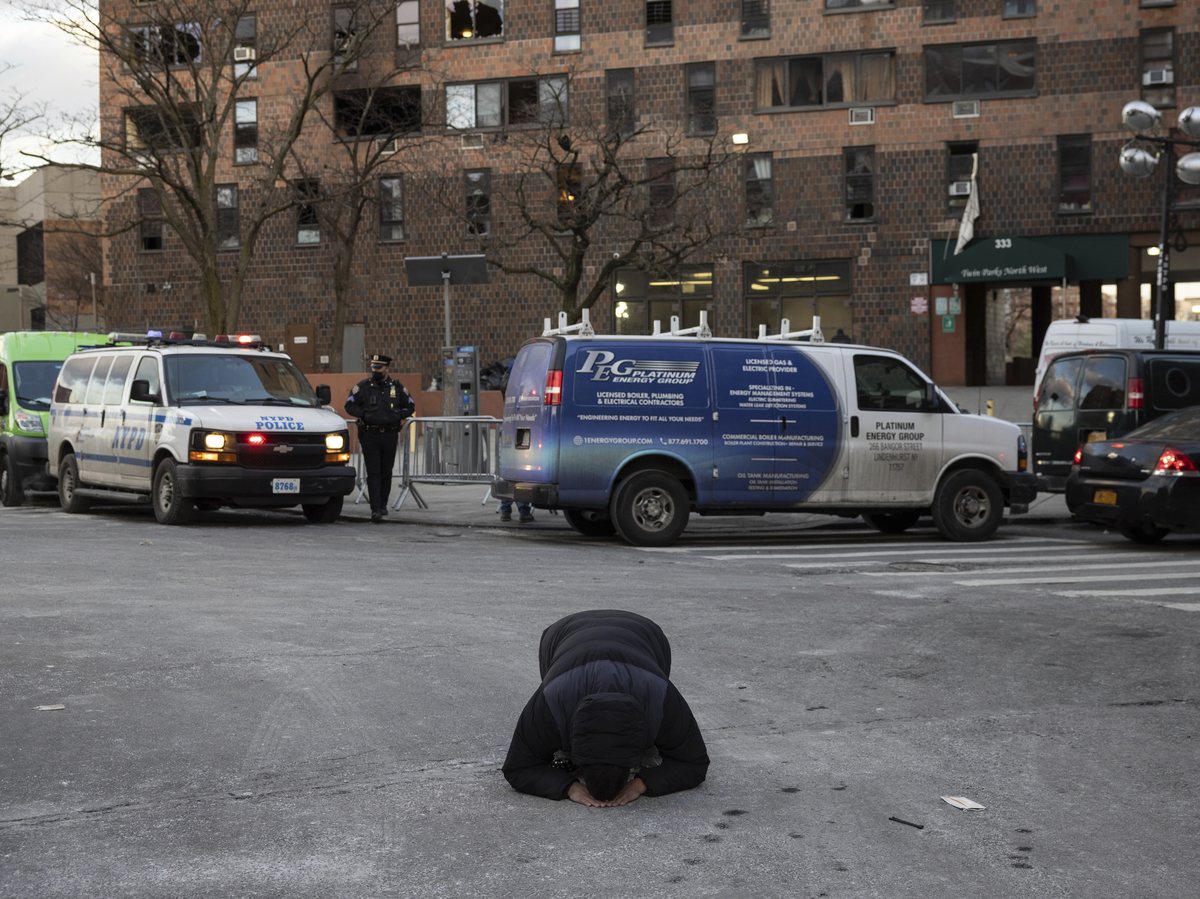 A person prays Monday outside the Bronx apartment building where the fire occurred a day earlier.

Members of the West African community who live around the 19-story apartment building have come together offering money, clothes, food and prayers to families of the dead and the survivors.

Several of the victims were patrons of a local mosque — Masjid-ur-Rahmah — which stands just a few blocks from the site of the fire.

“This is the same people who were praying with us in this center and the same children who passed away — they used to come here every Saturday and Sunday,” said the mosque’s imam, Musa Kabba, who spoke with NPR’s member station WNYC. “It’s going to be a little bit hard, but we will be able to face it.”

Many of Kabba’s congregants stemmed specifically from Gambia, Niger and Mali.

Momodou Sawaneh, the founder of the Gambian Youth Organization, said the building has been a sanctuary for the Gambian community in particular.

“I’ve known people who have been here for 30 years, 40 years,” he told WNYC. “This building is an identity of Gambian community, so that’s why it’s very tragic.”

The Gambian Youth Organization has also been raising money for their community. A GoFundMe page created by the group has more than $900,000 raised so far for the victims.

Individual fundraisers have popped up online, detailing the loss of several members of individual families. City officials have yet to confirm victims’ names, and efforts to contact these campaigns and family members have been unsuccessful. 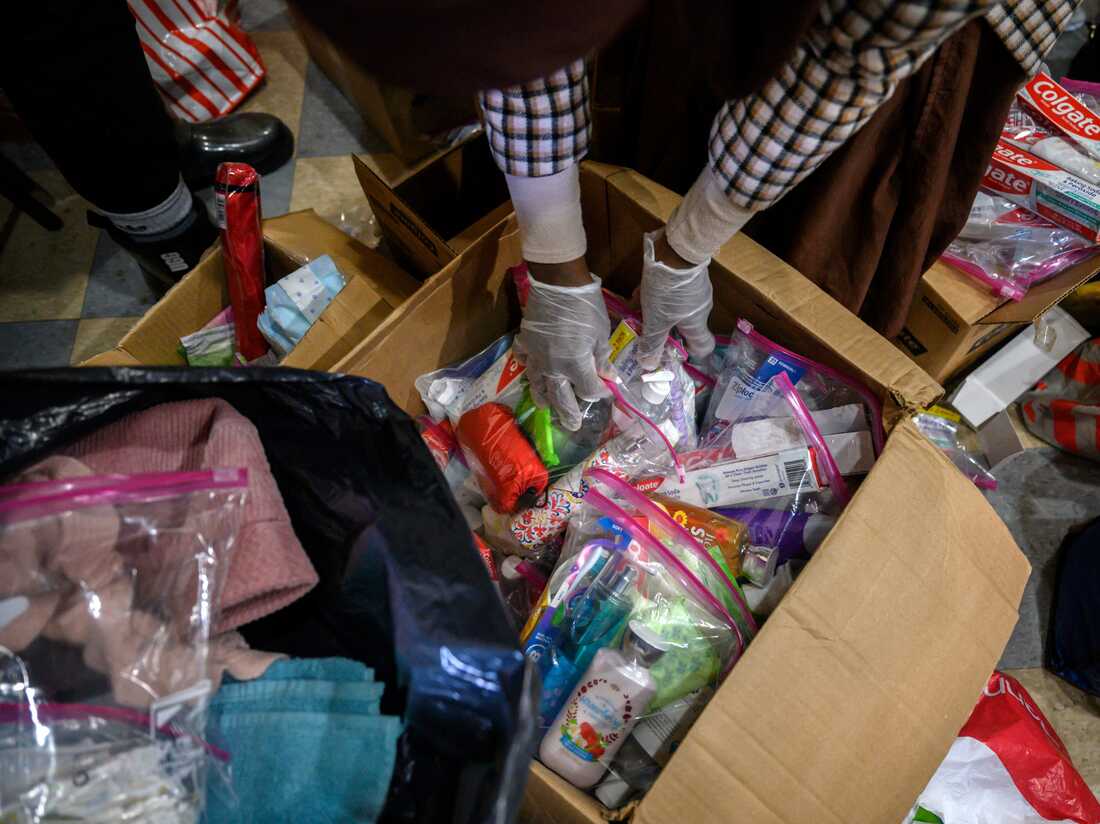 Volunteers prepare donations of clothes, food and other items for people displaced by a fire at an apartment building nearby in the Bronx. Ed Jones/AFP via Getty Images hide caption 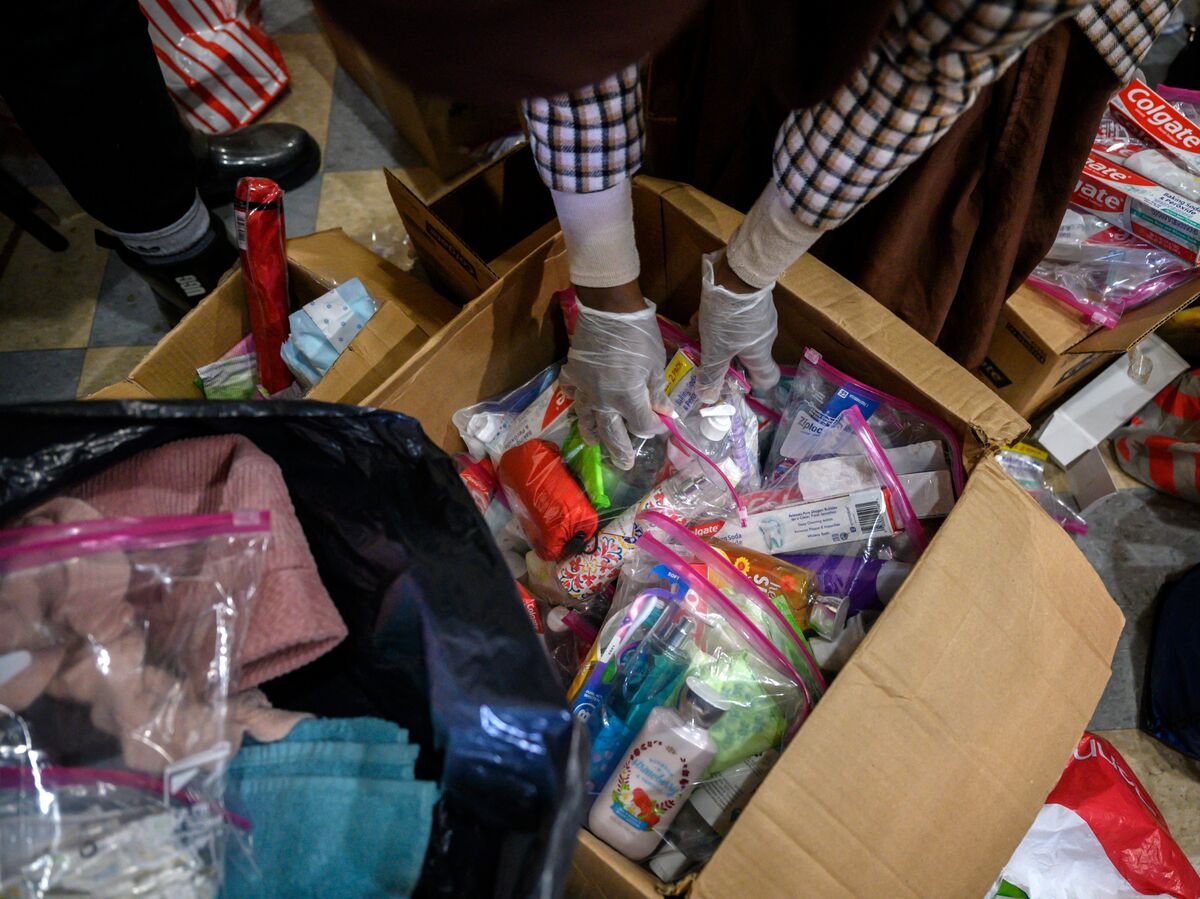 Volunteers prepare donations of clothes, food and other items for people displaced by a fire at an apartment building nearby in the Bronx.

Early reports indicate entire families were killed in the blaze.

Nhuma Darame wrote on a GoFundMe page she created for her cousin, Fatima Drammeh, that her cousin was at work when she heard a fire broke out in her building.

“As a community, it is our duty to come together during times [sic] like this and help one another in any way that we can,” Darame wrote.

The loss has been deeply felt outside of New York.

The Gambian ambassador, Dawda Docka Fadera, traveled from Washington, D.C., to New York City to stand with Mayor Eric Adams at a news conference about the fire.

“I think a lot of Gambians who came here, they stayed there before they moved anywhere else. This was kind of a first port of call, this building. It’s a building Gambians have a lot of attachment to,” Docka Fadera told CNN. “It’s so sad that this horrific and tragic incident took so many lives, and left many people fighting for their lives.” 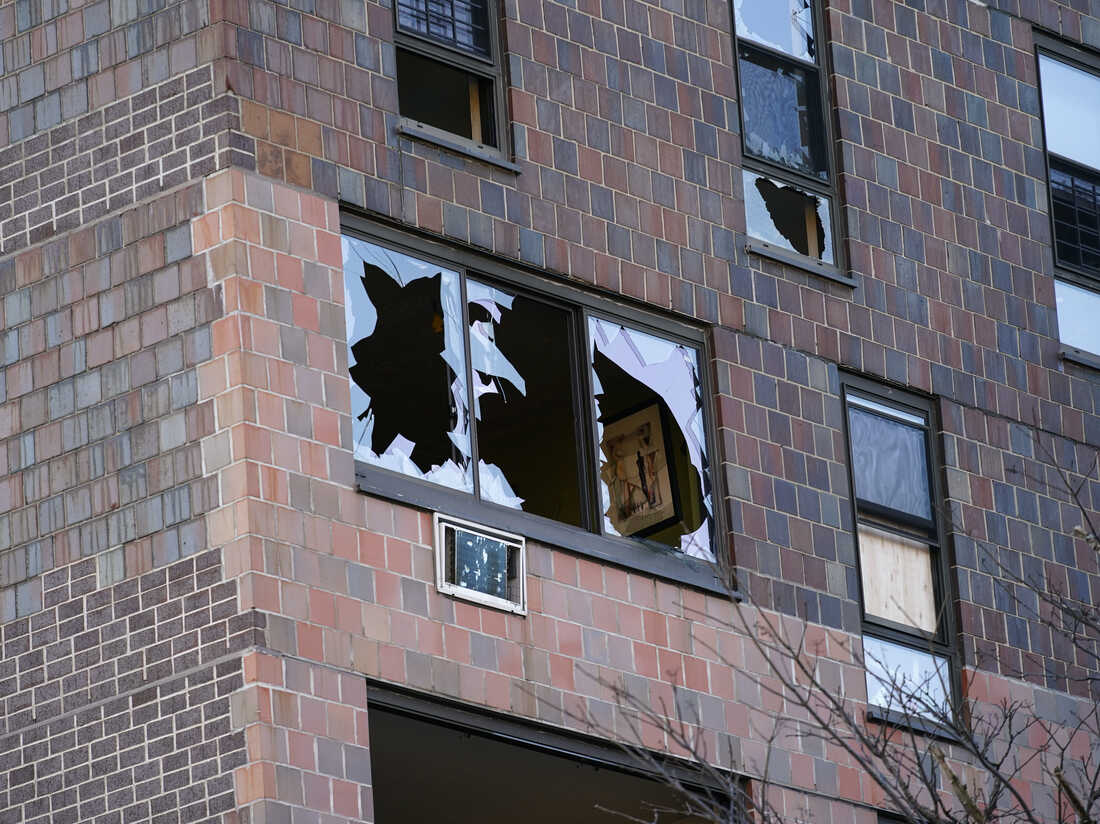 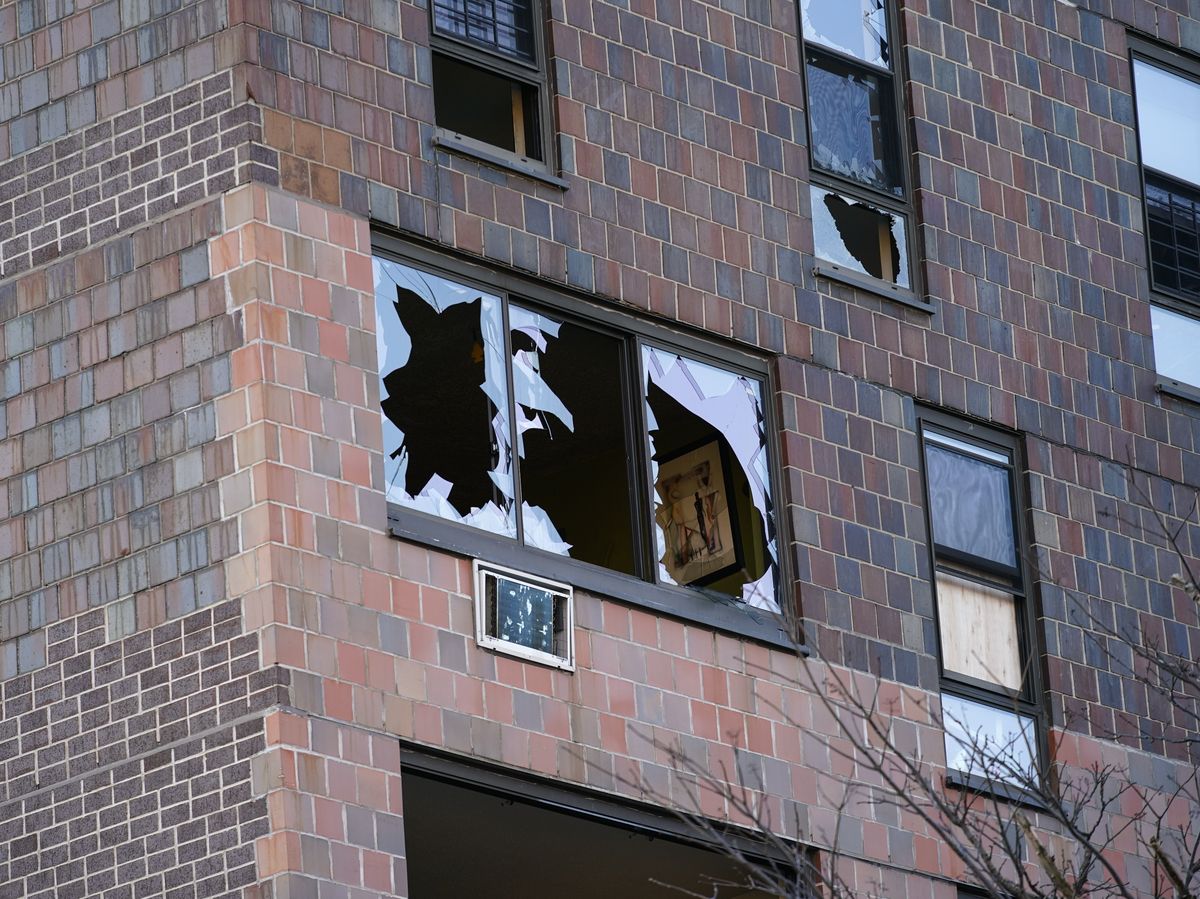 Windows in the apartment building are shattered following the fire.

Haji Dukuray told reporters that he lost five family members to the fire.

“We have faith, so we’re holding onto our faith,” he told the Post. “We are hanging in there as much as we can. We’re supporting each other.”

The impact was felt far away in Gambia, as well.

Adama Barrow, the country’s president, issued a statement declaring “profound sadness” at the huge loss of life. He said he is continuing to follow developments on the blaze.