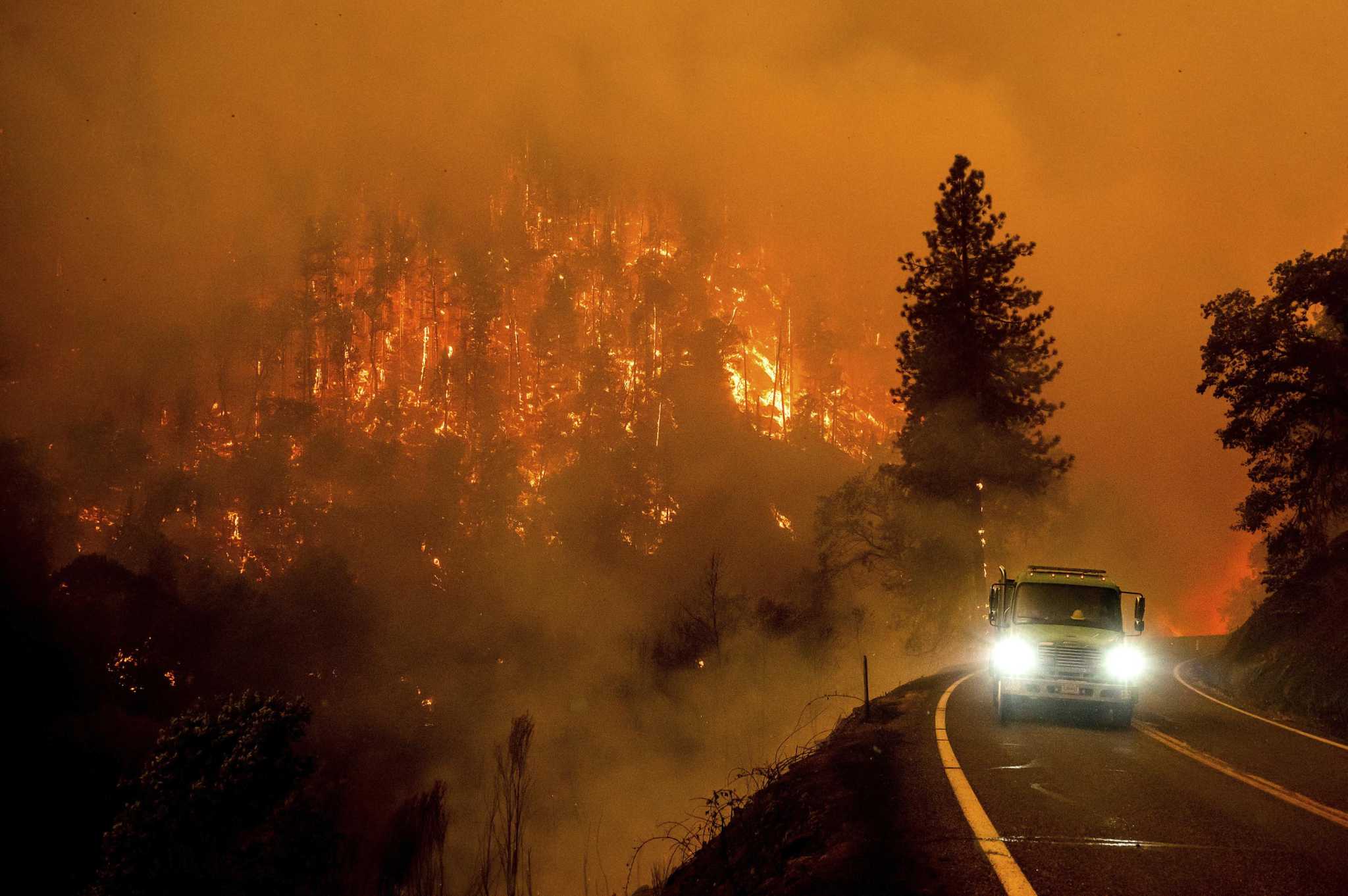 A wildfire burning in far Northern California that began around 2 p.m. on Friday had exploded to an estimated 30,000 to 40,000 acres in less than 24 hours due to windy conditions and other extreme weather, officials said.

Evacuation orders extended into western Yreka by Saturday evening, with evacuation warnings in place for all city residents west of Interstate 5.

The governor’s office had estimated earlier Saturday afternoon that some 2,000 people were under evacuation orders due to the fire.

Officials said thunderstorms and unpredictable winds in the area have made it difficult to determine the trajectory of the fire, which is burning in Klamath National Forest near the Oregon border.

“We still have thunderstorms in the area and that means lightning and erratic winds. I don’t believe that we’re expecting much precipitation,” said Caroline Quintanilla, a public information officer for the Klamath Nation Forest, on Saturday afternoon. “The dry lightning is of concern.”

The fire was 1% contained by Saturday evening, and fire weather warnings were in effect for the area Sunday and Monday.

“It has been a crazy time period,” said Yreka resident Kiko Gomez, speaking by phone on Saturday afternoon. “I’m feeling a bit nervous, not only for myself but others.”

Gomez, who left Yreka on Saturday evening, said that after living in the area for over a decade, this is the closest a fire has ever been.

In a sign of its extreme behavior, the wildfire sent a 50,000 foot pyrocumulonimbus cloud — a plume generated by intensely burning fires — into the air, pushing smoke high above the clouds, climate scientist Daniel Swain noted on Twitter.

Smoke from the fire was blowing to the northeast and was not expected to affect the Bay Area.

Siskiyou County Supervisor Brandon Criss, whose district is east of Yreka, said he has friends in the city packing and getting ready to leave. He said he could smell the thick smoke at his home in Dorris, just south of the Oregon border.

“The fire has grown exponentially over the last short while,” he said. He added the Board of Supervisors will likely declare a state of emergency in the county during its meeting on Tuesday.

No information is available on the cause of the fire. The state of emergency declaration from Newsom’s office will help cut red tape and speed resources to the region, including potentially from other states.

The area around the fire was under a fire weather watch through Monday as lightning was expected over dry vegetation. Two additional fires in Siskiyou County — the China 2 and Evans fires — are also prompting evacuation warnings for over 200 residents. The two blazes merged earlier today and have burned more than 300 acres.

Crews from multiple agencies are battling the flames. Firefighters from the U.S. Forest Service are currently in charge, but a California Incident Management Team, which coordinates agencies like the Forest Service and Cal Fire, was scheduled to take over Sunday morning.

Siskiyou County Supervisor Ed Valenzuela, who represents Mount Shasta, said even though he is miles away from the blaze, he can see the clouds of smoke from his backyard.

“Hopefully with the weather moderating they can get a handle on it,” he said. “This is not the first rodeo. We’ve gone through fires.”