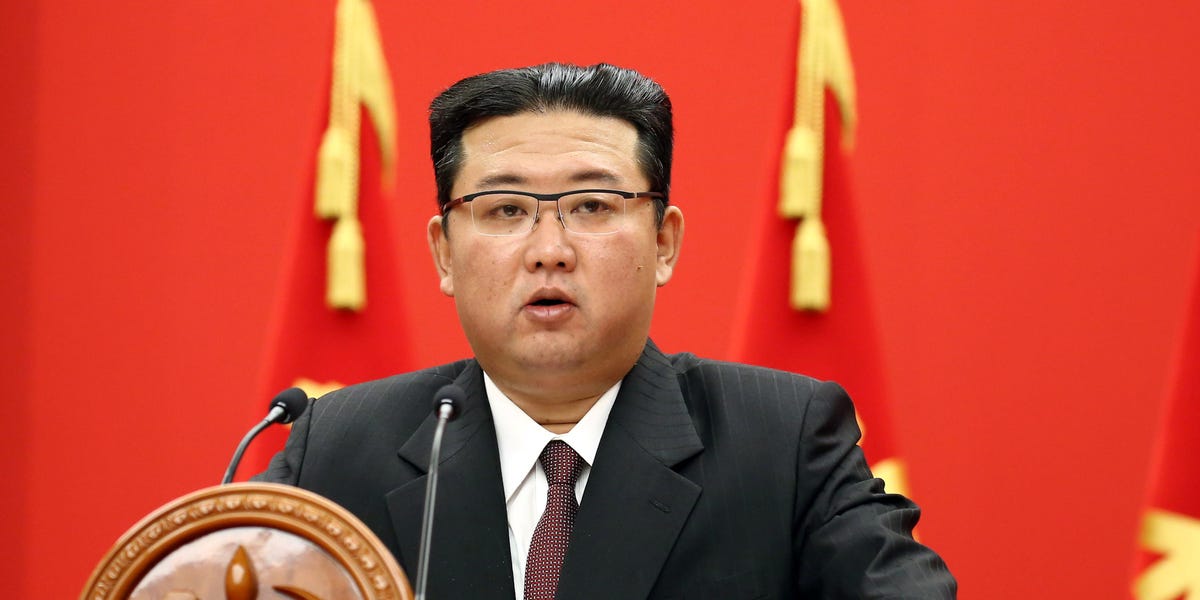 Kim Jong Un was presumed to be sick when he vanished from public life several times this year, but he was actually judging designs for wine bottles, cargo ships, and school uniforms, according to an analysis from NK News.

The North Korean leader vanished several times between January and May, prompting some experts who keep close tabs on Kim’s every move to speculate he might be unwell.

But according to NK News, Kim’s absences matched up with dates displayed at Thursday’s national industrial art exhibition in Pyongyang, which showed when Kim had been judging the designs.

Footage of the event, broadcast by the state-run KCTV news network, showed a large display board that listed 25 days this year when Kim was “guiding” some 110 designs to their completion, NK News said.

Most dates fell between February and May, NK News said, with a smattering more in August.

Kim has taken at least seven breaks lasting at least two weeks in 2021, according to NK News. He also disappeared from public view for long stretches in 2020.

In June, Kim reappeared in public looking substantially thinner than before, following a nearly monthlong absence.

In May, just before he reappeared, Kim was assessing designs for branding associated with the Wonsan-Kalma beach resort, NK News reported.

He also spent much of February judging designs for logos associated with a new tourist resort near the northern city of Samjiyon, the report said.

As Insider’s Ryan Pickrell has reported, Kim’s weight and health have long been considered risk factors for the North Korean regime and have fueled speculation over his successor if he died suddenly.