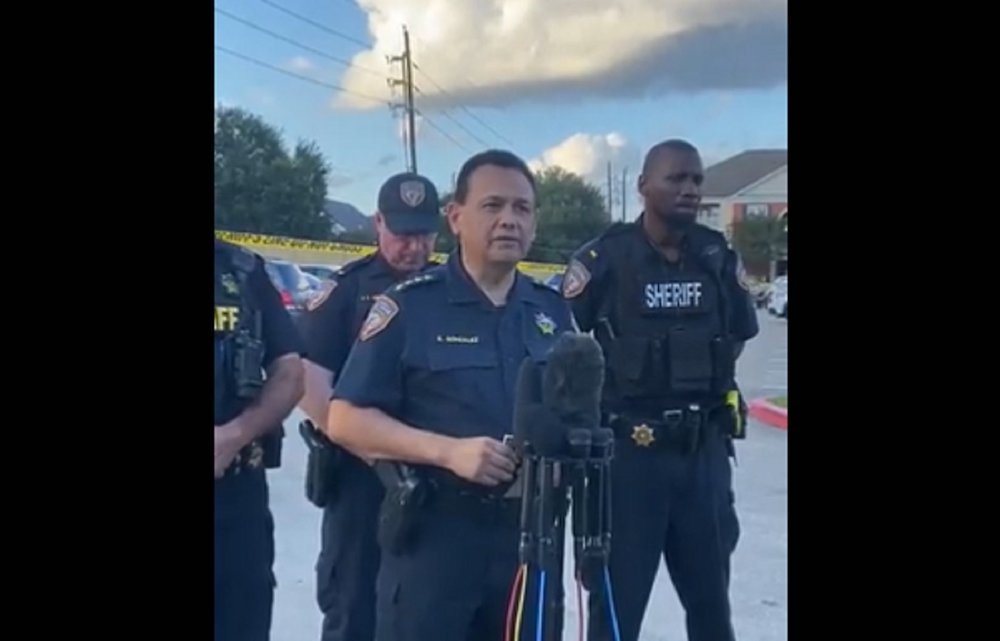 (CNN) — A Texas mother and her boyfriend have been charged after authorities found three young siblings abandoned in a home along with the decaying body of their brother, police said Tuesday.

Brian W. Coulter, 31, was charged with murder in the death of an 8-year-old child — who died in 2020 — and whose remains were found inside the Houston home, Harris County Sheriff Ed Gonzalez said in a tweet.

Sheriff’s deputies made the horrifying discovery on Sunday when they found three children — 15, 10 and 7 years old — and the dead body of the child.

“I had never heard of a scenario like this. It really caught me by surprise,” Harris County Sheriff Ed Gonzalez said in a news conference Sunday.

The mother, Gloria Y. Williams, was charged with injury to a child by omission and tampering with evidence involving a human corpse, Gonzalez said.

According to CNN affiliate KTRK, the Harris County medical examiner determined that the child suffered multiple blunt force injuries, resulting in his death by homicide.

In a news release, the sheriff’s office said the 15-year-old called authorities and said his 9-year-old brother has been dead for a year and that his body was in the room next to his. The teen said his parents had not lived in the apartment for several months.

“It seems that they were in there while the body was deteriorating,” Gonzalez said.

Investigators found the body unconcealed in the apartment, Gonzalez said. He didn’t know how or when the child died.

“It appears the remains had been there for an extended period of time, and I emphasize extended,” he said. When asked if he meant for weeks, he said “much longer than that.”

Gonzalez said it looked like the 15-year-old had been taking care of his younger siblings the best he could.

“It appears that they were basically fending for each other,” Gonzalez said, adding that the children were living in “pretty deplorable conditions.”

The two younger children appeared malnourished and showed signs of physical injury, the sheriff’s office said. All three were transported to a hospital for treatment.

The Harris County District Attorney’s Office said it plans “to get to the bottom of what these children have endured.”

“Our specialized prosecutors continue to work with the sheriff’s deputies, as this horror is thoroughly investigated,” spokesperson Dane Schiller said in an email to CNN.

The cause of the child’s death is under investigation.