Via Common Sense with Bari Weiss,

We all know that something morally grotesque is swallowing liberal America. Almost no one wants to risk talking about it out loud.

Every day I get phone calls from anxious Americans complaining about an ideology that wants to pull all of us into the past.

I get calls from parents telling me about the damaging things being taught in schools: so-called antiracist programs that urge children to obsess on the color of their skin.

I get calls from young people just launching their careers telling me that they feel they have no choice but to profess fealty to this ideology in order to keep their jobs.

Almost no one who calls me is willing to go public.

And I understand why.

To go public with what’s happening is to risk their jobs and their reputations.

But the hour is very late. It calls for courage. And courage has come in the form of a woman named Jodi Shaw. 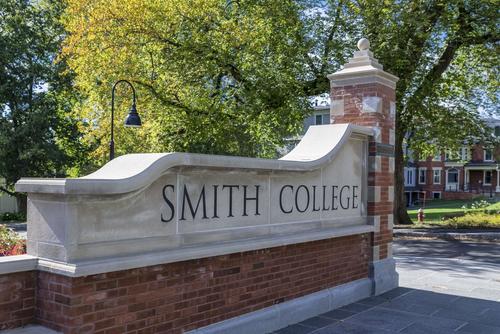 Jodi Shaw was, until this afternoon, a staffer at Smith College in Northampton, Massachusetts. She made $45,000 a year – less than the yearly tuition at the school.

She is a divorced mother of two children. She is a lifelong liberal and an alumna of the college. And she has had a front-row seat to the illiberal, neo-racist ideology masquerading as progress.

In October 2020, after Shaw felt that she had exhausted all her internal options, she posted a video on YouTube, blowing the whistle on, what she says, is an atmosphere of racial discrimination at the school.

“I ask that Smith College stop reducing my personhood to a racial category. Stop telling me what I must think and feel about myself,” she said.

“Stop presuming to know who I am or what my culture is based upon my skin color. Stop asking me to project stereotypes and assumptions onto others based on their skin color.”

Now today, she is resigning from the college.

In doing that — and in speaking out — she is turning down a settlement that would have given her a much easier way out. We need more people like her.

Here’s how Shaw put it in her resignation letter to Smith College President Kathleen McCartney, which she sent to me to publish in full:

I am writing to notify you that effective today, I am resigning from my position as Student Support Coordinator in the Department of Residence Life at Smith College. This has not been an easy decision, as I now face a deeply uncertain future. As a divorced mother of two, the economic uncertainty brought about by this resignation will impact my children as well. But I have no choice. The racially hostile environment that the college has subjected me to for the past two and a half years has left me physically and mentally debilitated. I can no longer work in this environment, nor can I remain silent about a matter so central to basic human dignity and freedom.

I graduated from Smith College in 1993. Those four years were among the best in my life. Naturally, I was over the moon when, years later, I had the opportunity to join Smith as a staff member. I loved my job and I loved being back at Smith.

But the climate – and my place at the college – changed dramatically when, in July 2018, the culture war arrived at our campus when a student accused a white staff member of calling campus security on her because of racial bias. The student, who is black, shared her account of this incident widely on social media, drawing a lot of attention to the college.

Before even investigating the facts of the incident, the college immediately issued a public apology to the student, placed the employee on leave, and announced its intention to create new initiatives, committees, workshops, trainings, and policies aimed at combating “systemic racism” on campus.

In spite of an independent investigation into the incident that found no evidence of racial bias, the college ramped up its initiatives aimed at dismantling the supposed racism that pervades the campus. This only served to support the now prevailing narrative that the incident had been racially motivated and that Smith staff are racist.

Allowing this narrative to dominate has had a profound impact on the Smith community and on me personally. For example, in August 2018, just days before I was to present a library orientation program into which I had poured a tremendous amount of time and effort, and which had previously been approved by my supervisors, I was told that I could not proceed with the planned program. Because it was going to be done in rap form and “because you are white,” as my supervisor told me, that could be viewed as “cultural appropriation.” My supervisor made clear he did not object to a rap in general, nor to the idea of using music to convey orientation information to students. The problem was my skin color.

I was up for a full-time position in the library at that time, and I was essentially informed that my candidacy for that position was dependent upon my ability, in a matter of days, to reinvent a program to which I had devoted months of time.

Humiliated, and knowing my candidacy for the full-time position was now dead in the water, I moved into my current, lower-paying position as Student Support Coordinator in the Department of Residence Life.

As it turned out, my experience in the library was just the beginning. In my new position, I was told on multiple occasions that discussing my personal thoughts and feelings about my skin color is a requirement of my job. I endured racially hostile comments, and was expected to participate in racially prejudicial behavior as a continued condition of my employment. I endured meetings in which another staff member violently banged his fist on the table, chanting “Rich, white women! Rich, white women!” in reference to Smith alumnae. I listened to my supervisor openly name preferred racial quotas for job openings in our department. I was given supplemental literature in which the world’s population was reduced to two categories — “dominant group members” and “subordinated group members” — based solely on characteristics like race.

Every day, I watch my colleagues manage student conflict through the lens of race, projecting rigid assumptions and stereotypes on students, thereby reducing them to the color of their skin. I am asked to do the same, as well as to support a curriculum for students that teaches them to project those same stereotypes and assumptions onto themselves and others. I believe such a curriculum is dehumanizing, prevents authentic connection, and undermines the moral agency of young people who are just beginning to find their way in the world.

Although I have spoken to many staff and faculty at the college who are deeply troubled by all of this, they are too terrified to speak out about it. This illustrates the deeply hostile and fearful culture that pervades Smith College.

The last straw came in January 2020, when I attended a mandatory Residence Life staff retreat focused on racial issues. The hired facilitators asked each member of the department to respond to various personal questions about race and racial identity. When it was my turn to respond, I said “I don’t feel comfortable talking about that.” I was the only person in the room to abstain.

Later, the facilitators told everyone present that a white person’s discomfort at discussing their race is a symptom of “white fragility.” They said that the white person may seem like they are in distress, but that it is actually a “power play.” In other words, because I am white, my genuine discomfort was framed as an act of aggression. I was shamed and humiliated in front of all of my colleagues.

I filed an internal complaint about the hostile environment, but throughout that process, over the course of almost six months, I felt like my complaint was taken less seriously because of my race. I was told that the civil rights law protections were not created to help people like me. And after I filed my complaint, I started to experience retaliatory behavior, like having important aspects of my job taken away without explanation.

Under the guise of racial progress, Smith College has created a racially hostile environment in which individual acts of discrimination and hostility flourish. In this environment, people’s worth as human beings, and the degree to which they deserve to be treated with dignity and respect, is determined by the color of their skin. It is an environment in which dissenting from the new critical race orthodoxy — or even failing to swear fealty to it like some kind of McCarthy-era loyalty oath — is grounds for public humiliation and professional retaliation.

What passes for “progressive” today at Smith and at so many other institutions is regressive. It taps into humanity’s worst instincts to break down into warring factions, and I fear this is rapidly leading us to a very twisted place. It terrifies me that others don’t seem to see that racial segregation and demonization are wrong and dangerous no matter what its victims look like. Being told that any disagreement or feelings of discomfort somehow upholds “white supremacy” is not just morally wrong. It is psychologically abusive.

Equally troubling are the many others who understand and know full well how damaging this is, but do not speak out due to fear of professional retaliation, social censure, and loss of their livelihood and reputation. I fear that by the time people see it, or those who see it manage to screw up the moral courage to speak out, it will be too late.

I wanted to change things at Smith. I hoped that by bringing an internal complaint, I could somehow get the administration to see that their capitulation to critical race orthodoxy was causing real, measurable harm. When that failed, I hoped that drawing public attention to these problems at Smith would finally awaken the administration to this reality. I have come to conclude, however, that the college is so deeply committed to this toxic ideology that the only way for me to escape the racially hostile climate is to resign. It is completely unacceptable that we are now living in a culture in which one must choose between remaining in a racially hostile, psychologically abusive environment or giving up their income.

As a proud Smith alum, I know what a critical role this institution has played in shaping my life and the lives of so many women for one hundred and fifty years. I want to see this institution be the force for good I know it can be. I will not give up fighting against the dangerous pall of orthodoxy that has descended over Smith and so many of our educational institutions.

This was an extremely difficult decision for me and comes at a deep personal cost. I make $45,000 a year; less than a year’s tuition for a Smith student. I was offered a settlement in exchange for my silence, but I turned it down. My need to tell the truth — and to be the kind of woman Smith taught me to be — makes it impossible for me to accept financial security at the expense of remaining silent about something I know is wrong. My children’s future, and indeed, our collective future as a free nation, depends on people having the courage to stand up to this dangerous and divisive ideology, no matter the cost.

If you would like to help support Jodi with her legal fees during this time – and I hope you do – here is her GoFundMe.

This is a very important letter, and I hope you share it far and wide.