The most-shorted universe of stocks, which wreaked so much havoc last week as hedge funds got steamrolled by the coordinated Reddit army leading to tens of billions in losses, continued to gain in the U.S. premarket on Monday after Trading app Robinhood reduced the number of companies with trading restrictions on its service to 8 from 50 ahead of Monday’s session (incidentally Robinhood CEO Vlad Tenev, speaking on a social audio app Clubhouse in an appearance with Elon Musk, said any rumors that the company was pressured to restrict trading on “meme stocks” were false, although the jury is still out on that). 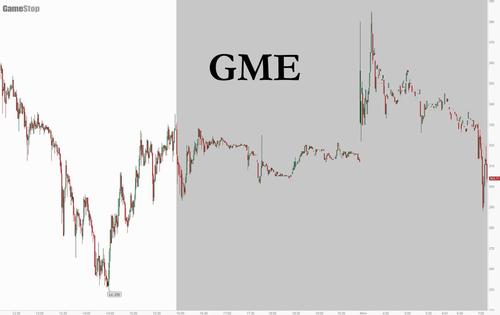 Among the catalysts cited for the surge, despite continuing to impose trading curbs on GameStop, AMC and six other stocks, on Sunday Robinhood removed restrictions on 42 others (including such boring, low beta names as GM and SBUX). Even so, clients can buy only 1 share in GameStop, and as many as 10 in AMC. The popular trading app put buying limits in place last week after its clearinghouse deposit requirements for equities increased.  Anger toward Citadel among WallStreetBets users only increased after Robinhood Markets imposed curbs on trading GameStop last week. Some alleged that Griffin, whose firm helps execute orders from Robinhood customers, might be behind an attempt to stamp out the rebellion of individual investors. Citadel and Robinhood both denied any involvement by the billionaire in the decision.

Here is how some of the perkiest most-shorted names were doing this morning: 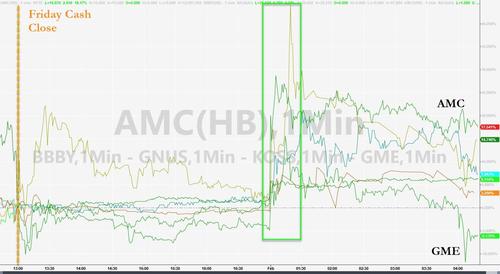 Not every company was up however: here are the fallers: