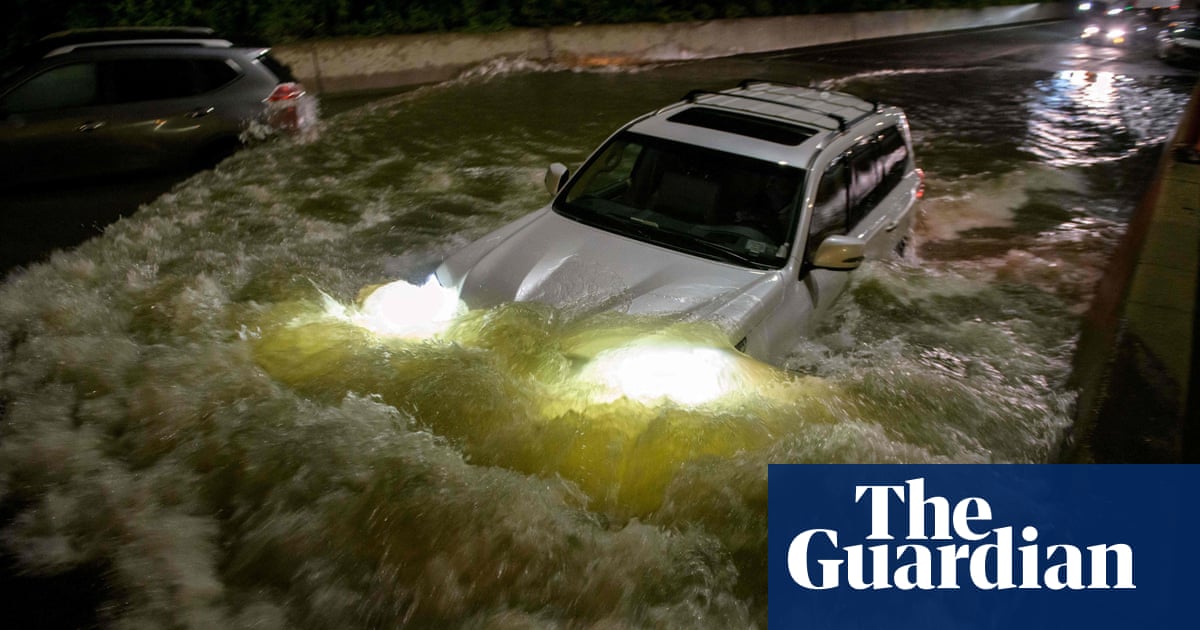 As the north-eastern US reeled from catastrophic damage caused by the remnants of Hurricane Ida, politicians and city officials warned that the climate crisis will bring more such events. According to the mayor of New York City, people should prepare for the “very, very worst”.

Despite a National Hurricane Center warning of the potential for “significant and life-threatening flash flooding”, the strength of the storm on Wednesday night took many by surprise. Dozens died across the area. In New York City, numerous people drowned in basement apartments.

Politicians were explicit in saying the climate crisis lay behind the storm, and warned that the region needs to prepare.

The New York mayor, Bill de Blasio, faced criticism for not warning his city effectively as the storm approached.

“Now we’ve got to change the ground rules,” he said. “From now on what I think we do is tell New Yorkers to expect the very, very worst. It may sound alarmist at times but unfortunately it’s proven by nature.”

The storm did seem to catch many New York officials off guard.

“We did not know that between 8.50pm and 9.50pm last night, that the heavens would literally open up and bring Niagara Falls-level water to the streets of New York,” said Kathy Hochul, who recently replaced the disgraced Andrew Cuomo as governor of New York.

Referring to videos on social media showing flooded stations, Hochul said: “For those who live in New York City in particular, it’s about building more resiliency around those subways.”

On Friday, De Blasio announced a set of initiatives to prepare for extreme weather events, including more aggressive travel bans to get residents off streets ahead of a storm and evacuations to assist people living in vulnerable spaces such as basement apartments.

“We are now going to be speaking to people living in the basement apartments – specific messages, specific cellphone alerts – telling people about the vulnerabilities they face in this kind of rain events,” De Blasio said.

He also discussed the potential for a database of basement apartments and using door-to-door evacuations.

The mayor also announced the formation of a 30-day Extreme Weather Response Task Force, to examine how the city can improve preparedness and responses.

“Extreme weather has become the norm,” De Blasio said. ‘We need to respond to it differently.”

The New Jersey governor, Phil Murphy,stressed his state had “a lot more work to do” in coping with natural disasters despite the steps already taken, including $1.5bn invested in water infrastructure over three years and $22m earmarked for floor-resilience projects.

The governor also announced $10m in state grants to help small businesses hurt by the storm.

On Thursday, Joe Biden said that when Congress goes back into session, he plans to push the Build Back Better plan, an infrastructure bill that aims to modernize infrastructure across the country.

“We need to be much better prepared,” the president said. “We need to act.”