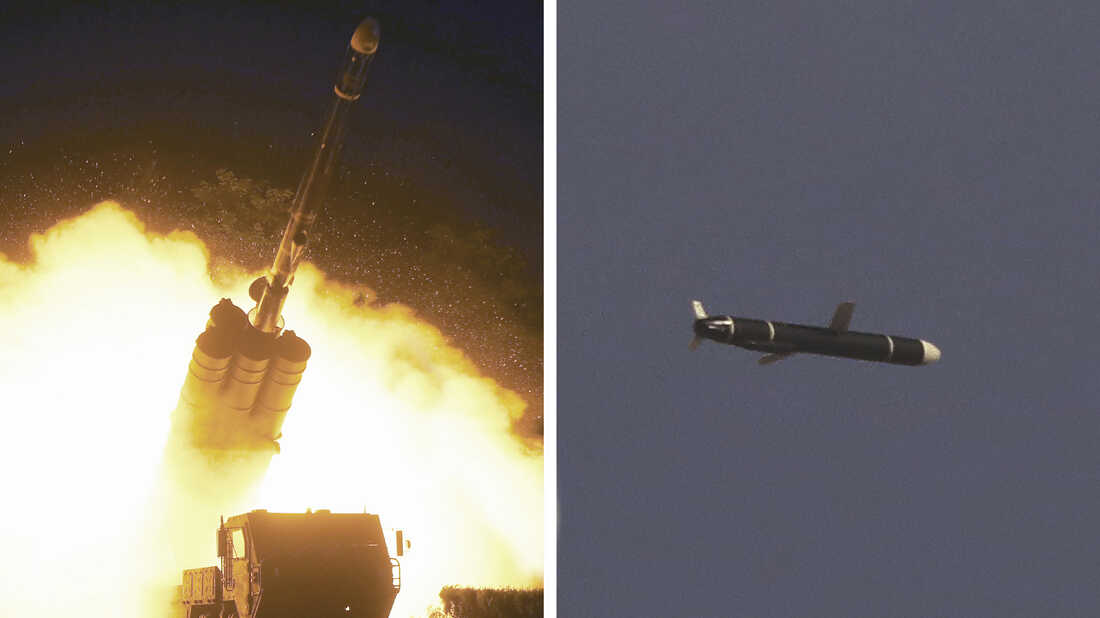 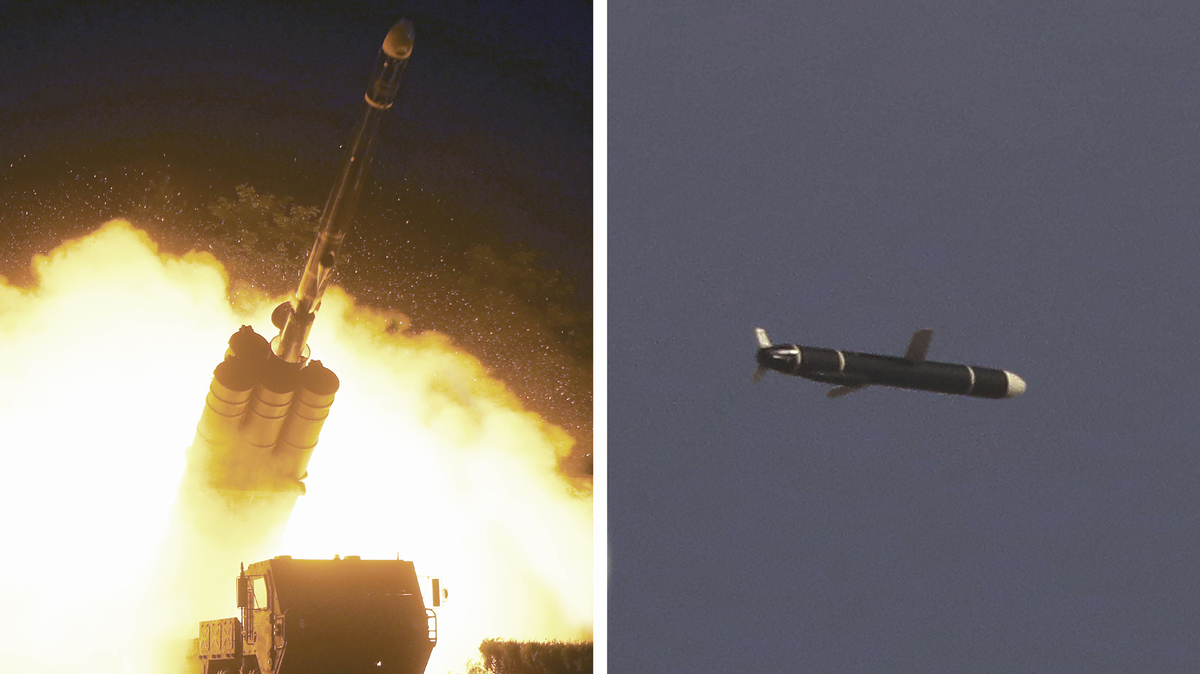 This combination of photos provided by the North Korean government on Monday shows long-range cruise missiles tests held on Sept. 11 and 12, in an undisclosed location of North Korea.

SEOUL, South Korea — North Korea says it successfully test fired what it described as newly developed long-range cruise missiles over the weekend, its first known testing activity in months, underscoring how it continues to expand its military capabilities amid a stalemate in nuclear negotiations with the United States.

The Korean Central News Agency said Monday the cruise missiles, which had been under development for two years, successfully hit targets 1,500 kilometers (932 miles) away during flight tests on Saturday and Sunday.

The North hailed its new missiles as a “strategic weapon of great significance” that meets leader Kim Jong Un’s call to strengthen the country’s military might, implying that they were being developed with an intent to arm them with nuclear warheads.

South Korea’s Joint Chiefs of Staff said the military was analyzing the North Korean launches based on U.S. and South Korean intelligence.

Kim during a congress of the ruling Workers’ Party in January doubled down on his pledge to bolster his nuclear deterrent in the face of U.S. sanctions and pressure and issued a long wish list of new sophisticated assets, including longer-range intercontinental ballistic missiles, nuclear-powered submarines, spy satellites and tactical nuclear weapons. Kim also said then that his national defense scientists were developing “intermediate-range cruise missiles with the most powerful warheads in the world.”

North Korea’s weapons tests are meant to build a nuclear and missile program that can stand up to what it claims as U.S. and South Korean hostility, but they are also considered by outside analysts as ways to make its political demands clear to leaders in Washington and Seoul.

The North’s resumption of testing activity is likely an attempt at pressuring the Biden administration over the diplomatic freeze after Kim failed to leverage his arsenal for economic benefits during the the presidency of Donald Trump.

But there hadn’t been any known test launches for months after that as Kim focused national efforts on fending off the coronavirus and salvaging his economy.

KCNA said the missiles tested over the weekend traveled for 126 minutes “along an oval and pattern-8 flight orbits” above North Korean land and waters before hitting their targets.

“The test launches showed that the technical indices such as the thrust power of the newly developed turbine-blast engine, the missiles’ navigation control and the end guided hit accuracy by the combined guided mode met the requirements of designs. In all, the efficiency and practicality of the weapon system operation was confirmed to be excellent,” it said.

It appeared that Kim wasn’t in attendance to observe the tests. KCNA said Kim’s top military official, Pak Jong Chon, observed the test-firings and called for the country’s defense scientists to go “all out to increase” the North’s military capabilities.

Kim’s powerful sister last month hinted that North Korea was ready to resume weapons testing while issuing a statement berating the United States and South Korea for continuing their joint military exercises, which she said was the “most vivid expression of U.S. hostile policy.”

She then said the North would boost its pre-emptive strike capabilities while another senior official threatened unspecified countermeasures that would leave the allies facing a “security crisis.”

The allies say the drills are defensive in nature, but they have canceled or downsized them in recent years to create space for diplomacy or in response to COVID-19.

Talks between the United States and North Korea have stalled since the collapse of a summit between Trump and Kim in 2019, when the Americans rejected the North’s demand for major sanctions relief in exchange for a partial surrender of its nuclear capabilities. Kim’s government has so far rejected the Biden administration’s overtures for dialogue, demanding that Washington abandon its “hostile” policies first.

The latest tests came after Kim threw an unusual parade in capital Pyongyang last week that was a marked departure from past militaristic displays, showcasing anti-virus workers in hazmat suits and civil defense organizations involved in industrial work and rebuilding communities destroyed by floods instead of missiles and other provocative weaponry.

Experts said that the parade was focused on domestic unity as Kim now faces perhaps his toughest test with North Korea wrestling with U.S.-led economic sanctions over its nuclear weapons, pandemic border closures that are causing further strain to its broken economy, and food shortages worsened by floods in recent summers.