Northern Lights could be visible in parts of the U.S. due to geomagnetic storm – CBS News 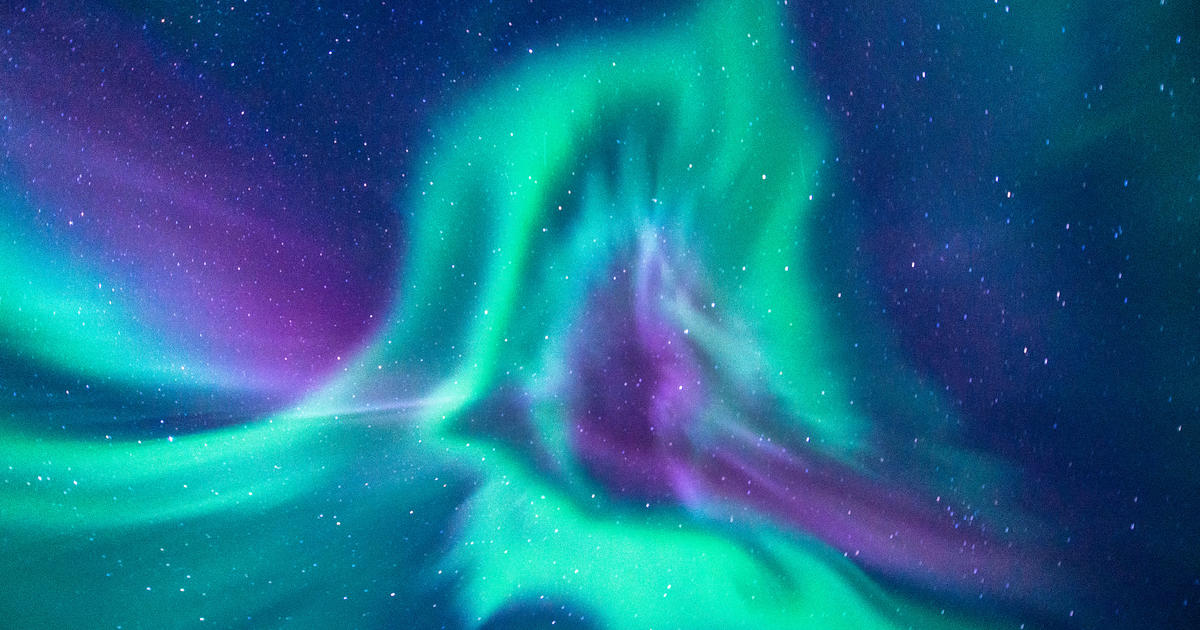 The Northern Lights are forecast to be visible from parts of the country on Saturday night. A strong geomagnetic storm watch was issued by the National Oceanic and Atmospheric Administration Space Weather Prediction Center on Thursday.

The agency said Saturday that there is a 99% chance of a minor or greater solar radiation storm to occur. The forecasted storm was ranked Thursday as a G3 storm, which NOAA classifies as strong on its scale from G1, a minor storm, to G5.

And with the impending geomagnetic storm, which is a big disturbance of the Earth’s magnetosphere, the Northern Lights, or aurora borealis, activity is forecast to be high.

The Lights may be visible on Saturday night from Portland, Oregon, to New York City and as far south as Oklahoma City, Oklahoma, and Raleigh, North Carolina, weather permitting, according to the University of Alaska’s Geophysical Institute.

Aurora borealis are the result of solar particles mixing with gases in the atmosphere of the planet and have been observed since ancient times, according to the Library of Congress. The Northern Lights can only be seen at night, and active periods usually last about 30 minutes and can occur every two hours if the activity is high, Space.com reports.

Tori B. Powell is a breaking news reporter at CBS News. Reach her at tori.powell@cbsinteractive.com