Retired Gen. Jack Keane discusses Biden’s ban on Russian oil and the potential talks with Iran and Venezuela on ‘The Evening Edit.’

U.S. crude rose more than 2% during overnight hours before giving back gains.

Americans will feel pain, too — at the gas pump – Biden acknowledged, declaring, “Defending freedom is going to cost.” 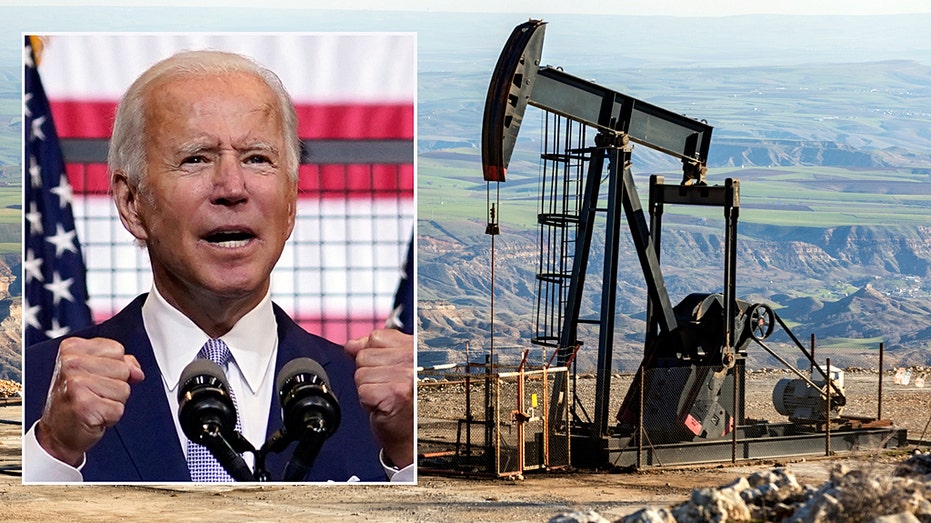 View of the pumpjack in the oil well of the oil field. The arrangement is commonly used for onshore wells producing little oil. Pumpjacks are common in oil-rich areas. (AP/iStock / AP Images)

The imports up until now had been an omission in the massive sanctions put in place on Russia over the invasion of Ukraine. Energy exports have kept a steady stream of cash flowing to Russia despite otherwise severe restrictions on its financial sector.

BIDEN’S MISLEADING SPIN ABOUT OIL PRODUCTION UNDER HIM VS. TRUMP

Ukrainian President Volodymyr Zelenskyy in a tweet praised Biden’s action: “Thankful for US and @POTUS personal leadership in striking in the heart of Putin’s war machine and banning oil, gas and coal from US market. Encourage other countries and leaders to follow.” 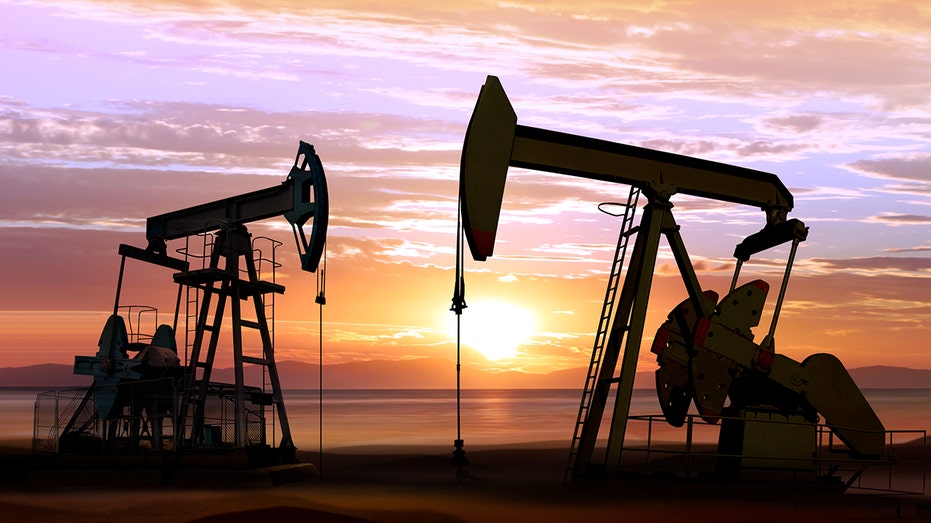 The European Union this week will commit to phasing out its reliance on Russia for energy needs as soon as possible, but filling the void without crippling EU economies will likely take some time. The U.K., which is no longer part of the EU, announced Tuesday that oil and oil products from Russia will be phased out by the end of the year.