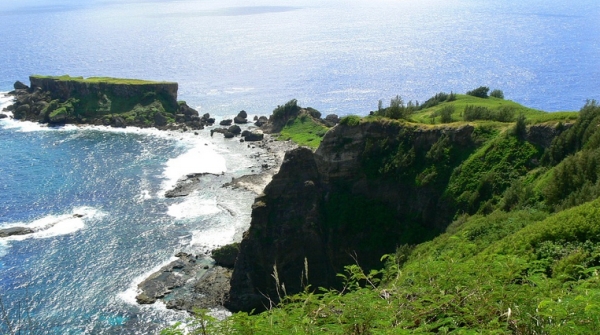 Many states and some federal officials have failed miserably in responding appropriately to the coronavirus pandemic. We can however learn much from a small commonwealth consisting of 14 islands in the northwest Pacific Ocean, the Northern Marianas Islands (CNMI) that has handled the crisis well from the start. This example is in stark comparison to the lack of confidence exhibited in a number of federal and state politicians who have not responded as well to the crisis.

Leadership is not easy, and one has to demonstrate they have the integrity and results to garner respect of the people. Many politicians had their courage to lead tested in the response to the unprecedented challenge faced by American citizens as a result of the coronavirus pandemic. Some used too much power and shut down states in a manner that inflicted long-term harm on the state’s economy while others did too little to stem the spread of the virus. Governor Ralph Dlg. Torres of the CNMI showed the appropriate balance between action and restraint that has left his island economically viable and with minimal infections over the course of the past year. While many politicians got it wrong – the CNMI is a case study in how to respond effectively to a crisis.

Today, many states are having a hard time figuring the appropriate standards for the distribution of the Moderna and Pfizer vaccines. The CNMI has the highest percentage of the population of any U.S. territory or state vaccinated against COVID-19 and hasn’t had a positive case in a long time. The commonwealth has a 5.6% vaccination rate as of January 7, 2021 as compared to South Dakota at 3.0% and Washington, D.C. at 2.2%. The territory of Guam was in a similar crisis, yet they have had far greater problems dealing with the pandemic and only have 2.3% of the population vaccinated. From beginning to now, the CNMI island territory has been a case study in how to address a pandemic in an appropriate fashion.

Unlike many states that had out of control outbreaks on the front end of the pandemic, the CNMI took early preventive measures to protect the citizens of the many islands of the commonwealth before the coronavirus hit the shores of the continental U.S. January 20th of last year, 20 days after COVID-19 was first discovered on the world stage, the CNMI became the first US territory to implement strong preventative measures under Governor Torres able leadership.  Imagine, just a mere 20 days after the coronavirus was first discovered on the world stage. The CNMI government implemented screening to ensure that no tourist with the coronavirus entered. This territory of the United States handled the crisis far better than the majority of the 50 states and the results have been excellent.

New York state is an example of the early failure that resulted in devastation for its residents. Vox reported on September 2, 2020, “according to experts, Cuomo and other New York leaders were initially slow to react to the coronavirus, letting the pathogen spread rapidly through the population before the state closed down. Some of that was due to a lack of understanding of the disease early on, but there were also steps Cuomo and others, experts argued, should have known to take even back then.” Governor Torres took the early steps of shutting down travel from Asia and took corrective action early to combat the coronavirus far before New York was impacted.

The expectations of leadership are that leaders take decisive action to address a crisis in a way that builds confidence in their decision making. This leads to a population that trusts a leader and follows their direction. Leadership helps to get the American people behind federal and state officials to stop the spread and to get a vaccine in the hands of people who most need it. Axios reported on September 2, 2020, “despite more than 180,000 deaths from COVID-19, the U.S. remains fatally divided over how to deal with a pandemic that will surely last for months more, if not longer” with “60% of Americans polled in the latest installment of that survey believing the federal government’s response is making the pandemic worse.” The residents of the CNMI have developed a trust in their leadership that has kept them safe while at the same time a number of other states contain residents who have lost trust in state and federal officials.

Isn’t it time we learn from successes rather than failures?

Bob Haueter was Deputy Chief of Staff to former Congressman Howard “Buck” McKeon, Chairman of the Armed Services Committee and Chairman of the Education and Workforce Committee. Mr. Haueter has also served as a Senior Advisor to Members of Congress.

The post Pacific islanders give lesson in responding to coronavirus appeared first on WND.