Pelosi goes all in with domestic agenda on the line – POLITICO 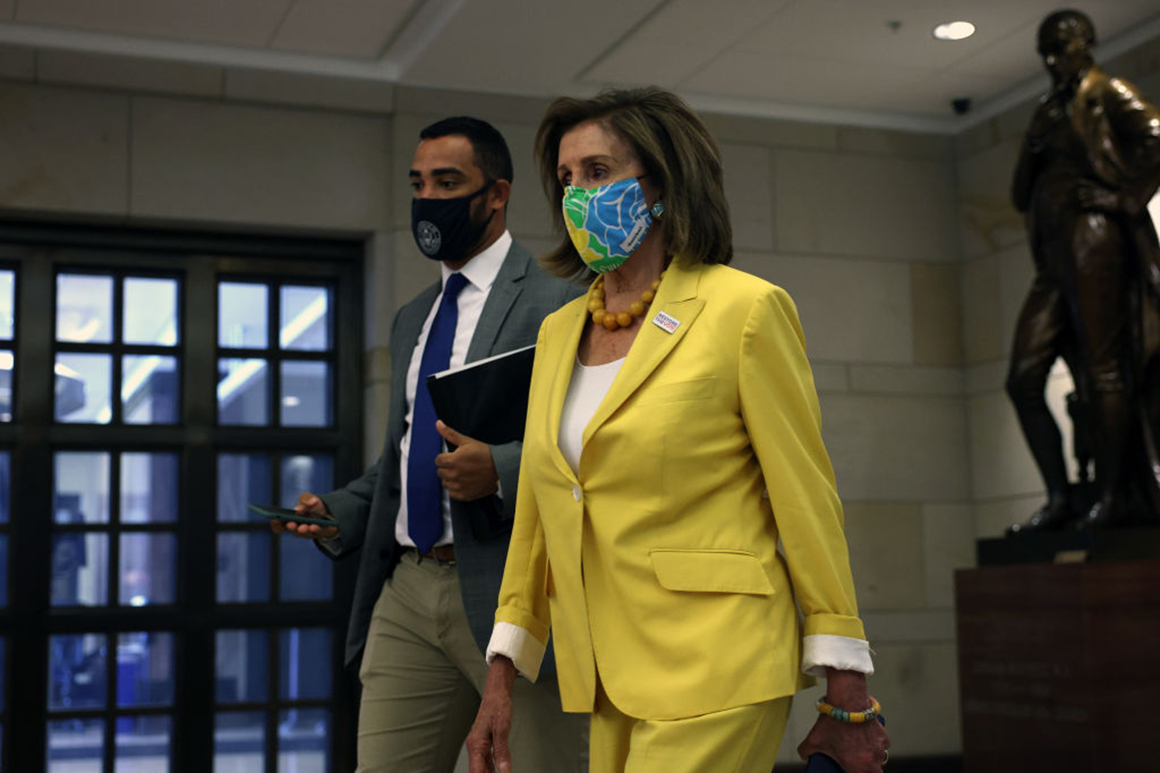 “I’ve got a lot of faith in Nancy Pelosi. She’s worked a lot of magic. This is probably the biggest challenge that she’s ever faced, that we as a caucus have faced,” said Rep. Anthony Brown (D-Md.).

“I’m not worried at the point now where I start taking my money out of the bank or out of the market,” he continued. “But I am very concerned that it could fail.”

Pelosi was the driving force behind the passage of Obamacare, a months-long herculean effort that would’ve imploded if not for her intervention. But as the longtime leader privately told her colleagues in recent weeks, the stakes couldn’t be higher nor the potential results more consequential than they are for the dual-track domestic agenda Democrats are currently pursuing. Medicare, paid leave, climate change: A host of party goals hang in the balance.

With her narrowest majority in history — just three House Democrats could derail the entire effort by defecting — Pelosi has less room to maneuver than ever before on what could end up being the biggest bill ever to pass Congress. And add in the possibility that this is Pelosi’s last term in Congress, the outcome of the coming weeks could effectively be the denouement of her long and historic career.

Democratic leaders are hoping to pass the infrastructure bill with $550 billion in new spending next week, sending it to Biden’s desk and fulfilling a vow to centrists to hold a vote by Sept. 27. At the same time, leadership is working feverishly to project enough momentum on the social spending package so progressives won’t revolt and potentially derail the entire effort.

As she does with tough votes, Pelosi has been relying on a grab bag of tactics — using her vast support network both inside and outside of the Capitol, tapping into an encyclopedic knowledge of individual members’ needs and requests, applying sheer force and subtly bending people to her will without them even realizing.

But even if everything goes according to plan next week — which would mean a successful vote on the Senate-passed infrastructure bill possibly followed by a vote on the sweeping social spending package — the biggest unknown remains firmly out of Pelosi’s grasp: Senate centrists.

Sens. Joe Manchin (D-W.Va.) and Kyrsten Sinema (D-Ariz.) have been outspoken about their reservations over the $3.5 trillion price tag for the spending bill but refuse to provide specifics about what dollar amount would be acceptable to them. Manchin has even called for a “pause” in the negotiations.

That has stalled House Democrats’ efforts, complicating Pelosi’s promises to the moderate and liberal factions of her caucus to move both the infrastructure bill and the larger spending package through simultaneously.

And a group of Pelosi’s centrist members insist that an agreement with the Senate is the only way that they’ll vote to move forward on that broader bill. They’ve vowed to vote against anything that falls short of a blessing from Manchin and Sinema, warning it amounts to just another House messaging bill that fails in the Senate.

Manchin is giving no indication he’s any closer to providing a topline spending number, despite pressure from Democratic leaders and Biden.

“What’s the need? There is no timeline. I want to understand it,” Manchin said in an interview this week. “Everybody knows me pretty well. My mind is my mind, not theirs.”

Pelosi has grown tired of waiting. So now she’s doing what she does best — forcing action in the House in the hopes that it unites her caucus’ warring factions and boots Manchin and Sinema from the sidelines.

The House Budget Committee will spend several hours Saturday assembling the various committee drafts. But the markup is largely symbolic; it won’t settle enormous issues such as the price tag or key policy disputes. Any major changes Democrats want to make will come later.

Pelosi has also vowed to hold a vote on the sweeping social spending plan next week. Many Democrats are privately skeptical that will happen given the massively complicated bill and the many outstanding issues with the Senate. But senior Democrats are hopeful that Pelosi can put on enough of a squeeze to convince Senate centrists to publicly agree to a topline spending target in the coming days.

“The pedal is not to the metal, the stiletto is through the floorboard,” said a senior Democratic aide familiar with Pelosi’s thinking. “Her foot is hanging out of the bottom of the car.”

Pelosi and Hoyer reiterated Friday as lawmakers left the Capitol that they would tee up the infrastructure bill on Monday, as promised to their moderate members, although privately aides admit the vote itself could happen later in the week.

Progressives, meanwhile, have balked at the prospect of voting on infrastructure so soon, reiterating Pelosi’s pledge that she wouldn’t hold that vote until the Senate passed the larger social spending plan.

Given that dilemma, some Democrats privately wonder if Pelosi had over-promised and might under-deliver next week, angering all wings of the caucus at a crucial time. But no members would go on the record to express those frustrations, for fear of blowback from Pelosi and her allies.

Liberal leaders in the House, including Rep. Ilhan Omar (D-Minn.), have repeatedly said they have faith in the speaker to unite the caucus ahead of the planned vote next week.

“There has to be strategy, movement in order for us to get what we all want,” Omar said. “And I trust that the speaker will come up with the best strategy forward.”

But those same progressives insist they’re willing to sink the bill if their demands aren’t met — just as moderates dig in for their own priority.

“Everyone’s a little worried their priorities won’t be fulfilled,” said Rep. Don Beyer (D-Va.). “We very much hope that we’ll keep and build on our majority — but what if we don’t? The trifectas are relatively rare.”

The prolonged standoff illustrates just how much relations between the two factions of Pelosi’s caucus have eroded as negotiations took off this summer and fall. The deep distrust across the moderate and progressive camps is so pronounced that both sides have taken to issuing public demands, rather than negotiating privately, in hopes of leveraging their power in the House.

Democrats “will have to perform on the big stage next week,” Jeffries said. “It’s a high stakes moment, but once again we will get the job done.”

Burgess Everett contributed to this report.