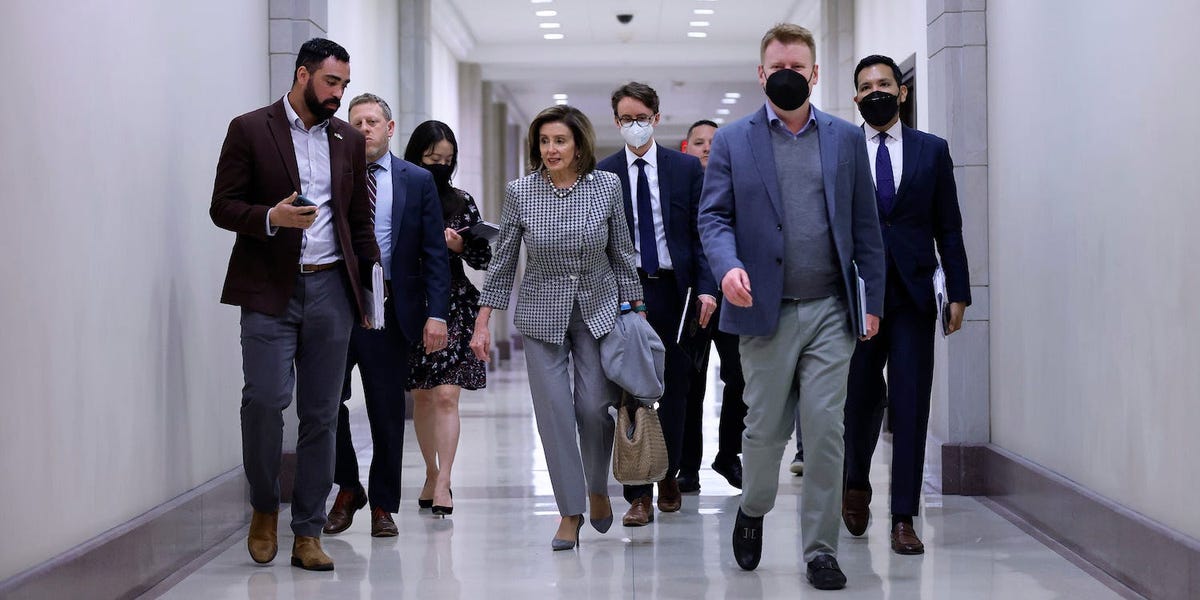 The Pentagon is prepared to send fighter jets and warships to protect House Speaker Nancy Pelosi if she visits Taiwan, the Associated Press reported Wednesday, amid China’s threat to take military action if she goes.

The AP reported, citing unnamed US officials, that the Department of Defense had been developing security plans to keep Pelosi safe should her trip to Taiwan in August go ahead.

The officials said the plans likely involve sending fighter jets, ships, and surveillance assets to protect her on her flights to and out of Taiwan as well as on the ground.

The report comes amid China’s repeated warnings that Pelosi not visit the self-ruling island, which it sees as part of China.

Tan also threatened military action, adding: “If the US insists on taking its own course, the Chinese military will never sit idly by, and it will definitely take strong actions to thwart any external force’s interference.

Pelosi was supposed to travel to Taiwan in April but did not end up going because she tested positive for the coronavirus. She has a tentative trip planned for August, the Financial Times reported, but it has not been confirmed.

“I don’t ever discuss my travel plans. It’s a matter of security,” Pelosi told reporters on Wednesday.

China has long claimed that Taiwan — located around 100 miles away from its east coast — is part of the mainland, which Taiwan opposes. China has vocally opposed any recognition of Taiwan as its own country.

In recent months, the country has stepped up its rhetoric and military actions toward Taiwan, with Chinese planes carrying out multiple training exercises near Taiwan’s air space.

The US publicly showed support for Taiwan after Russia invaded Ukraine earlier this year. Taiwanese leaders have expressed fears that China would do the same in Taiwan.

It is not abnormal to implement additional safety measures for senior leaders who are traveling overseas, but the officials told the AP that Pelosi would receive more security than usual.

The Department of Defense and representatives for Pelosi did not immediately respond to Insider’s request for comment.

If Pelosi’s trip is confirmed, she would be the highest-ranking US official to visit Taiwan in over 20 years.