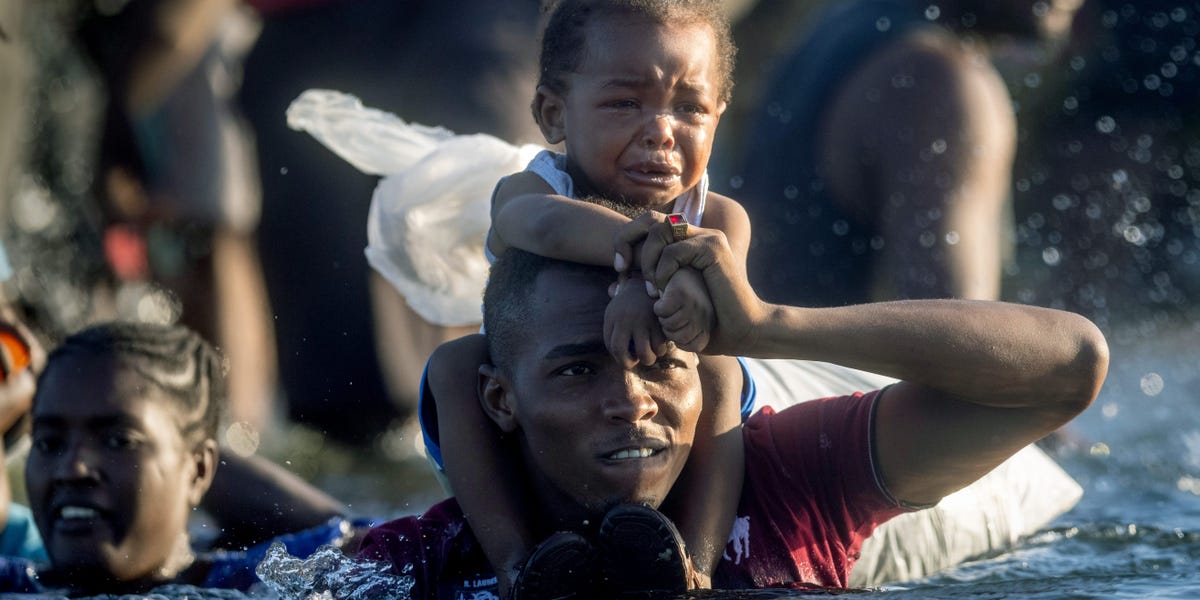 Photos captured between Friday, September 17, and Monday, September 20 show Haitian migrants trying to navigate the humanitarian crisis at the US and Mexico border.

Some of the estimated 14,000 mainly Haitian migrants that ended up in Del Rio, Texas, seeking asylum following a massive earthquake and the assassination of the Haitian president, began heading back to Ciudad Acuña, Mexico, on Monday, to avoid being deported by the US.

Thousands of migrants had settled underneath a bridge in Del Rio, Texas, in the heat where essentials such as food, water, and restrooms were scarce.

President Joe Biden, who had discontinued some of Trump’s immigration policies, leading migrants to believe the US was more open to migrants, has begun deporting migrants back to Haiti, The New York Times reported.