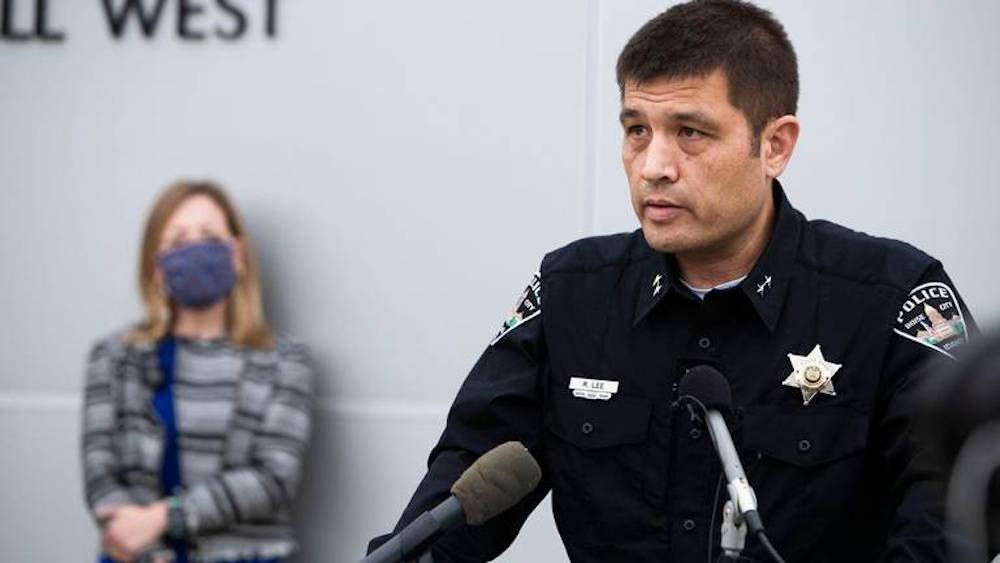 BOISE (Idaho Statesman) — The suspect in a fatal shooting at Boise Towne Square mall died at a local hospital Tuesday, according to the Boise Police Department.

He was identified by police and the Ada County Coroner’s Office as Jacob Bergquist, 27, of Boise.

Two people were killed Monday and two injured after Bergquist fired 18 rounds inside the mall before exiting, according to a Tuesday news release. He then exchanged gunfire with law enforcement on North Milwaukee Street, injuring a Boise police officer and a woman who was inside her vehicle.

The two deceased victims were identified by the coroner Tuesday. Roberto Padilla Arguelles, 49, of Rupert, and Jo Acker, 26, of Caldwell, a military veteran, were killed in the shooting.

Police said two people injured during the shooting inside the mall on Monday were a 52-year-old woman and a 23-year-old woman. Both have non-life-threatening injuries.

A 68-year-old woman was shot inside her SUV on Milwaukee Street and also has non-life-threatening injuries, police said.

Police said in the news release that the Boise officer who was injured was shot at through the window of his patrol car.

“At this time, evidence indicates the hat he was wearing was struck by gunfire and shards of glass from the window struck the officer,” the release said. The officer was released from the hospital after treatment on Monday evening.

“We will have many days ahead where all of us are questioning what happened, wondering why, and wondering what’s next and then how to feel,” she said. “We lost two people from this community yesterday and my hearts go out to the families of Jo Acker and Roberto Padilla.”

Police said they have now relinquished control of the mall back to management, and Lee said it will have an “enhanced” police presence for the “foreseeable future.”

“Decisions on when the mall will reopen is entirely up to the management,” Lee said.

It was closed Tuesday, although people who had been there Monday were allowed to go back to retrieve personal belongings.

At around 1:50 p.m. on Monday, Ada County dispatchers began receiving reports of a white adult male dressed in black who was “in possession of guns” and firing shots inside the mall, the BPD release said.

Family and friends identified that security officer as Acker.

Lee said several of Bergquist’s shots were “shot at a downward angle and they impacted on the floor.”

Police officers arrived at the mall 3 minutes after the initial reports of gunshots, at around 1:53 p.m., according to the release. The officers saw a suspect who matched the reported description “running from the area” and confronted him “behind a business on the 500 block of N. Milwaukee.”

At least one police officer exchanged fire with the suspect at around 1:54 p.m. Police said the suspect was facing the street, away from the mall. The woman shot inside her vehicle was on N. Milwaukee Street.

“The courage, the willingness (of police officers) to step into harm’s way to risk their own lives and maybe not make it home, to protect this community, is what kept this from being a more grave tragedy,” Lee said at Tuesday’s press conference.

WHAT IS KNOWN ABOUT THE SUSPECT?

After a preliminary investigation, police said Bergquist had multiple guns and ammunition at the mall. Police found 18 used shell casings inside the building. Law enforcement searched a residence on Fry Street in Boise on Tuesday as part of the continuing investigation.

Lee called Bergquist “a known subject” who was “the subject of other police reports,” but said he did not have arrests.

The police chief also said Bergquist has no known employment history at the mall, but security there had contact with him on previous occasions.

“(The past interactions) were generally what could be categorized as disorderly conduct calls in nature, trespass calls in nature or disruptive behavior,” Lee said.

According to police, a “multistate effort” is ongoing to gather more facts about Bergquist, including searching social media and working with state, local and federal partners.