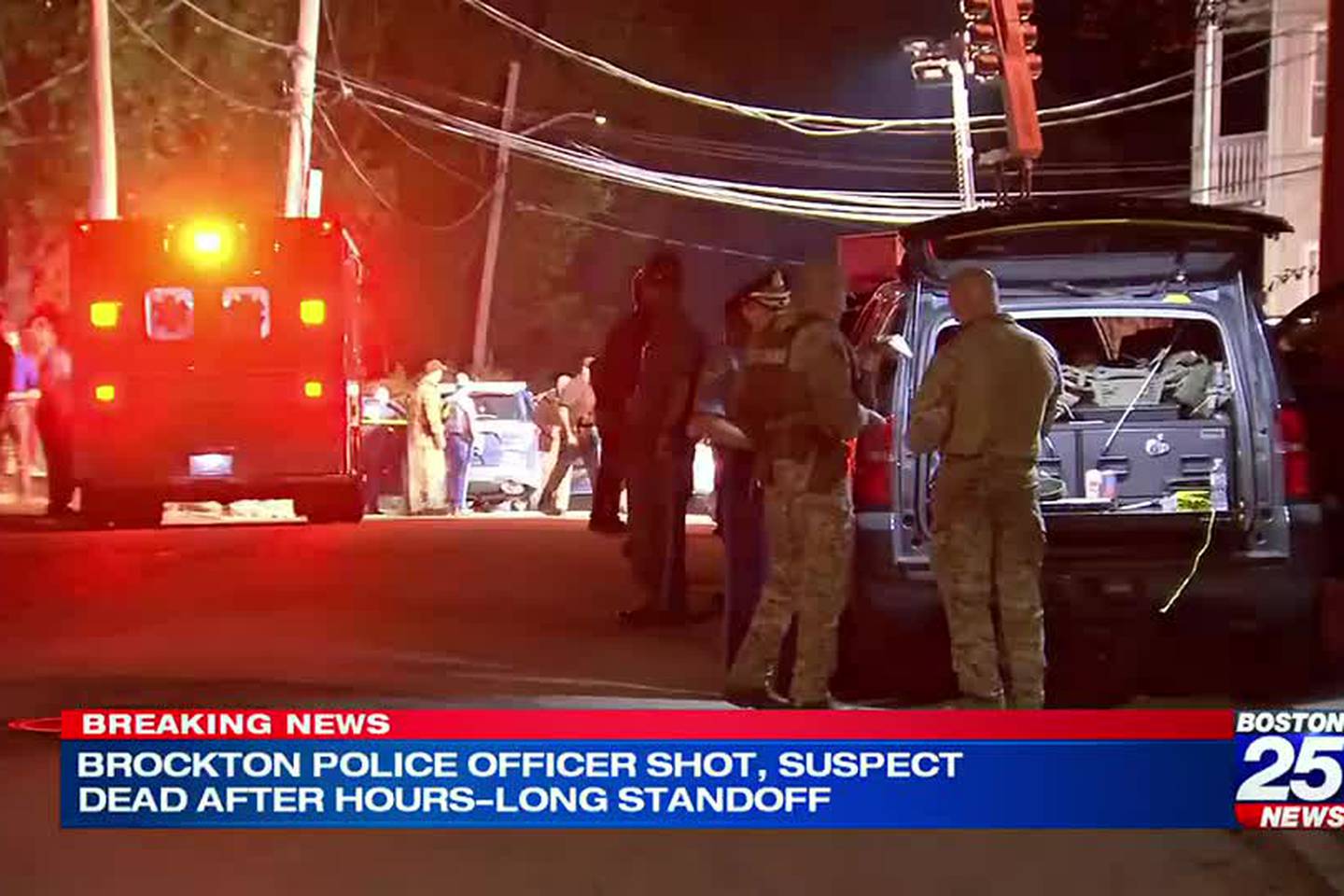 BROCKTON, Mass. — A Brockton Police officer was shot four times, including at least one in his kevlar vest, on Taber Avenue in the city Thursday, the Plymouth County DA announced Thursday night. State Police escorted that officer to Boston Medical Center with non-life-threatening injuries; he is expected to recover.

The suspect involved in the shooting has died from a self-inflicted gunshot wound, the DA said, after barricading himself inside the home at 62 Taber Ave. for several hours. Police negotiators attempted to talk with the suspect throughout the evening before he was found dead outside the home around 9:30 p.m.

Multiple sources confirmed to Boston 25 News that the officer was a member of the police department’s Gang Unit. Officials have not released the identity of anyone involved in the shooting, only mentioning that they believe the suspect was approximately 30 years old.

The incident began when police were called to the address following several calls for a man with a gun around 5:45 p.m. Thursday.

Additionally, police found a man dead in a grey SUV near the address Thursday during their investigation. Officials said that they don’t believe anybody was shot by police during the entire encounter.

This is a developing story. Check back for updates as more information becomes available.