Authored by Ted Dabrowski and John Klingner via Wirepoints.org,

The core goal of education has always been to teach students how to think, not what to think. 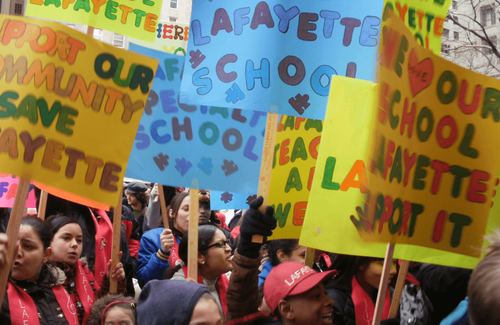 That may be about to change in Illinois. A sweeping, controversial rule is pending for Illinois K-12 teachers that should prompt everyone, of all political stripes, to fear for how students may soon be taught.

Like every state, Illinois has a set of rules and standards for how teachers are trained, licensed and reviewed. In general, those rules are about competency, but do not impose any political or ideological belief system on teachers or their curriculum.

The Illinois State Board of Education wants to change those requirements with what it calls “Culturally Responsive Teaching and Leading” (CRTL) standards. They would largely replace the old apolitical focus on “critical thinking” with requirements that encourage “progressive viewpoints and perspectives.”

Worse, the new proposed standards effectively go beyond requirements for what should be taught in classrooms. They effectively impose a political litmus test for teachers to get or keep a job in Illinois’ educational system.

No matter their personal politics, no reasonable person should want kids’ classrooms politicized. Nor should they want teachers prevented from entering the profession, or pushed out, based on what they believe. The pending standards would open up a Pandora’s Box where school curriculum and children become yet another political football every time there’s a major shift in political power.

These new rules are a distraction from what really matters for students – reading, writing and arithmetic. Today, nearly two-thirds of Illinois elementary children fail to meet requirements in English language arts and math readiness, according to the Illinois Report Card.

The CRTL standards are coming up for a vote on February 16. Here are 9 key facts you should know about the proposed rules:

1. Who created the new rules.

From ISBE: “The standards were developed by the state’s Diverse and Learner Ready Teacher Network, which consists of current teachers, school and district administrators, education advocacy group members, and representatives from institutions of higher education. The network was charged by ISBE to develop standards that will be used to drive educator preparation and in-service educator professional development.”

Illinois’ General Assembly has nothing to do with the creation of these standards because they’ve left most rulemaking up to the state’s administrative agencies. It’s been an increasingly common practice for lawmakers to pass a broad law with the expectation that unelected bureaucrats will craft the rules to enforce it. That’s the case here with Illinois’ teaching standards.

2. Who the new rules affect.

The proposed standards would impact all current and future licensed public school teachers, administrators and support personnel in Illinois. The standards will be applied to every part of a teacher’s career, from their university education, to their training and licensing and their annual assessments in the classroom. Private schools that require publicly licensed teachers will also be affected, as the pool of available teachers in Illinois will be impacted.

From ISBE: “Establishes certain standards that shall apply to the issuance of all Illinois professional educator licenses endorsed in teaching, school support personnel, and administrative fields. The standards set forth in this Part shall apply both to candidates for licensure and to the programs that prepare them.

The CRTL standards directly require teachers to inject progressive politics in the classroom. The rules state, among many other requirements, that “The culturally responsible teacher will: Embrace and encourage progressive viewpoints and perspectives that leverage asset thinking toward traditionally marginalized populations.”

There is no language in the standards that requires teachers to “embrace or encourage” any other political viewpoint or ideology.

While many of the individual CRTL requirements are innocuous or common-sense, when taken as a whole they open the door to classrooms becoming heavily politicized. Teachers and administrators who desire to inject politics into school are actively encouraged to do so under these rules.

The new standards broadly embrace the tenets of critical race theory, centering on a requirement to be a “culturally responsive teacher.” The standards require teachers to encourage student advocacy, replace objective measures of student achievement with vague requirements based on activism, promote the idea that there is no objective truth, and more.

“The culturally responsive teacher and leader will:

5. The requirements may run afoul of the U.S. Constitution.

Not only are many of these requirements unfairly vague, but there’s also the question of constitutionality, since some may compel speech or actions that go counter to a teacher or student’s beliefs. “The primary problem with this proposal,” according to a legal group that has criticized it, “is that it unconstitutionally compels speech. This rule requires people of faith to affirm ideologies they don’t believe in and endorse behaviors that may be inconsistent with the values that they live by.”

6. What would happen to teachers who don’t comply?

First, teachers who dissent would probably never get licensed because the CRTL standards would govern how teachers are licensed and trained in Illinois. It would be incorporated into teacher preparation programs at college and university schools of education in the state.

If a dissenting teacher made it past that, she would face an evaluation process based on the new CRTL standards as well. She could therefore lose her place in the classroom and generally suffer an impaired career.

7. These requirements distract from improving education.

Despite per student spending that is the highest in the Midwest, Illinois’ education system continues to fail students. As mentioned above, nearly two-thirds of Illinois’ grade 3-8 children fail to meet expectations in reading and math readiness.

Teaching requirements that place more emphasis on activism and advocacy rather than critical thinking and objective measures of achievement will only make those scores worse.

8. Who decides if the CRTL standards will become law.

The Joint Committee on Administrative Rules (JCAR), a bipartisan legislative oversight committee authorized to review rules put forward by state agencies, will vote on whether to accept or object to the new teaching rules. The CRTL rule changes will be decided on by JCAR on February 16.

JCAR’s membership is made up of six Democrats and six Republicans. The members are listed below. To successfully object to the CRTL standards, eight committee members must object to the new rules.

9. Who you should contact to let your thoughts be known: