Pope Francis to visit Kazakhstan in September for interreligious conference 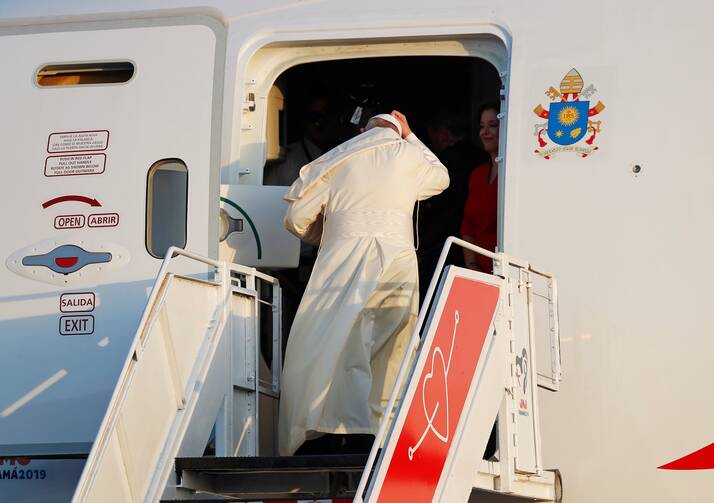 VATICAN CITY (CNS) — The Vatican confirmed that Pope Francis will visit Kazakhstan in September and attend an interreligious meeting in the capital city, Nur-Sultan.

“Accepting the invitation of the civil and ecclesial authorities, Pope Francis will make the announced apostolic journey to Kazakhstan from September 13-15 this year, visiting the city of Nur-Sultan on the occasion of the VII Congress of Leaders of World and Traditional Religions,” the Vatican said Aug. 1.

The Vatican confirmed that Pope Francis will visit Kazakhstan in September and attend an interreligious meeting in the capital city, Nur-Sultan.

Kazakh authorities had already confirmed the pope’s participation at the congress during a Zoom meeting in April with President Kassym-Jomart Tokayev.

The pope also said he would be visiting the country in an interview that aired in the United States July 11 on Univision, the Spanish-language network.

He said he plans to meet with Russian Orthodox Patriarch Kirill, who is expected to attend the interreligious meeting.

Despite their opposing views on Russia’s invasion of Ukraine, the pope told Univision that he has “a good relationship” with the Russian patriarch.

However, he said, “it is evident that his position is conditioned by his homeland in some way; which is not to say that he is an indecent man. No; God knows each person’s moral responsibilities in the depth of their hearts,” the pope had said.

He said he plans to meet with Russian Orthodox Patriarch Kirill, who is expected to attend the interreligious meeting.

Pope Francis, who returned to Rome from his visit to Canada July 30, continues to suffer from knee pain.

Speaking with journalists aboard the papal flight July 29, the pope said the July 24-30 trip “was a bit of a test” to see how much he could handle and that it was possible “to change the style a bit, reduce a bit” of activity.

When asked if it was possible for him to visit Ukraine during his visit to Kazakhstan, the pope said that although he would like to go, he would have to study if it was feasible.

“Let’s see what I find when I go home. At the moment, I would like to go to Kazakhstan,” he said. “It’s a quiet trip, without so much movement, it’s a congress of religions. But for the time being, everything stays” as it is.