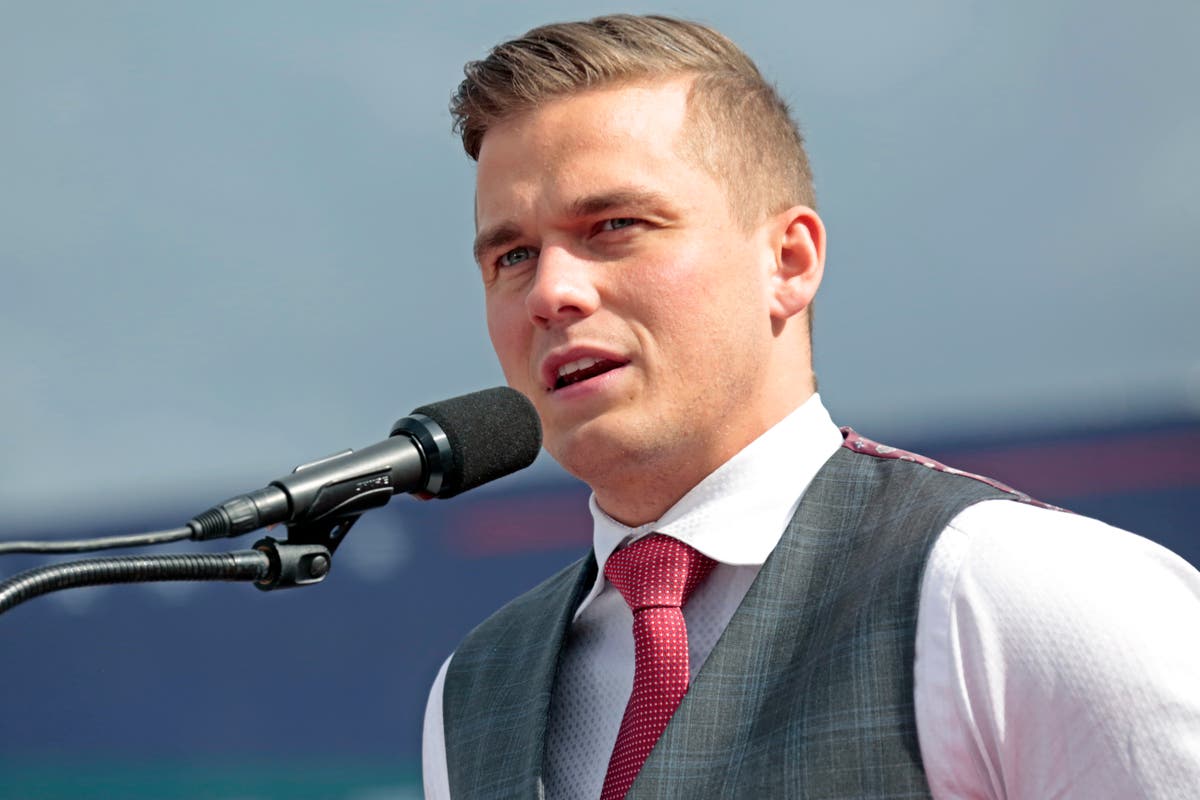 With almost all the results now in from Tuesday’s key primary elections, strong performances by several Donald Trump-backed candidates underscore the former president’s ongoing clout within the party.

It was far from a perfect scorecard for the Republican MAGA wing, however, as North Carolina Republicans voted to end Trump-backed congressman Madison Cawthorn’s time in office.

In Pennsylvania’s marquee US Senate race, lieutenant governor John Fetterman won the Democratic nomination despite having been hospitalised since Friday after suffering a stroke.

His Republican opponent remains to be decided as another Trump-backed candidate Mehmet Oz is locked in a tight battle with former hedge fund executive David McCormick.

The Republican Party has a nominee for governor of Pennsylvania, and the chosen candidate is extreme even by the GOP’s current standards.

Doug Mastriano, who currently serves as a state senator, was a leading voice of election denial in the state after Donald Trump’s 2020 defeat. He also attended the 6 January riot, and was pictured on camera at the US Capitol just before it was breached. In addition to that, many his policy positions are also at the hardline end of the spectrum, from forcing all voters to re-register to backing an abortion ban with no exemptions for rape or incest.

Read more from Eric Garcia below.

For all the obvious import of last night’s races in Pennsylvania and North Carolina, it pays to keep an eye on what’s happened in one of the reddest states in the US: Idaho, where various Republican incumbents last night faced challenges from outright extremists in their own party.

But it seems that most of the hardcore candidates have fallen short. Among the (relative) moderates who kept his seat was Governor Brad Little, who fended off a challenge from his own lieutenant governor, the Trump-backed Janice McGeachin. Among other things, Ms McGeachin is infamous for having https://twitter.com/Taniel/status/1526786080158121985?s=20&t=U3QtiB2ebyDdHPKMUCwfWg, an act that saw her censured by state legislators.

Dr Mehmet Oz is currently clinging to a narrow lead in Pennsylvania’s Republican primary, but a GOP strategist who works with Dave McCormick is predicting that the second-placed candidate will pull off a win – on the strength of mail-in ballots.

It was, of course, mail-in ballots that became a key theme of Donald Trump’s false conspiracy theory about the theft of the 2020 election, including in Pennsylvania. For a Republican primary in a key swing state to be decided by postal voting would be ironic indeed.

US representative Madison Cawthorn’s unexpected 2020 win made him a rising star among the Republicans. However, his re-election bid was cut short as the scandals started to pile up. He lost the primary race to state senator Chuck Edwards, even as former President Donald Trump urged voters to give him a second chance.

With current Governor Kate Brown, a progressive Democrat, term limited the state’s highest seat is up for grabs in the fall.

Ms Johnson, who is running as an independent would be fighting in a three-way race in November with Ms Kotek and the Republican who wins the gubernatorial primary.

Following the primary results, Johnson took to social media describing Ms Kotek as “more Kate Brown than Kate Brown,” a common comparison by opponents of the Democrat in hopes of tainting her with the current governor’s historically low approval ratings.

“The biggest change Oregon can make this year is putting the people back in charge with an independent governor loyal only to Oregonians, not the political extremes,” she tweeted.

Pennsylvania lieutenant governor John Fetterman won the Democratic nomination for a key US Senate seat on the same day he underwent a procedure to implant a pacemaker after suffering a stroke.

“I just got out of a procedure to implant a pacemaker with a defibrillator in my heart. We got the all-clear that it was successful, and that I’m on track for a full recovery,” he tweeted on Tuesday night.

“Thank yinz for the well-wishes – it means the world to me. Now back to resting + recovering!” he added.

Read this report from my colleague Shweta Sharma for details:

On the scene of Cawthorn’s stunning loss in North Carolina

Two very different scenes developed in Hendersonville on Tuesday as a pair of rivals faced off for the title of GOP nominee to represent this quiet part of western North Carolina in the senate.

With the scenic Blue Ridge mountains rising in the background, state senator Chuck Edwards gathered with supporters at a small lodge with a man-made waterfall on the city’s outskirts, awaiting the night that could send him hundreds of miles away to Washington.

Across town at a small auto detailer and tire shop rented out by his campaign, Madison Cawthorn huddled with close allies and awaited his fate, left to the hands of voters in North Carolina’s 11th congressional district.

John Bowden has the details:

Representative Madison Cawthorn, who received the backing of Donald Trump, gave a final nod to the former president after he lost the Republican primary to Chuck Edwards.

“No matter what you are facing, when Donald Trump has your back, he has your back until the end,” Mr Cawthorn told supporters.

My colleague John Bowden has more:

Pennsylvania state Senator Doug Mastriano, one of the biggest proponents of the “Big Lie”, won the Republican nomination for governor in the Keystone State. He will face off against state Attorney General Josh Shapiro in the November general election.

Mr Mastriano began to lead in the polls late in the contest and earned former president Donald Trump’s endorsement, specifically for spouting lies about the 2020 presidential election.

“There is no one in Pennsylvania who has done more, or fought harder, for Election Integrity than State Senator Doug Mastriano,” Mr Trump said in a statement Saturday. “He has revealed the Deceit, Corruption, and outright Theft of the 2020 Presidential Election, and will do something about it.”

Read this report by Eric Garcia for details:

‘Too much at stake’ for November elections, warns Kotek

Former Oregon House speaker Tina Kotek, who won the Democratic gubernatorial primary, told her fellow party members to work together as she reminded them there is “too much at stake” in the November elections.

“I think it’s important to remember that all the Democrats in this race share a similar vision for what we want the state to be,” she said in her victory speech, addressing a crowd of supporters in Portland on Tuesday night.

“We’re all going to work together to make sure we win. That a Democrat — that I win in November, because frankly there is just too much at stake.”

While Oregon hasn’t seen a GOP governor in 35 years, political experts believe Republicans have an opening for victory amid widespread discontent in the state and a possible split in votes among the majority parties as the unaffiliated Betsy Johnson makes a gubernatorial run in the fall.

“This will be a three-way race for the highest office in our state. And this will be an election unlike any of us have ever seen,” Ms Kotek said on Tuesday night.