Pundit under fire for criticising Zelensky’s outfit at Congress speech: ‘Doesn’t he own a suit?’ – The Independent 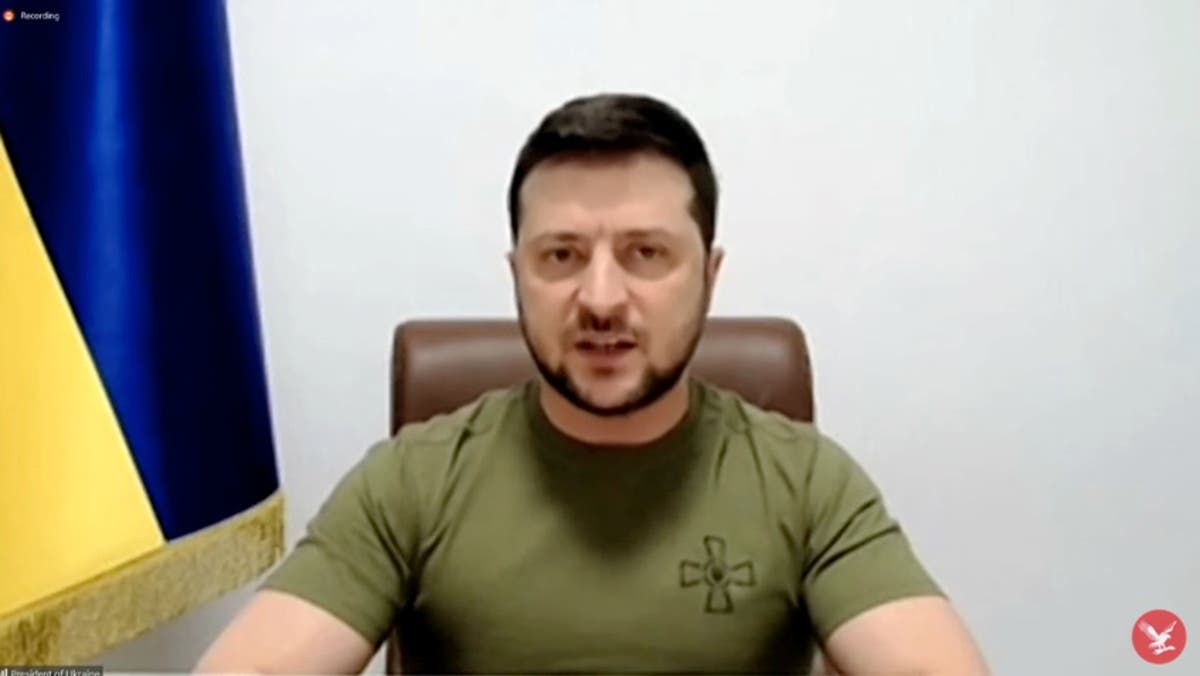 A Republican financier has come under fire for crassly criticising the outfit Ukrainian President Volodymyr Zelensky wore during his speech to US lawmakers.

Peter Schiff, a former congressional candidate in Connecticut and the chief economist at Wall Street giant Euro Pacific Capital, took aim at Mr Zelensky at the conclusion of his joint address to Congress on Wednesday morning.

Mr Zelensky made the remarks from his office in Kyiv, dressed in a green t-shirt that’s become a staple of his wartime wardrobe since Russia launched its invasion of Ukraine last month.

“I understand times are hard, but doesn’t the President of the #Ukraine own a suit?” Mr Schiff asked.

“I don’t have much respect for current members of the U.S. Congress either, but I still wouldn’t address them wearing a t-shirt. I wouldn’t want to disrespect the institution or the Unites States.”

The tweet swiftly drew outrage from commenters accusing Mr Schiff of overlooking the speech itself to seize on an irrelevant detail and reminding that Mr Zelensky has more important things to focus on in the midst of a war.

“The guy is in the middle of a war zone ducking mortars, Peter, he’s not going to be rolling around his garment rack with him,” one user wrote.

“Dude, not only is he in a war-zone, where I’m sure it’s hard to get a suit press and dry clean, but even if it was possible, it’s favorable for people to see him as one of them sharing the struggle,” another added.

Mr Schiff replied by doubling down in a second tweet, writing: “He would not have had to press a suit. I’m sure he had a clean suit hanging in the same closet as his t-shirts. Plus even if there were not suits available, maybe a long-sleeved shirt with a collar.”

The financier’s comments were condemned as one of the “worst takes of all time” on an immensely powerful address, in which Mr Zelensky called on Americans to remember Pearl Harbor and the September 11 terrorist attacks and compared them to the killings of civilians and troops in Ukraine every day for almost three weeks by Russian forces.

“Our country experiences the same every day right now – at this moment, every night, for three weeks now,” he said. “Russia has turned the Ukrainian sky into a source of death for thousands of people.”

In pleading for US lawmakers to support a Nato-enforced no-fly zone over his country, Mr Zelensky invoked Dr Martin Luther King Jr, saying: “I have a dream. These words are known to each of you today. I can say I have a need — I need to protect our sky.”

He also played a heartbreaking video capturing some of the atrocities his people have endured.

The video, entitled “Close the Sky”, opened with images of families happily playing and going about their lives in pre-war Ukraine before shifting to clips of dead bodies, bombings and crying children taken since the invasion.

After giving the majority of his speech in Ukrainian, Mr Zelensky concluded with a plea in English.

“Today the Ukrainian people are defending not only Ukraine. We are fighting for the values of Europe and the world, sacrificing our lives in the name of the future,” he said.

The Independent has a proud history of campaigning for the rights of the most vulnerable, and we first ran our Refugees Welcome campaign during the war in Syria in 2015. Now, as we renew our campaign and launch this petition in the wake of the unfolding Ukrainian crisis, we are calling on the government to go further and faster to ensure help is delivered. To find out more about our Refugees Welcome campaign, click here. To sign the petition click here. If you would like to donate then please click here for our GoFundMe page.