Rapper Lil Uzi Got $24 Million Diamond Pierced In His Forehead

Rapper Lil Uzi Got Million Diamond Pierced In His Forehead

Rapper Lil Uzi Got $24 Million Diamond Pierced In His Forehead

While Friday’s job numbers showed the labor market continues to deteriorate, with millions of people unemployed, experiencing housing and food insecurities, one rapper, in these unprecedented economic times, decided to show off his wealth by piercing a jaw-dropping stone to his forehead. 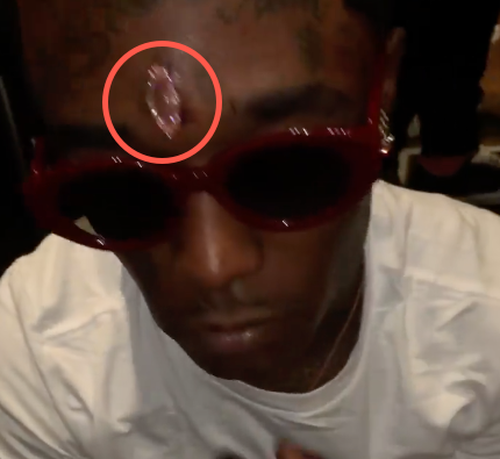 “Beauty is pain,” the 26-year-old rapper posted to his Instagram account, followed by a video of the jaw-dropping diamond.

It was initially assumed by many that Uzi had the stone embedded into his forehead. But, according to Luis Garcia, the vice president of the Association of Professional Piercers, it’s just a piercing.

“It looks like he has what we would call a vertical bridge piercing, as in the bridge of the nose. That would be an actual piercing with a staple shape barbell that enters at one point, exits at another, and then the big diamond attaches to that bar on the front,” Garcia told Yahoo. “It’s a piercing, while obviously not super common in typical circles, it’s fairly common in piercing circles. …Definitely not with a giant $24 million diamond on it. But it’s something that gets done.”

In today’s economy, facing a double-dip recession, walking around with an 11-carat diamond plastered to the rapper’s forehead makes him a walking target.

Rapper Lil Uzi Got Million Diamond Pierced In His Forehead