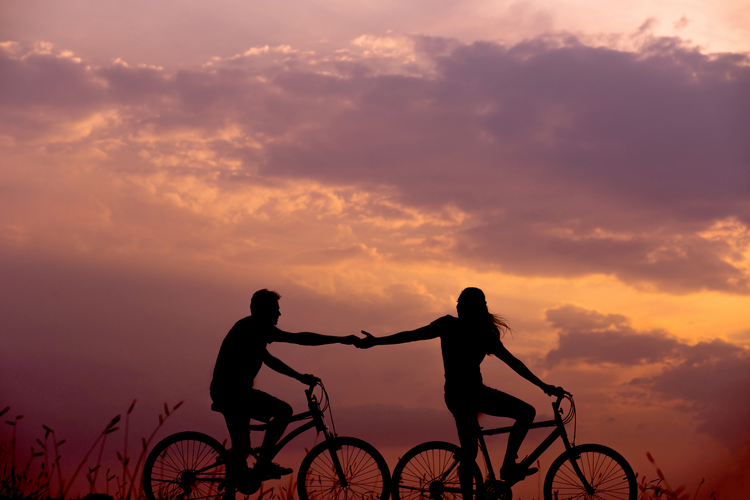 Today’s readings offer reflections on humanity’s relationship with God, the animal world and one another. The readings show an evolution of thoughts on relationships, and they remind us that some social and cultural ideals require reinterpretation for different contexts.

‘Whoever does not accept the kingdom of God like a child will not enter it.’ (Mk 10:15)

Twenty-seventh Sunday in Ordinary Time (B)

What can you do to strengthen your relationships?

What should someone do if they are in an unhealthy relationship?

Do you carefully read Scripture, especially mindful of biases and assumptions you might bring to the texts?

The first reading from Genesis includes one of the accounts of creation of humans and animals. Caution and care are needed, as this story has been misinterpreted to assert human domination over nonhuman animals and women’s subordination to men. These skewed readings reflect the interpreter’s biases more than the text’s intent.

This creation story affirms divine creative power, connection to and care for all creation. Depicting God crafting the first human and animating human life with divine breath highlights the intimate connection between creator and creature. The creation of the second human from the rib of the first similarly shows humans in close relation to one another, not in a hierarchical relationship but rather in a partnership as both are united by their shared status as creatures of God. The creation of other living creatures in between the creation of male and female human beings situates animal life with humans, affirming interconnections in the work of the world. By calling on the human to name the animals, humans participate in the direction and life of animals, receiving some authority but also responsibility for animals.

The Gospel from Mark also reflects on relationships: husband-wife and adult-child. The longer Lectionary reading should be preferred. As happens elsewhere in the Gospels, the Pharisees attempt to corner Jesus into saying something unfavorable about Jewish law, but Jesus does not fall into the trap. When questioned about divorce, Jesus asks what the law says. They affirm that a husband can divorce a wife, an interpretation of Dt 24:1-4 that gave men power to divorce women and made it difficult for women to initiate divorce. In response, Jesus reinterprets the purpose and meaning of the law in a few ways: 1) Jesus states that the divorce law was needed when given because of the Israelites’ “hardness of heart.” 2) Jesus interprets the divorce law in light of the creation account from the first reading. 3) Jesus interprets the divorce law and second marriages in light of the commandment against adultery.

Jesus’ methods of interpretation offer an example for how to read Scripture. Jesus situates the law in its historical context and states its purpose for its original audience. Jesus then uses the larger Scriptural tradition to reflect on human unions, and he affirms relationships while radically reimagining their power dynamics.

In ancient Israel, adultery had a narrow meaning that applied to a man having a sexual relationship with a married woman. Adultery was an offense against the woman’s husband, not against the husband’s wife. Any offense against the woman was considered of lesser import than the violation of a man’s control over a wife’s sexual activity. While today adultery is thought of as an infidelity against one’s spouse, this understanding is not the premise of the ancient commandment against adultery.

Jesus’ interpretation broadens the scope of what constitutes adultery, and it includes women as possible adulterers. While that might sound negative, it is a transformative vision of women within the marriage as equal partners, and by extension equal offenders and equally offended. Jesus places more emphasis on the violation within the union than on one man’s violation of another man’s rights.

At the end of the reading, the hierarchical relationship between adults and children is reimagined, as Jesus encourages children to be brought into his midst. Jesus affirms the value of children as equal to adults, as all are invited to hear the Gospel and be blessed. Moreover, Jesus recognizes children in their own right and calls on adults to be like them in order to receive the kingdom of God.