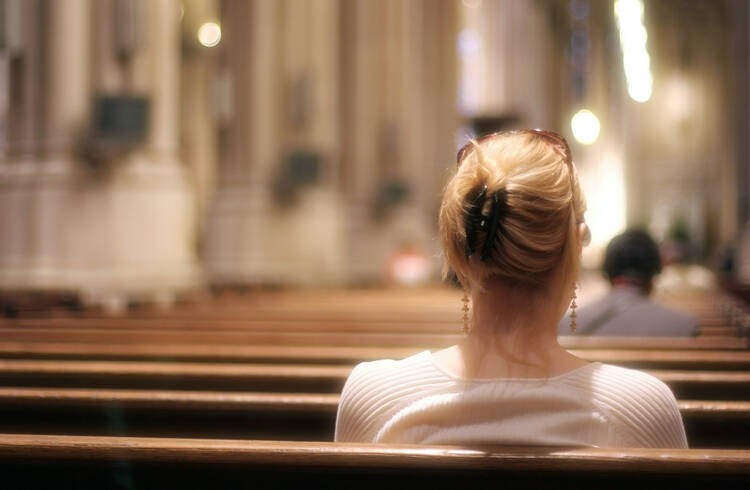 “There’s something really corrosive about being rendered invisible,” one woman said, describing her experience serving as a lay woman in the Catholic Church. “The church, the decision-makers, the people who hold the power—what would it be for them to really see women? It’s sinful that they don’t. There’s a need for conversion and repentance—because the consequences are so huge…Every other institution has come around to realize that if you want to improve communities and lift them up, women need more power.”

In a new report titled “Called to Contribute,” released in September, Catholic women’s experiences with ministry and their feelings about the possibility of a women’s diaconate are shared in their own words. Even though women make up more than half of U.S. Catholics and 80 percent of lay ecclesial ministers, the report found that Catholic women still struggle to have their contributions recognized. While church leaders have closed the door on the discussion of ordaining women to the priesthood, many Catholic women still hope for a formal recognition of their role.

Even though women make up more than half of U.S. Catholics and 80 percent of lay ecclesial ministers, a new report found that Catholic women still struggle to have their contributions recognized.

The report found that many Catholic women act as “de facto deacons” in their church communities even as they had to defer to male authority figures in their parishes, including many men who were uncomfortable with having a woman in a ministerial role.

The report is an in-depth sociological study of the range of women’s experiences in the church. Researchers consulted 40 women across the country, including women of different ethnicities, ages, marital statuses, and length and kind of involvement in church ministry.

Some of the women interviewed have not previously considered a call to the diaconate; they described their conception of women’s roles in the church as limited because of the absence of powerful female role models in the church hierarchy. Other women felt called to an ordained role from a young age, despite only seeing women in service and volunteer roles.

One interviewee recalled writing a letter to the pope when she was just 12 years old and volunteering to be the first female priest. “I remember thinking very clearly…‘I bet the pope has just never thought of this.’ … I thought that was absolutely what God was calling me to do.”

A common theme across the women’s experiences was frustration with the limits imposed by the church.

The report found that many Catholic women act as “de facto deacons” in their church communities even as they had to defer to male authority figures in their parishes.

One respondent talked about a damaging sense of rejection she felt, realizing there was no path to ordained ministry for her: “I would absolutely be willing to serve as a deacon and to minister to people…. I love Jesus and the church, and I wanted to give my life to it. But the church basically said, ‘No, we don’t want you.’ And I felt that if I stayed and kept doing that work, that it would be like being in an abusive relationship.

“I had to decide if I wanted to be psychologically healthy, or continue to try to say, ‘Love me, love me, I’m trying to serve you.’”

The report identified a number of findings regarding women and discernment. First, there are Catholic women who feel called to the diaconate or would if a path were open to them. This calling is complicated for Catholic women because at this time there is no way for them to fulfill it.

One interviewee said she heard God ask her, “Do you want to die having never done what I am telling you to do?” She wants to answer God’s call but does not know how to act upon her unrealizable vocation.

According to the report, Catholic women feel constrained by their current roles in the church and in the way they are able to use their gifts and live out their callings. Many of the women feel they have a talent for preaching and ministry that they are unable to express, even when their parish badly needs those gifts. They described the particular hurt of seeing men with lesser talents become ordained while they remain unable to.

One woman recalled being approached by a Lutheran church with an offer to become a pastor there in recognition of her skills in preaching, gifts that had been unacknowledged and untapped in the Catholic Church.

The study concluded that women provide vital services to the church, even while waiting and hoping for increased legitimacy through a formalized role. The report highlights the often unseen and underappreciated work of women in the church, even as it remains vital to its success and well-being.

“I just consider myself an unordained deacon,” one survey respondent said. The role of women in the church and the female diaconate is expected to continue to be a prominent topic in the global synod called by Pope Francis.

Related: Meet a Catholic woman who feels called to be a deacon