The journalist behind the viral report claiming Sen. Joe Manchin was considering leaving the Democratic Party is doubling down after the West Virginia lawmaker flatly denied what was alleged.

Mother Jones’ Washington D.C. bureau chief David Corn sparked a political firestorm on Wednesday with a report that Manchin had told associates that he was considering leaving the party if President Biden and Democrats on Capitol Hill couldn’t reach his demands in significantly cutting the $3.5 trillion spending bill to a $1.75 trillion price tag. And that, “according to people who have heard Manchin discuss this,” he would develop an exit strategy and declare himself an “American Independent.”

MANCHIN CALLS ‘BULLS—’ ON REPORT THAT HE MAY LEAVE DEMOCRATIC PARTY

Manchin later told a gaggle of reporters that he has “no control over the rumors” before calling the Wednesday report “bulls—.” 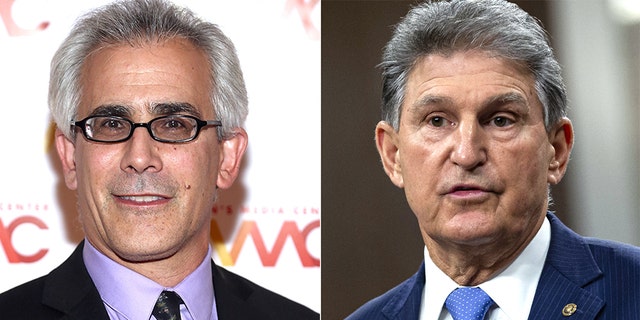 Appearing on MSNBC, Corn remained confident in his reporting despite Manchin’s strong denial.

“Today, he called the report BS. I can tell you that the sourcing is impeccable, and he knows it! He knows what we know!” Corn told MSNBC host Joy Reid.

The Mother Jones journalist suggested since his reporting exposed Manchin’s alleged plans, his exit from the Democratic Party is now “off the table.”

“He has now said it’s B-U-L-L. It’s actually T-R-U-E,” Corn said. “He himself has taken it off the table because if he’s gonna do it now, then he would actually show that what he’s saying it’s bull that he was lying then. So he has been outed.”

Sen. Manchin’s office did not immediately respond to Fox News’ request for comment.

According to Corn’s report, Manchin’s alleged exit strategy was “two-step,” first submitting a letter to Sen. Majority Leader Chuck Schumer, D-N.Y. resigning from Democratic leadership and see if his political move would make an impact in negotiations on Capitol Hill. And then about a week later, if Manchin didn’t get his way, he would change his voter registration from Democrat to independent.

Manchin along with Sen. Kyrsten Sinema, D-Ariz., have been significant targets by the progressive left and their liberal media allies for stalling the Biden agenda instead of passing the trillion-dollar spending spree.