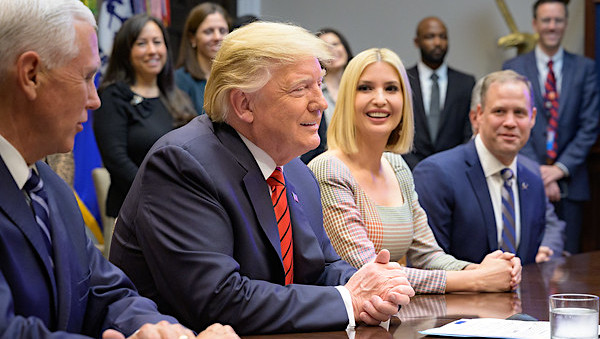 During an interview with George Stephanopoulos on ABC’s “This Week,” the Louisiana Republican reiterated his description of insurrection “as an attempt to prevent the peaceful transition of power.” Cassidy also noted that Trump promoted that the election was stolen for two months after the election.

“People still tell me they think Dominion rigged those machines with Hugo Chavez from Venezuela. That is not true and all the news organizations that promoted have retracted,” Cassidy said.

“He then scheduled the rally for January the sixth, just when the transfer of power was to take place, and he brought together a crowd, but a portion of that was transformed into a mob. And when they went into the Capitol, it was clear he wished lawmakers be intimidated,” Cassidy continued.

NEW: GOP Sen. Bill Cassidy, one of seven Senate Republicans who voted to convict former Pres. Trump in his second impeachment trial, explains his decision: “It was clear that he wished that lawmakers be intimidated.” https://t.co/LbWAhHV6RV pic.twitter.com/BIt601esB4

The Senate voted 57-43 Saturday to acquit Trump in his impeachment trial. Cassidy was listed among seven Republican senators who voted in favor of convicting the former president.

“Even after he knew that there was violence taking place, he continued to basically sanction the mob being there,” Cassidy said. “And not until later did he actually ask them to leave.”

“All of that points to a motive and a method, and that is wrong. He should be held accountable,” Cassidy concluded.

The House voted 232-197 on Jan. 13 to impeach Trump, charging him with a single article of “incitement of insurrection” after a mob of breached the Capitol building on Jan. 6.