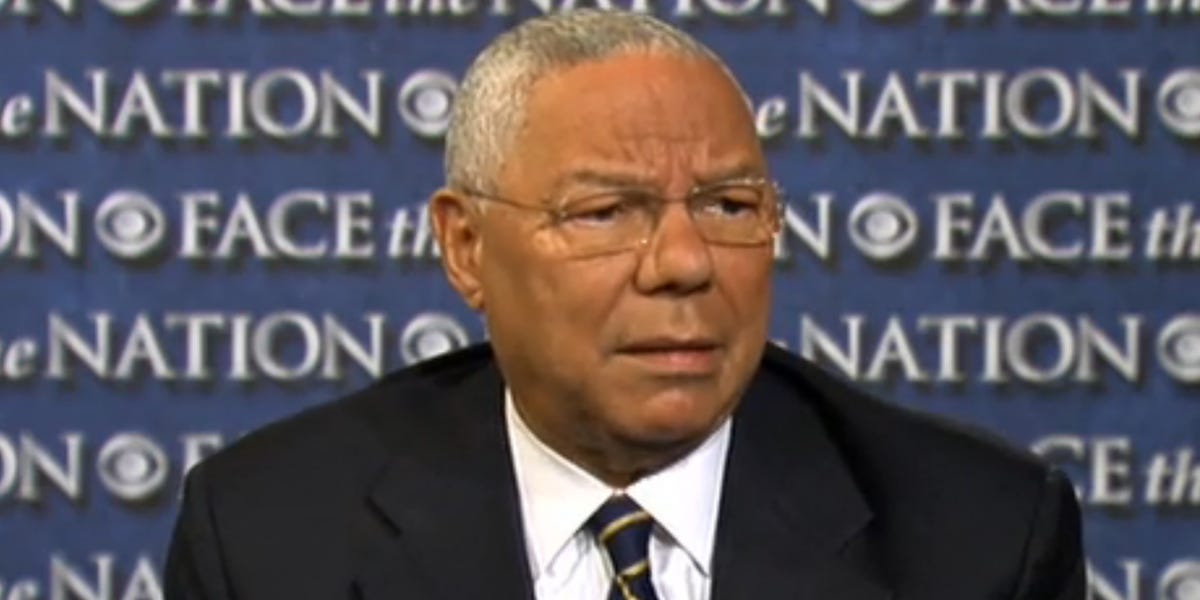 Right-wing media personalities are using the death of former Secretary of State Colin Powell to sow doubt over the efficacy of COVID-19 vaccines.

Several conservative media personalities at Fox News and Newsmax reacted to the news that Powell died of COVID-19 complications despite being fully vaccinated.

Being fully vaccinated against COVID-19 dramatically reduces a person’s risk of hospitalization and death from the disease, though rare severe breakthrough cases can still happen.

Powell, 84, also had multiple myeloma, a white blood cell cancer made it difficult for his immune system to function properly. Cancer — and the drugs used to treat it — and his old age are risk factors for COVID-19 cases.

But during Monday’s edition of “Fox & Friends,” host Will Cain said Powell’s death was “a very high-profile example” of Americans needing “more truth from our government and our health leaders as well,” Vanity Fair reported.

Meanwhile, the Newsmax contributors Hal Lambert and Jennifer Kern both said Powell’s death will “scare off” a lot of elderly people and Black Americans from getting their COVID-19 shots during a segment on the right-wing news channel, Vanity Fair reported.

Lambert, a former finance chair of the Texas Republican Party, added: “Which vaccine did he have? I think we do need to know those answers,” he said, according to Vanity Fair. “He’s a public figure and it was medical care that was provided by tax dollars.”

Newsmax and Fox News did not immediately respond to Insider’s request for comment. (Fox Corporation, which owns Fox News, announced last month that it was requiring COVID-19 vaccines or daily tests, a mandate even stricter than President Joe Biden’s federal policy.)

The Fox News anchor John Roberts also tweeted on Monday that Powell’s death “raises new concerns” about vaccine efficacy. He later deleted the tweet amid widespread criticism and clarified that he was in favor of vaccines.

Health experts have pushed back at the unfounded claims.

Dr. Jonathan Reiner, a CNN medical analyst and professor of medicine at George Washington University told CNN this week that Powell “represented our most vulnerable population in this country.”

“He was over the age of 80, he had cancer, and a treatment for his cancer made him vulnerable,” he said.

Dr. Leana Wen, another CNN medical analyst, also told the network: “The COVID-19 vaccines do not protect you 100%. No vaccine does, just likely virtually no medical treatment is 100% effective. That doesn’t mean the vaccine doesn’t work, or that you shouldn’t take it.”