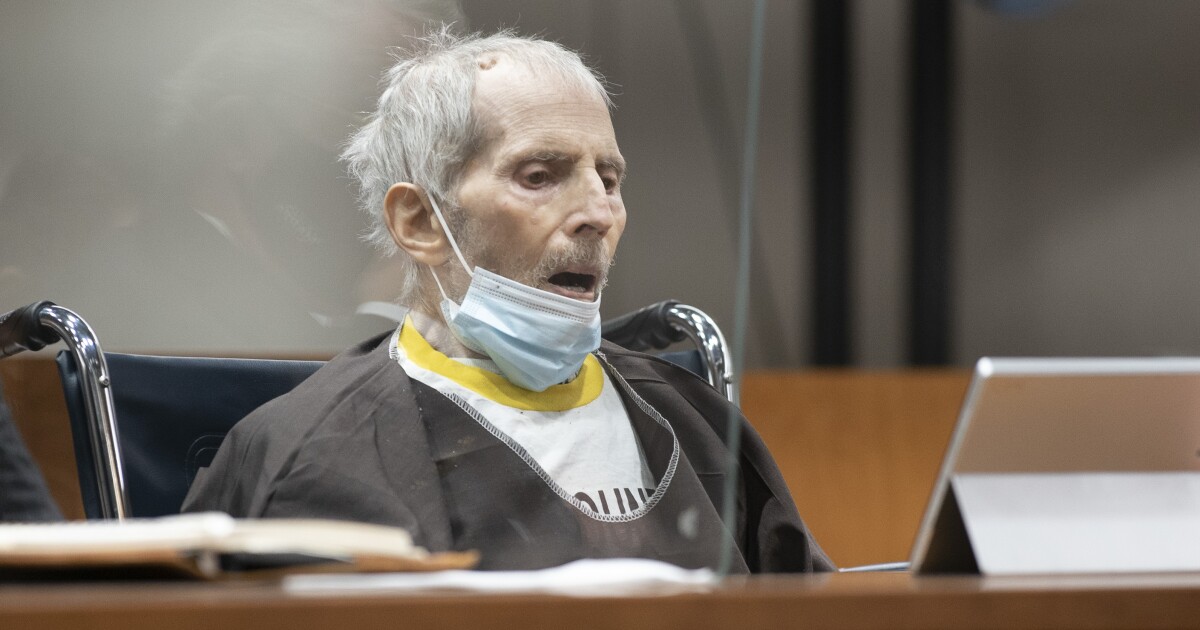 Robert Durst has been placed on a ventilator after contracting COVID-19, his lawyer said Saturday.

Durst, 78, was sentenced to life in prison without parole Thursday for murdering his close friend, Susan Berman, inside her Benedict Canyon home in 2000. The real estate heir was in “very bad condition” during the sentencing hearing, according to his lead defense attorney, Dick DeGuerin.

DeGuerin confirmed that Durst had been hospitalized and placed on a ventilator. Durst has been held in a wing of USC Medical Center under the watch of the Los Angeles County Sheriff’s Department throughout the trial, but it was not immediately clear if he was still in that facility or when or where he became infected with the coronavirus.

Calls and emails to the Sheriff’s Department, a court spokeswoman and the Los Angeles County district attorney’s office were not immediately returned on Saturday. Dozens of people packed into an eighth-floor courtroom at the Airport Courthouse for Durst’s sentencing earlier this week and it was not immediately clear if anyone else associated with the proceedings had contracted the virus.

Durst’s health was an issue throughout the trial. He was not in court the day jurors convicted him of Berman’s murder last month because he had been exposed to someone who tested positive for COVID-19. He was also briefly hospitalized in June after suffering an undisclosed medical incident.

The 78-year-old spent the majority of the trial seated in a wheelchair. In court filings, Durst’s attorneys repeatedly sought a mistrial, claiming Durst was too sick to testify in his own defense.

A physician at Cedars-Sinai Medical Center who examined Durst previously testified that he was “profoundly malnourished” and at risk of “sudden death” from elevated levels of potassium, and said Durst had suffered a “mini stroke” during a 2019 court hearing.