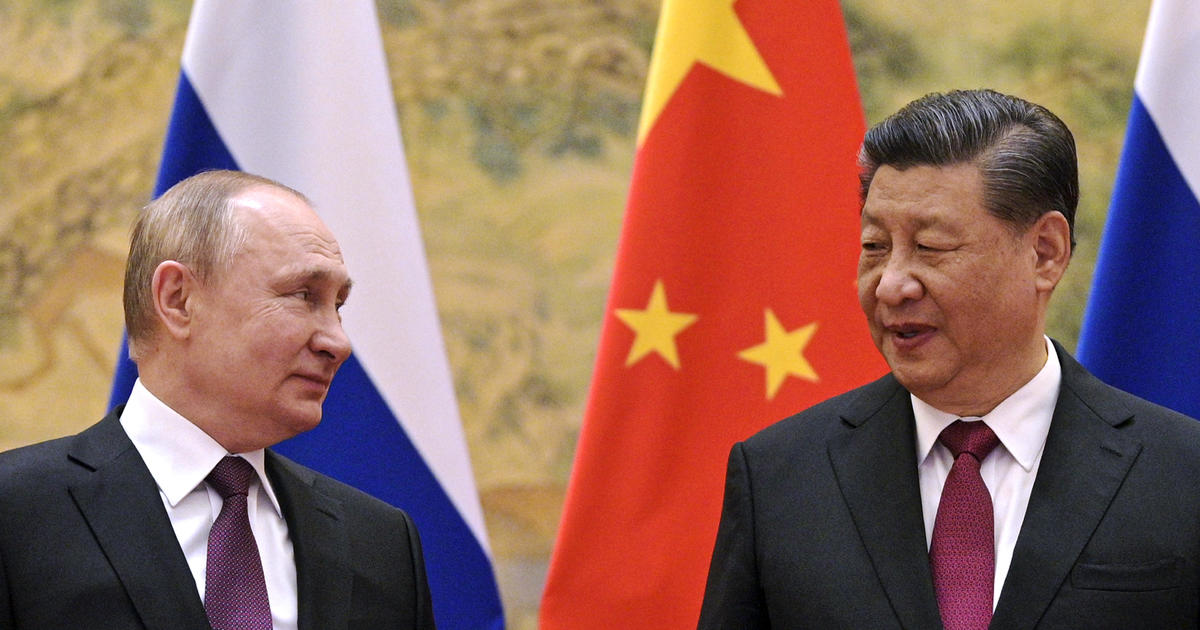 Russia has asked China for support in its war against Ukraine, according to two U.S. officials. The request included military aid and equipment, but it’s not clear what specifically Moscow has requested.

A U.S. official told CBS News on Monday that the request from the Kremlin to Beijing primarily concerns financial assistance, but Russia also inquired about drones. The Russians seem not to have anticipated that they or Ukraine would deploy drones in this conflict, which is one reason they are asking China about them, according to the U.S. official.

The Ukrainians have been using drones, especially Turkish-made TB2 drones, quite effectively, a senior defense official noted in a background briefing Monday. The drones are used for reconnaissance as well as strikes and have been especially effective against Russian ground movements.

The Ukrainians still have a significant majority of their drone inventory, according to the official. The U.S. is in conversations with allies and partners who have useful capabilities that the U.S. does not have about getting more of those weapons to the Ukrainians.

Almost three weeks into its invasion into Ukraine, Russia has fallen far short of the progress Russian leaders anticipated, according to defense and intelligence officials. CIA Director William Burns told Congress last week that Russian President Vladimir Putin had counted on “seizing Kyiv within the first two days of the campaign.”

At this point, the Kremlin has committed 100% of the more than 150,000 troops it had pre-arrayed around Ukraine’s borders prior to its invasion. Despite the high numbers, the Russian advance on Kyiv from three separate directions has made slow progress towards Ukraine’s capital, with days when the troops remain stalled and sitting targets for Ukrainians.

The slow advance may have prompted the Russian request for China’s help.

According to the Pentagon’s recent Chinese Military Power report, China’s military purchases from Russia include fighter jets and surface-to-air missiles, and it has participated in training exercises in Russia using Russian equipment.

China denied that Russia has asked for military aid for its Ukraine war.

“The U.S. has been maliciously spreading disinformation targeting China,” Chinese Foreign Ministry spokesperson Zhao Lijian said Monday in response to the report. “China’s position on the Ukraine issue is consistent and clear. We have been playing a constructive part in promoting peace talks.”

Putin spokesman Dmitry Peskov also denied the report, telling reporters that Moscow has the ability to potential to continue a special military operation independently in Ukraine and did not ask for help from China.

“No,” Peskov told reporters when asked if it was true that Russia had asked China for military assistance. “Russia has an independent potential to continue the operation, and, as we said, it is developing according to plan and will be completed on time and in full,” he said.

National security adviser Jake Sullivan traveled to Rome Monday for a meeting with Chinese Communist Party Politburo Member and Director of the Office of the Foreign Affairs Commission Yang Jiechi. The meeting was described by the National Security Council as a part of ongoing efforts to maintain open lines of communication between the countries.

A senior administration official told reporters the meeting between Sullivan and the Chinese diplomats “was an intense, 7-hour session.”

No details were disclosed, but the official said Sullivan was direct about the deep concerns the U.S. has about China’s alignment with Russia at this time and was clear about the potential consequences of certain actions.

White House Press Secretary Jen Psaki said Monday that actions like providing military or other assistance to Russia would lead to significant consequences that the U.S. would coordinate with allies and partners.

“I think what we have and what was conveyed by the national security adviser in this meeting is that should they provide military or other assistance that of course violates sanctions or supports the war effort, that there will be significant consequences,” Psaki said.

Mary Ilyushina and Camilla Schick contributed to this report.