Saudi Arabia is once again facing a major lawsuit in the US filed by the families of victims killed in a terror attack perpetrated by a Saudi citizen.

The attack in question occurred at Pensacola Naval Air Station in Pensacola, Fla. on Dec. 6, 2019. On that morning, a 21-year-old member of the Saudi military opened fire on Americans staying at the Naval base, carrying out a shooting rampage that led to the deaths of 3 Americans with 13 others wounded. The perpetrator, Mohammed Saeed Alshamrani, is believed to have posted his justification to social media before the attack. He was a member of the Royal Saudi Air Force staying in the US as part of a program whereby the US military offers training to military pilots from certain geopolitical ‘partners’. 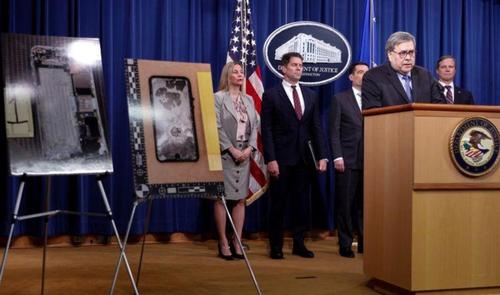 Al Qaeda in the Arabian Peninsula claimed responsibility for the attack weeks later, a claim that was corroborated by the FBI, which ruled the attack was motivated by Jihadist ideology. And while it had little discernible impact on US-Saudi relations at the time, that may soon change. Because family members of the deceased and wounded are now suing Saudi Arabia for civil damages.

The complaint filed in federal court in Pensacola on Monday alleged that the Saudi Arabian government had known about the gunman and his increasing radicalization, and could have prevented the killing.

According to Reuters, the Saudis didn’t respond to a request for comment on the lawsuit. Saudi Arabia’s King Salman bin Abdulaziz condemned the attack as a “heinous crime” and said it “does not represent the Saudi people” during a statement made shortly after it happened.

Although several of Alshamrani’s fellow Saudi Naval officers reported attending a dinner party thrown by Alshamrani shortly before the attack where they all watched videos of US mass shootings, it was determined that Alshamrani was the sole shooter, and that he acted alone.

President Joe Biden and his administration are already embracing a more distant approach to handling America’s allies and adversaries in the Middle East, particularly when it comes to Saudi Arabia and Israel. Whether or not this lawsuit further sours relations between Washington and Riyadh remains to be seen.