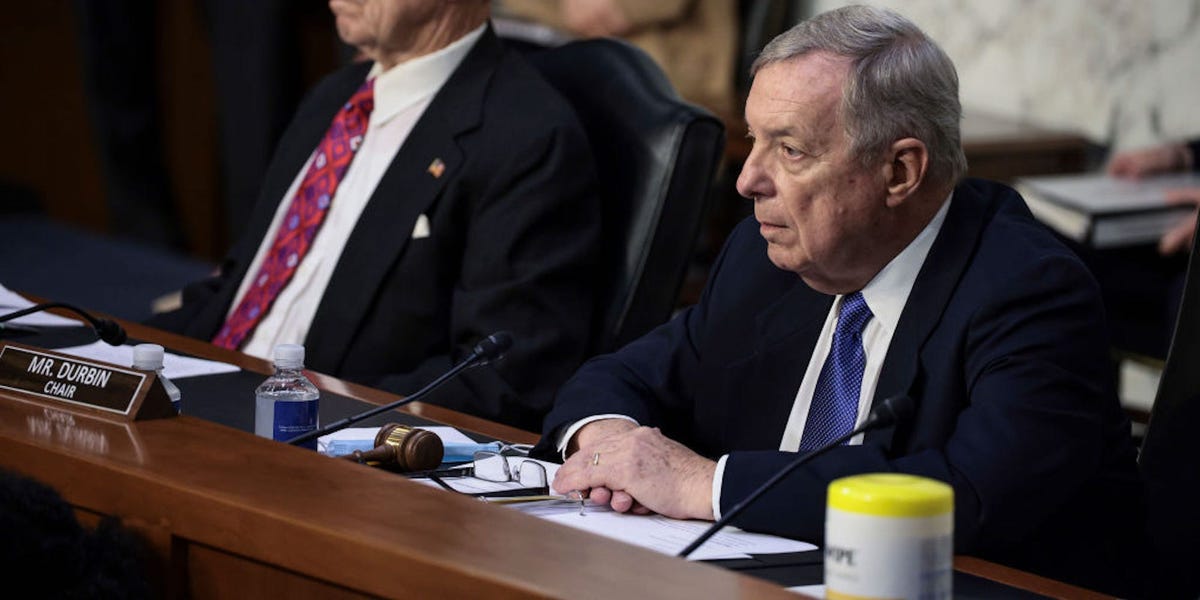 Sen. Dick Durbin, a senior Democrat, criticized Republicans for blocking a bill meant to increase the US debt ceiling and fund the federal government.

Durbin, the Senate majority whip, compared the vote to a “dine and dash,” noting that much of the debt that pushed the US past its agreed spending limits was accrued under the Trump administration.

“Right now, our number one priority should be keeping the nation’s economy on the path to recovery,” Durbin said.

“Instead, Republicans are playing reckless political games with the economy and the full faith and credit of the United States by refusing to pay the bill that Donald Trump helped rack up.

“This is a disastrous dine and dash by congressional Republicans that America cannot afford.”

The statement came after Senate Republicans on Monday voted against a bill to raise the debt ceiling. Failing to do so would eventually cause the US to default on its debt for the first time, which experts say would cause economic turmoil.

The bill also contained separate measures to extend government funding and avoid a shutdown. The deadline to avert a shutdown is midnight on Thursday.

The point at which the US would default its debt is less clear but is thought to come in mid- to late October.

Democrats have pointed out that the debt ceiling is usually raised on a bipartisan basis and that the current bill is necessary to pay for policies enacted during the Trump administration.

Republicans in turn have accused Democrats of seeking to fund large federal spending increases and want the Democrats to raise the debt ceiling alone.

Senate Minority Leader Mitch McConnell has said that if Democrats “want to tax, borrow, and spend historic sums of money without our input, they’ll have to raise the debt limit without our help.”