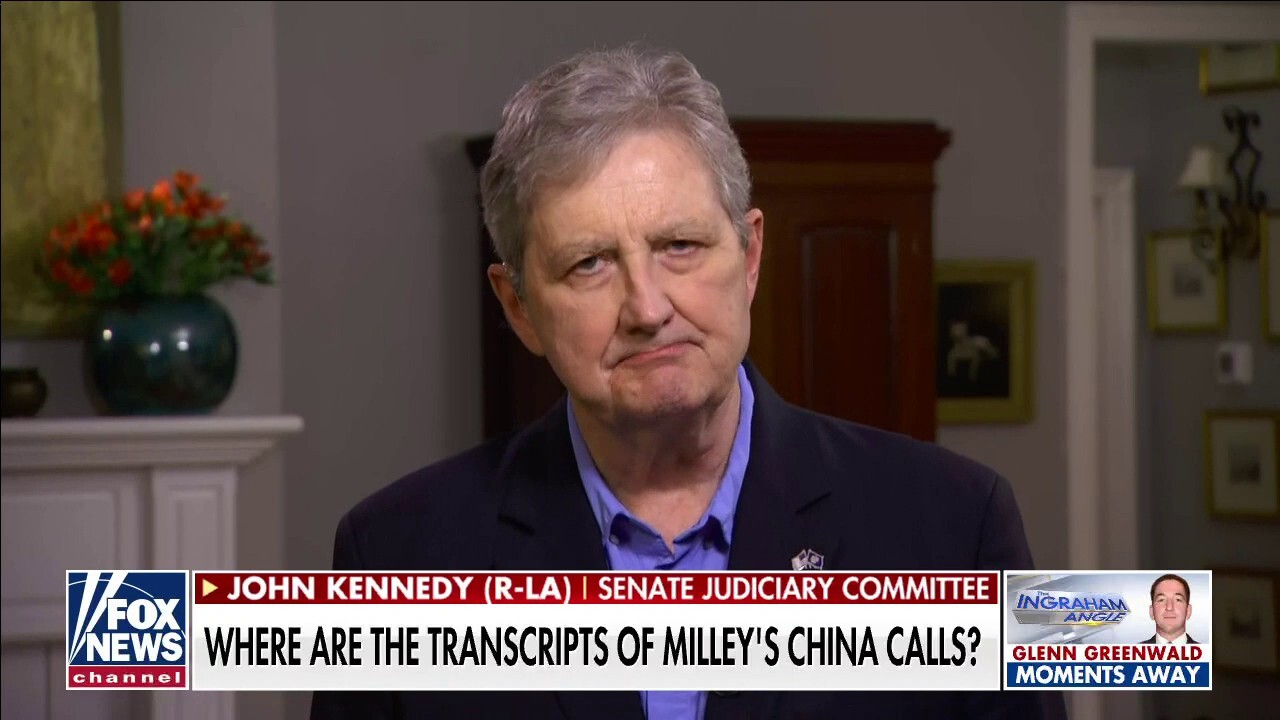 U.S. Sen. John Kennedy, R-La., spoke in no uncertain terms about Gen. Mark Milley on Wednesday night during an appearance on Fox News’ “The Ingraham Angle.”

Kennedy asserted that the China allegations against the chairman of the Joint Chiefs of Staff, as detailed in a new book by Bob Woodward and Robert Costa, were serious and could ultimately get Milley thrown “under the bus” by Joe Biden’s White House.

I know President Biden has said he will stand behind, and stands behind, Gen. Milley, and maybe that’s true for the short term. But I’m gonna give you even odds that eventually the White House throws him under the bus.

Because the White House desperately needs someone besides President Biden on which to blame the stunning incompetence in Afghanistan.

Even duct tape can’t fix stupid. If — if Gen. Milley had these communications with the Communist Party of China, he’s a smoked turkey – and he oughta be.

If Gen. Milley had these communications with the Communist Party of China, and if in the future he wishes to comment on America’s national security, he should raise his hand and put it over his mouth.

America is not Myanmar. America is not Guinea. If it’s true, Gen. Milley – if it’s true – Gen. Milley broke the chain of command, but much worse he broke the inviolate rule of civilian control of the military — and every defender, Democrat or Republican, of constitutional government should be outraged.

WATCH THE FULL VIDEO BELOW: