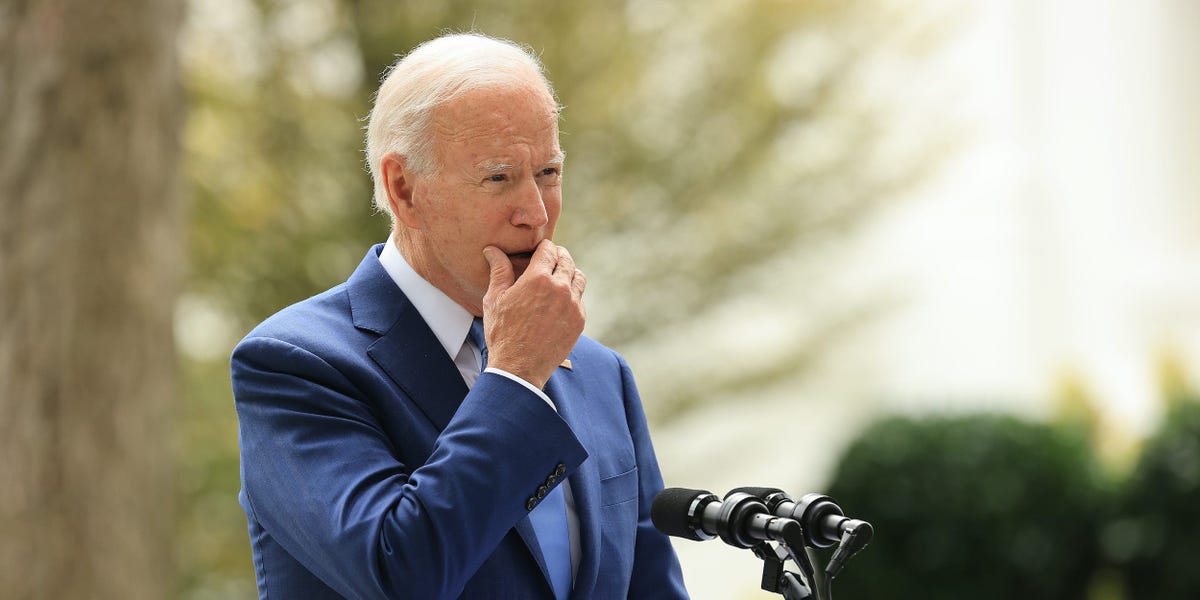 Sources told Mueller that attempts to water down the bill didn’t work out. In recent weeks, Democrats have scrambled for new revenue sources to pay for the “Build Back Better” bill, which was initially targeted at $4 trillion and may end up at $1.5 trillion or smaller. Key centrist Sens. Joe Manchin and Kyrsten Sinema have variously opposed most of the new tax proposals that Democrats have suggested.

“It is still a little inconceivable to me that after the last 18 months — and everything we saw during the course of the pandemic — that we are hearing that Congress is going to leave paid leave for another day,” Laura Narefsky, counsel on education and workplace justice at the National Women’s Law Center, told Insider.

“If the news reports are true, this is a devastating and incomprehensible blow to American families,” Vicki Shabo, a paid leave expert at think tank New America, told Insider.

She added: “This was a once in a generation opportunity to build on the Family and Medical Leave Act to finally bring the promise of paid leave to the US, to end its outlier status, and to make good on promises that the president ran on.”

The family and medical leave benefits were a central focus of President Joe Biden during his 2020 campaign and, even if enacted, would leave Americans with some of the stingiest leave benefits in all the developed world, The New York Times’ Upshot reported. The US is already an outlier when it comes to benefits. A report from the Organization for Economic Cooperation and Development (OECD) found that, out of 41 countries, the US was the only one not to mandate paid leave. The US also has no federal sick leave mandates.

Advocates for paid leave argue that it bolsters the economy, with an analysis from the University of Massachusetts Amherst finding that paid leave would increase Americans’ incomes by $28.5 billion every year.

Paid leave is among the latest of many cuts Democrats have reportedly made to appease Manchin, including tuition-free community college and an expanded five-year child tax credit. But some lawmakers have been clear that they will keep fighting for all of their priorities until they see the final version of the bill.

“Until the bill is printed, I will continue working to include paid leave in the Build Back Better plan,” New York Sen. Kirsten Gillibrand, who has been a leading advocate for paid leave, said in a statement on Wednesday.

Other lawmakers have been making similar statements with regards to wanting to see the final bill text. Michigan Rep. Andy Levin, for example, told Insider during a Tuesday interview that he will keep fighting to get free community college in the bill “right up to the closing whistle.”

Democrats were hoping to pass the “Build Back Better” bill — along with a $1 trillion bipartisan infrastructure bill — this week.

“We cannot recover holistically unless you provide the full range of supports that working families need,” Narefsky said. “It is so short-sighted to think that because we are trimming down some abstract top-line number, that that is the end goal. Paid family and medical leave is a benefit that touches everyone.”