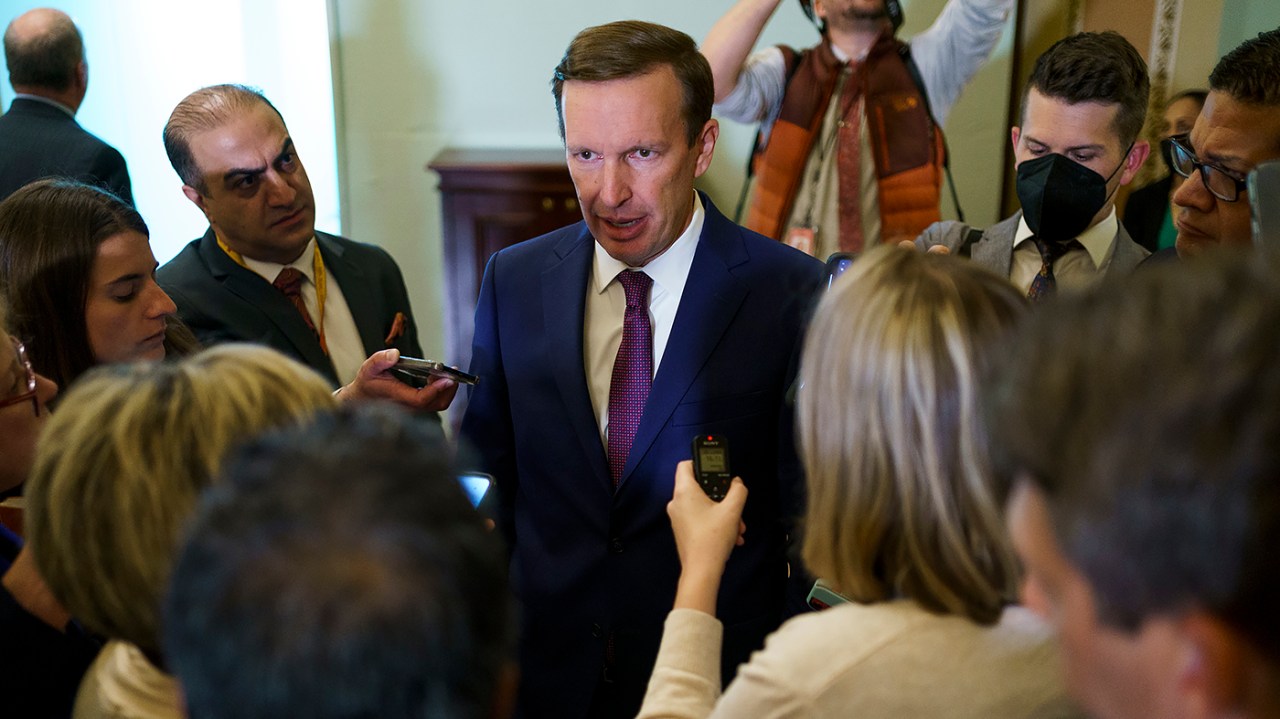 Senate negotiators on Tuesday reached a long-awaited deal on a bipartisan gun safety bill to take firearms away from dangerous people and provide billions of dollars in new mental health funding.

The legislation represents a rare moment of bipartisan agreement on the charged issues of gun violence and gun control, breaking nearly 30 years of stalemate on those issues.

The bill does not ban assault-style rifles or high-capacity magazines or significantly expand background-check requirements for gun purchases, reforms that were top Democratic priorities a decade ago.

But it does give states more resources to take guns away from dangerous individuals, even if they haven’t been convicted of a crime, and provides billions of dollars in funding for mental health treatment.

Lawmakers who crafted the legislation say their goal from the start was to prevent mass shootings, such as the mass-casualty events that left 10 people dead at a Buffalo supermarket and 21 dead at the Robb Elementary School in Uvalde, Texas.

“I want to make sure we actually do something useful, something that is capable of becoming a law, something that will have the potential to save lives,” Sen. John Cornyn (Texas), the lead Republican negotiator said on the Senate floor Tuesday.

“I’m happy to report as a result of the hard work of a number of senators in this chamber that we’ve made some serious progress,” he said.

Senators and staff worked through the weekend and said Tuesday afternoon they had resolved all their outstanding disagreements, giving Senate Majority Leader Charles Schumer (D-N.Y.) a good chance of passing a bill before the July 4 recess.

“I believe that this week we will pass legislation that will become the most significant piece of anti-gun-violence legislation Congress will have passed in 30 years. This is a breakthrough, and, more importantly, it is a bipartisan breakthrough,” he said.

Senate Republican Whip John Thune (R-S.D.) said Tuesday the legislation is likely to pass because 10 Republican senators have already signed off on the framework of principles upon which the bill is based.

“My assumption is that based on that fact that they had 60 votes for the framework that they’ll have enough to pass,” he said.

Senate Republican Leader Mitch McConnell (Ky.) said last week that he will likely vote for the bill, giving it at least 61 votes, enough to overcome a filibuster.

Negotiators broke through a stalemate over language to close the so-called boyfriend loophole, which bogged down the talks last week.

Current law prohibits individuals from purchasing guns if they are convicted of misdemeanor domestic violence against someone they have been married to, lived with, or had a child with. Closing the loophole would apply that law to other romantic or intimate partners.

Under the boyfriend loophole reform, first-time offenders of misdemeanor domestic violence would have their right to own a firearm five years after completing their sentences as long as they aren’t convicted of any other violent crime during that period.

Lawmakers squabbled over whether to set up a similar restitution process to allow spouses, ex-spouses, co-habitants, and partners who share children convicted of domestic violence misdemeanors to regain their gun rights.

But Democrats declined to expand the gun-rights restitution process to a broader group.

Negotiators raced to finalize the legislative text amid signs of growing Republican opposition.

Cornyn got booed at the Texas Republican Convention on Friday when he tried to explain his efforts to fend off Democratic calls for an assault weapons ban and universal background checks.

But even the modest proposal to give money to states to administer red flag laws and other emergency intervention procedures is drawing strong criticism from some prominent conservatives, including Fox News host Tucker Carlson.

“Red flag laws will not end mass shootings, but red flag laws will end due process,” Carlson warned on Fox. “Under red flag laws, the government doesn’t have to prove you did anything wrong in order to strip you of your most basic rights. All that’s required to punish you is a complaint.”

Erick Erickson, a conservative radio host and pundit, warned this month “that such laws are going to start being used to attack people because of their political opinions.”

The legislation would provide money to states to administer so-called red flag laws and other intervention procedures to keep guns away from people deemed dangers to themselves or others.

Senators who drafted the language say there would be a swift adjudication process to give gun owners a chance to dispute and defeat a court order taking away their firearms.

“Unless a person is convicted of a crime or is adjudicated mentally ill, their ability to purchase a firearm will not be impacted by this legislation,” Cornyn explained to colleagues in a floor speech.

Cornyn emphasized that if states do not set up red flag laws with due process protections, they will not be eligible for federal grants.

Some critics of the proposal worry that veterans’ mental health records might be used to take their guns away.

The bill would also invest more than $7 billion in mental health services, boost funding for school-based mental health and support services, and invest in programs to strengthen safety measures around primary and secondary schools.

It would enhance the background check process for gun buyers aged 18 to 21 by allowing more access to juvenile crime records, clarify the definition of firearms dealers to include people who sell a large number of guns without a federal firearms license and crack down on the illegal gun trafficking.

Cornyn noted that the enhanced background check process for people younger than 21 would be controlled by the states.

The provision is scheduled to sunset after a period of 10 years, which means Congress would have to pass new legislation in 2032 to give the National Instant Criminal Background Checks System access to juvenile crime records.

One of the last holdups within the group was over how to apply Hyde Amendment language in the bill to ensure federal funding would not pay for abortions.

Cornyn said the debate over Hyde language was resolved by making sure it applied to the mandatory spending in the bill.

“There was concern. Hyde already covers discretionary spending but there was a portion of this that potentially involved mandatory spending, which was not covered. But I know we’ve resolved that in a manner that maintains Hyde protections,” he said.