Authored by Bill Blain via MorningPorridge.com,

Today’s Porridge is a two-handed effort with my colleague Benny Osei, Associate Portfolio manager at LeifBridge (a division of Shard Capital.) LeifBridge is one of our funds, aimed primarily at US expatriates in Europe.

Our chat started with Mother Goose himself; Masayoshi Son, founder of Softbank. Far from imploding following the unpleasantness with We-Work in 2019 Softbank achieved a net profit in 2020 of $11 bln and paid down debt on the back of investment gains through asset sales like Alibaba, DoorDash and Uber. Son expects the Vision Funds to produce a steady stream of 20 or so “golden eggs” each year from the 164 firms Softbank has been incubating in its 3 portfolios. One name in the frame is UK chip designer ARM, a world class business where a sale to Nvidia could be delayed for months by regulators.

Son has a choice; he could IPO his golden eggs, or he could SPAC them. 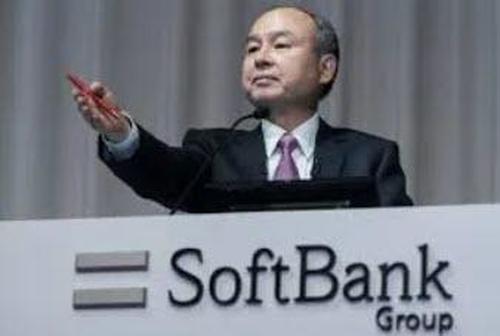 It would make sense to SPAC them – then Softbank can retain earnings by charging ongoing fees.

Special Purpose Acquisition Companies (SPACs) are all the rage at present. A sponsor asks in investors for money to go buy something to take public – the upside is how much higher the new public entity trades.

One widely-held perception is that SPACs are driven by smart financiers persuading investors to put money into an empty shell, and then rely on them to go make an acquisition. Everyone laughs at their similarity to the famous 1690 stock offer when a Englishman launched an oversubscribed 2000 guinea capital raise for a “Company whose purpose is not yet known”. (He ran off with the money…)

Everyone is talking about SPACs. They have plenty of bad karma – too many early deals that look borderline fraudulent have put them near the top of predictions on what causes the next market crash. Lots of people are unconvinced on their credibility, reckoning they exist solely to make sponsor fees, are often ill-conceived, and are yet another bubblicious asset class that will explode and flatten investment portfolios. They have a PR problem. Yet, dig down, and they make a curious amount of sense.

SPACs seem caught up the current market crazy mood. There is a new SPAC out there – Churchill IV, a pre-deal deal – trading 3.5x its $10 share price, and no-one knows for sure what it’s targeting. There is a rumour it might be “Tesla-Killer” Lucid.. but who knows. The stock went up then crashed when the rumoured M&A didn’t happen.  Folk were buying the SPAC on expectations of a big deal..

Whatever happens, funded SPACs will buy something. Once it has investors’ money to invest and the market is frothy, its not particularly bothered what price it pays to make the acquisition. This morning’s news is abut “connected bike maker” Myx, and an online fitness/nutrition company, Beachbody, in a “3-way SPAC” that sounds vaguely kinky, but catches the mood of these fervid days perfectly.. Research by the Edge Consulting Group shows most SPACs lose money in the first year.

On the other hand.. SPACs could make perfect sense in this investment environment. For the past 15 years the number of public companies has tumbled as private equity buyers scooped them up. Up to $4trillion of equity has been withdrawn from the market via stock buybacks. With interest rates so low, the market has gone 100% into equities – a perfect environment for new share issues. The world needs more equity! SPACs are a simple way to bring companies quickly to market.

Its chicken and egg. Is it demand or supply driving the SPAC market?

There are basically three ways to come to market.

One advantage for Softbank is it has track record in its tech investments. Everyone knows its successes in the tech space – and its’ failures. Any deal it brings to market will get more attention because it has credibility in the Tech space. Softbank sponsored IPOs or SPACs would do equally well. They both achieve the same end. Although SPACs are criticised for charging high fees, they basically cost about the same as an investment bank will charge to lead and IPO. It would make sense for Son and his henchmen to internalise the fees rather than hand the opportunity to an investment bank.

SPACs are evolving – and that’s why they should not be ignored.

An increasing number are linked to specific sponsors with plans around a particular target company. Naturally most SPACs are in Tech sectors, because that’s where most things new are innovated. Successful sponsors are financiers who understand the intricacies of the Tech sector involved and how to finance them. That’s causing a paradigm shift in SPACs, rightly moving the focus away from the sponsor, on to the target company and what the sponsor brings to the deal.

“A good example is AvePoint [the target] during its current reverse merger with APEX Aquistition Corp [the SPAC sponsor], where they are finding great value added in the SPAC sponsors, Jeff Epstein and Brad Koenig who really understand this market, and have board experience in advising mutinationals around the world in the respective fields.”(AvePoint is a global SaaS data management solutions provider (whatever that means, asked Bill).)

But it doesn’t need to be Tech firms. It all depends on who the Sponsor is targeting. Real estate lends itself to SPACs. There are swirling rumours a SPAC to take Bloomberg public is under consideration.

This week we’ve seen Pershing Square Tontine, one of the most watched SPAC’s rally dramatically (12%) on news it may shortly make the large acquisition its’ buyers have been waiting for. Tontine’s head sponsor, market legend Bill Ackman, explains there are no barriers to SPACs, but they will look to firms that are:

The question is – what does he has his eye on that meets these parameters?

Stick to these rules and what’s not to like about treating SPACs just like an IPO? Do the work on the target, and what the sponsor brings to the deals, and if they make sense.. then invest on the same basis.

Are SPACs extendible to Yoorp? Probably not.

It’s said that Anglo-Saxon investors require 80% of the information to make an informed call on an investment. In contrast European’s will want to see 120% of the data before they get their sliderules out and run their Excel sheets over it. That’s an unsubtle explanation why the UK and USA triumph over Yoorp in finance – its art, not science.

In Europe, there just aren’t the same number of large cap private companies that could meet Ackman’s tests. There are plenty of VC and PE firms active in the space. Do the right sponsors with the knowledge and expertise to make a European SPAC sector work – they are not apparent yet. Until we find European target companies, it will be tough to grow an investment based for European SPACs.