Building on the list of recent companies to add crypto to their reserves, or embrace as a payments solution, Jack Dorsey’s other company – Square – reportedly added $170 million of bitcoin to its existing $50 million reserves. 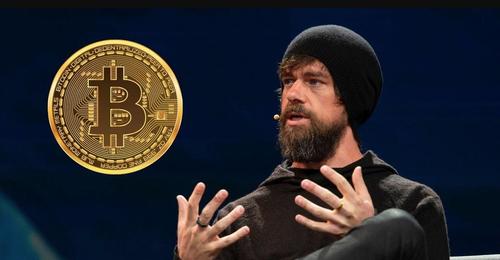 Square also announced today that it has purchased approximately 3,318 bitcoins at an aggregate purchase price of $170 million.

Combined with Square’s previous purchase of $50 million in bitcoin, this represents approximately five percent of Square’s total cash, cash equivalents and marketable securities as of December 31, 2020.

Aligned with the company’s purpose, Square believes that cryptocurrency is an instrument of economic empowerment, providing a way for individuals to participate in a global monetary system and secure their own financial future.

The investment is part of Square’s ongoing commitment to bitcoin, and the company plans to assess its aggregate investment in bitcoin relative to its other investments on an ongoing basis.

Square’s bitcoin revenue came in at $1.76bn (less than the expected $1.87bn), but the company sees dramatically increased bitcoin adoption from $177.6 million a year ago

We have focused on making bitcoin more accessible for our Cash App customers by providing a streamlined onboarding process, fast settlement, and the ability to buy, sell, and transfer bitcoin easily. Since its launch, we have seen meaningful adoption of our bitcoin product: In 2020, more than three million customers purchased or sold bitcoin on Cash App, and, in January 2021, more than one million customers purchased bitcoin for the first time. Furthermore, in the fourth quarter of 2020, bitcoin volumes per customer were up more than 2.5x year over year, primarily driven by buying activity, as existing customers continued to buy bitcoin and new adopters bought even greater volumes of bitcoin. Bitcoin has helped increase gross profit per active customer and engagement in our broader ecosystem as bitcoin actives use other products, such as Cash Card and direct deposit, more frequently compared to the average Cash App customer. 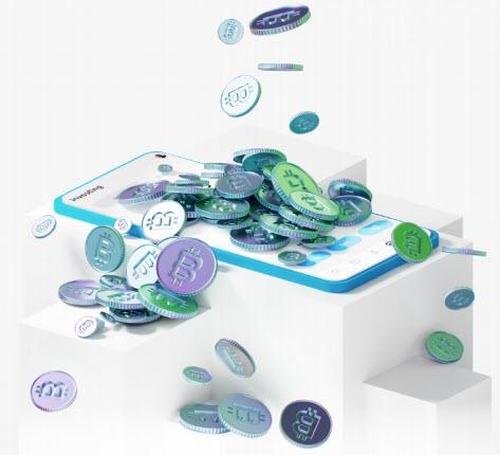 We believe Cash App is the easiest way to get started buying bitcoin. In the fourth quarter, we saw more customers adopting bitcoin on their first day of onboarding than ever before. In January 2021, more than one million customers purchased bitcoin for the first time.

And Bitcoin rebounded modestly on the news: 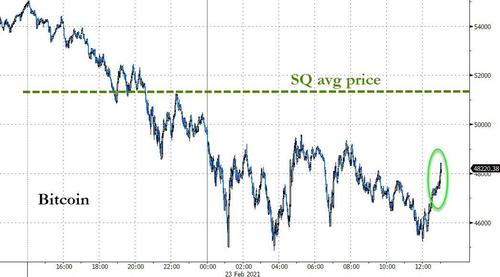 Dorsey’s average entry price for this latest quarter’s bitcoin buys was $53,125, meaning they are underwater on the crypto position for now.