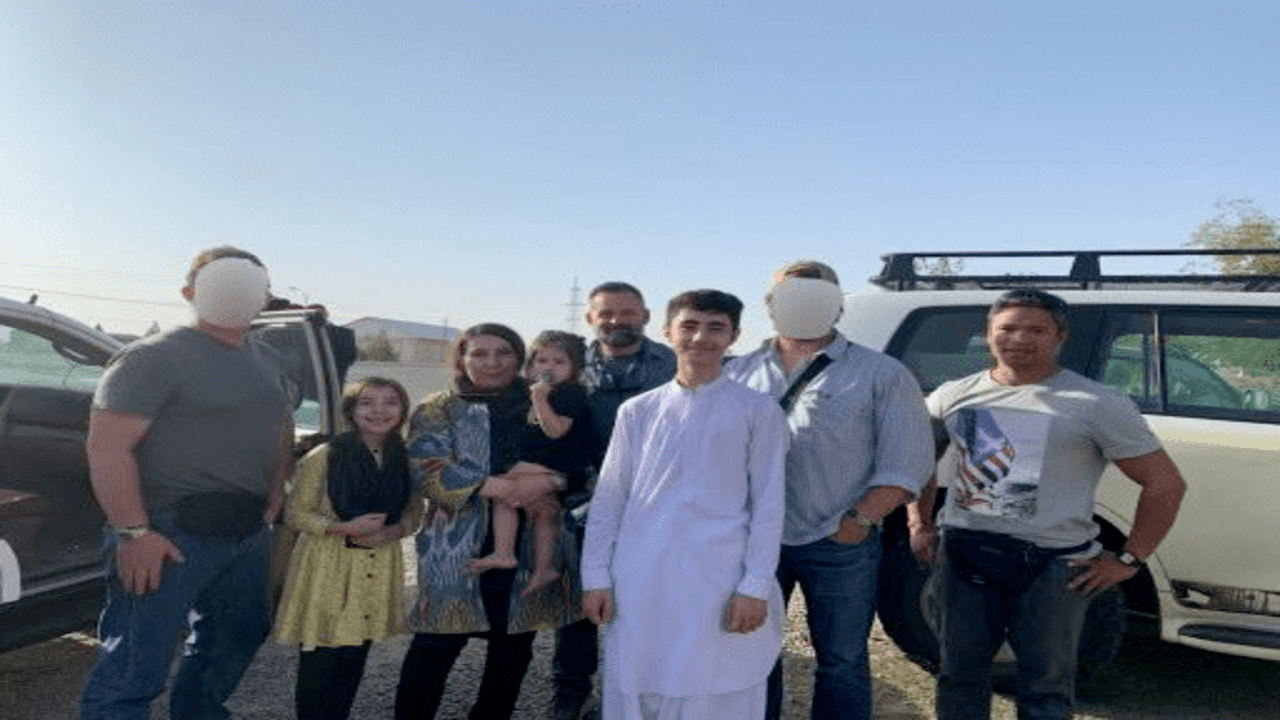 EXCLUSIVE: The organizer of a private mission to rescue an American mom, Mariam, and her three children from Afghanistan says the U.S. State Department is now trying to insert itself into the story of her evacuation, despite playing little to no role for much of the rescue effort.

Senior State Department officials on Monday announced that the “U.S. has facilitated the safe departure of four US citizens by overland route from Afghanistan. Embassy staff was present upon their arrival.”

But those actually involved in the dangerous rescue operation say the State Department deserves little to no credit for Mariam’s escape from Afghanistan.

Cory Mills and a private team of military veterans, drawing on funding by private donors including the Sentinel Foundation, led the effort to rescue Mariam and her three children from Afghanistan, where they had been left behind by the Biden administration, multiple sources with knowledge of Mariam’s evacuation confirmed to Fox News.

Mills and his team worked for weeks to get Mariam’s family out of Afghanistan after Republican Texas Rep. Ronny Jackson alerted him to the family’s plight.

Mills’ team first sought to get the family aboard one of the last government flights out of Kabul, but she was unable to gain admission into the airport. The State Department repeatedly urged the four Americans to go to the airport gate, braving Taliban checkpoints along the way, only for them to be refused admission each time, Mills said.

The final time Mariam tried to enter the airport, a Taliban fighter pointed a pistol at her head and warned her not to come back. Shortly after that, Taliban fighters asked Kabul locals who knew Miriam how they could find her. Mills’ team rushed to get her and the children out of the city and into a safehouse.

Plan B was to get Miriam and her family aboard a private charter flight from Mazar-i-Sharif airport, but the planes were never cleared to take off. Some private evacuation organizers have blamed the State Department for failing to gain clearance for private charter flights to land in third countries, while Republican Texas Rep. Michael McCaul has blamed the Taliban for the planes remaining grounded.

Mills’ final card to play was to travel overland to a neighboring country – the exact country is being withheld to avoid jeopardizing future rescue missions – and attempt to get the family across the border.

It took multiple attempts and sleight-of-hand tactics that Mills compared to a shell game, but Mariam’s family finally crossed the border on Monday – just before the Taliban closed the checkpoint to prevent Americans from escaping, Mills said.

The State Department’s public posture about Mariam’s rescue is “absolute nonsense,” Mills told Fox News in an exclusive interview Monday. “The fact that they’re spinning this, trying to take 100% credit when they didn’t track this family, when they placated this family, when the mother, who was under extreme stress and extreme pressure, reached out to the State Department multiple times and got no help.”

A State Department spokesperson, when asked whether the agency is overselling its role in Mariam’s rescue, told Fox News in an email:  “The Department assisted four Americans depart Afghanistan via an overland route on Monday. We provided guidance to them, worked to facilitate their safe passage, and Embassy officials greeted the Americans once they had crossed the border.”

But Mills and others with knowledge of the operation say the State Department is exaggerating its role and had little to do with the rescue mission until the most dangerous part – getting Mariam and her children across the border – was completed.

“This is an attempt to save face by the administration for the Americans they left behind. This is a woman with three children from age 15 all the way down to two-years-old. And they did nothing to try to expedite this… But at the very last minute you have these ‘senior officials’ at the State Department trying to claim credit for this like ‘oh yeah look what we’ve done,'” Mills said.

“It’s like we carried the ball to the 99-and-a-half yard line and them taking it that last half yard and being like ‘look what we did.’”

“The only thing the Biden Administration seems to be good at is patting itself on the back for a job horribly done. This administration left my constituents behind in Afghanistan and now they’re lying about their role in getting these four American citizens out,” Jackson said.

“The State Department didn’t do anything for two weeks except put my constituents in danger and leave them stranded. I know this for a fact because my office has been working around the clock to get our people home with no legitimate support from State. Only after Cory Mills and his team got them into the third country did State offer support by securing tourist visas,” the congressman continued.

“Cory and his team are brave patriots. Praise God that American veterans have more resolve than Joe Biden or his State Department.”

Rep. Markwayne Mullin, R-Okla, called it a “flat out lie” that the State Department facilitated Mariam’s evacuation, saying the credit belongs to a “team of patriots who worked around the clock for two weeks to get them out, despite the many roadblocks from the State Department.”