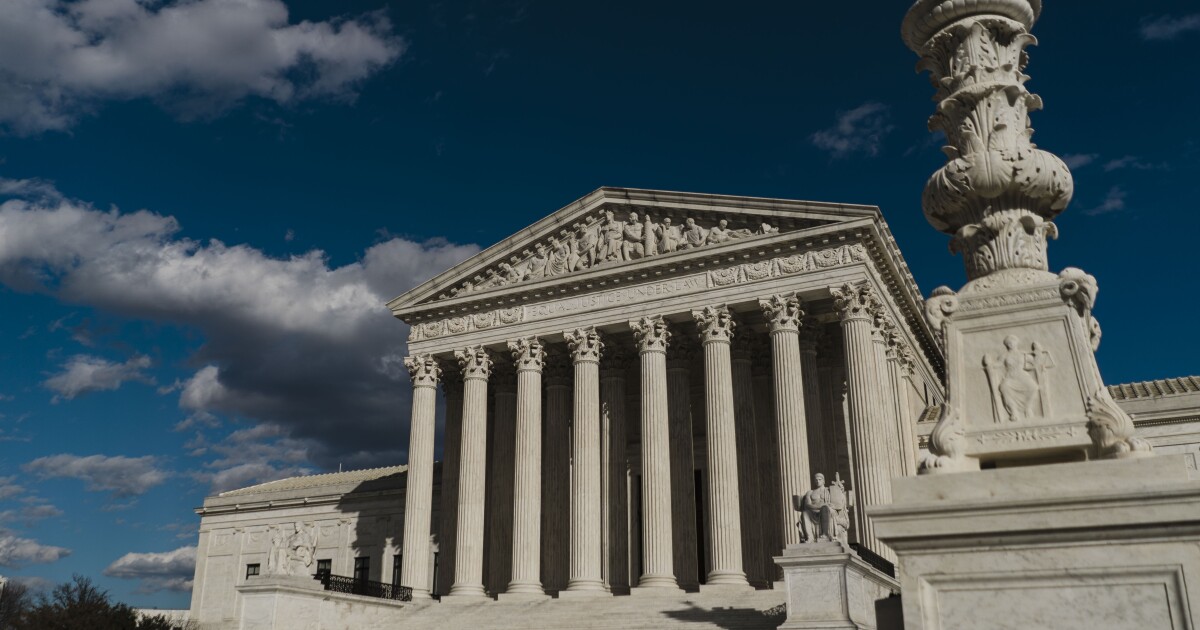 The Supreme Court on Thursday shielded police from being sued by suspects for failing to provide well-known Miranda warnings.

Ruling in a Los Angeles case called Vega vs. Tekoh, the justices by a 6-3 vote said that the only remedy for a Miranda violation is to block the use in court of a suspect’s incriminating comments.

The court’s conservative majority described the Miranda warnings as a set of guidelines that protect the right against self-incrimination. As such, the warnings, including the “right to remain silent,” are not constitutional rights in themselves that could result in a separate action against the police.

But Miranda warnings remain intact. For a confession to be used in court, the suspect must be warned in advance that he has a right to remain silent and that anything he says may be used against him court, the court said.

In dissent, the liberal justices said the ruling weakens the Miranda rights, and it may encourage the police to use pressure tactics against people they have taken into custody.

Justice Elena Kagan said some people are likely to be pressured to confess to a crime they did not commit.

“Today, the court strips individuals of the ability to seek a remedy for violations of the right recognized in Miranda,” she wrote. “The majority here, as elsewhere, injures the right by denying the remedy.”

In past rulings, the court said that evidence revealed by a suspect may be used against him court, even if no Miranda warnings were given.

In one such case from 2004, a man refused to talk to police who came to his house, but he agreed to show them where his gun was hidden. The firearm was then used to convict him of the crime of being a felon in possession of a gun.

At times in recent decades, police officers in California have been trained to continue questioning people who are held in custody, even if they have invoked their right to remain silent. Sometimes, these people reveal crucial details about a crime or about their involvement.

The decision is the second this month to broadly shield law enforcement officers from being sued. On June 8, the court, in another 6-3 decision, said that federal Border Patrol agents may not be sued for violating constitutional rights against the use of excessive force.

The case before the court began in 2014 when Los Angeles County Sheriff’s Deputy Carlos Vega was called to County-USC Medical Center to investigate a patient’s complaint that an orderly had sexually assaulted her. The officer said nurses told him that Terence Tekoh had transported the heavily sedated patient to her room.

Vega said he took Tekoh to a private room to talk, and the orderly admitted he had “made a mistake” and agreed to write out a full confession.

Tekoh told a very different story in court. He described an hourlong confrontation. He said the deputy closed the door and accused him of groping the patient and falsely claimed the abuse had been captured on video.

Tekoh said that he asked to speak with a lawyer but that the deputy refused, blocked him from leaving and dictated a confession that he was required to write out and sign.

Tekoh was charged with a sexual offense, and his confession was introduced as evidence at his trial. Even so, the Superior Court jury found him not guilty.

The orderly then sued Vega in federal court, accusing the deputy of violating his rights by not advising him of his rights and forcing him to confess to a crime.

A federal judge said Tekoh must prove the confession was coerced because the deputy’s failure to give the Miranda warnings alone did not violate his right against self-incrimination. The civil jury ruled for Vega.

Lawyers for Tekoh appealed and cited a 2000 Supreme Court ruling by Chief Justice William H. Rehnquist that said the Miranda decision was a constitutional ruling that could not be overturned by Congress.

The U.S. 9th Circuit Court of Appeals agreed in a 3-0 decision. Judge Kim McLane Wardlaw said Rehnquist’s opinion “made clear that the right of a criminal defendant against having an un-Mirandized statement introduced in the prosecution’s case in chief is indeed a right secured by the Constitution.”

But the Supreme Court in January agreed to hear Vega’s appeal. He argued that while the Miranda decision was designed to protect the right against self-incrimination, it does “not itself create a constitutional right.” Therefore, Vega and other police officers may not be sued for failing to give Miranda warnings, his lawyers said.

Lawyers for police organizations had urged the court to shield officers from being sued over the questioning of potential suspects.

Charles Weisselberg, a UC Berkeley law professor, said he fears the decision gives police an incentive to pressure people who refuse to talk.

“There will be no penalty for violating Miranda in this way,” he said. “There will be zero incentive for officers to cease questioning.”