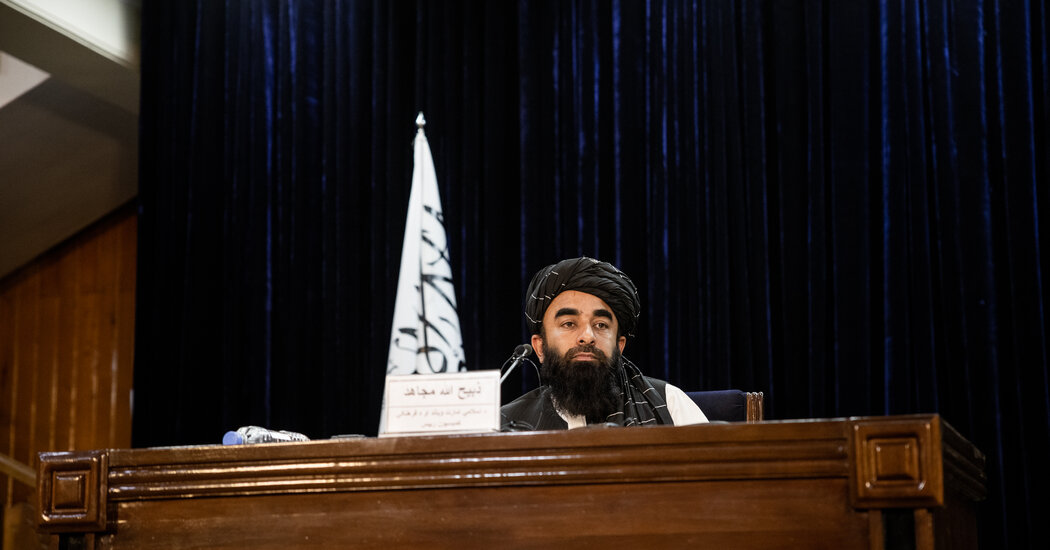 The Taliban claimed on Monday to have captured the Panjshir Valley, raising their flag over the last Afghan provincial capital not firmly under their control, even as representatives of the opposition forces there maintained that they would fight on from the mountains.

If the Taliban manage to keep Panjshir under control, it would be a symbolic capstone to the group’s lightning-quick conquest and return to national power.

The Taliban never managed to control Panjshir the last time they ruled Afghanistan, from 1996 to 2001, and it was the launching point for the U.S.-led invasion after the Sept. 11, 2001, terrorist attacks on New York and the Pentagon.

Soviet forces, during their occupation of Afghanistan in the 1980s, made advances into the territory on at least nine occasions, only to be repelled each time, sometimes after suffering heavy casualties.

The Taliban have always been bitterly opposed to the fighters of the Panjshir and were complicit in the assassination of their storied commander Ahmad Shah Massoud 20 years ago.

While rumors of the Taliban’s having taken over in Panjshir swirled this past weekend, it was not until Monday morning that the group officially claimed control.

“Panjshir Province completely fell to the Islamic Emirate of Afghanistan,” Zabihullah Mujahid, the Taliban’s spokesman, wrote in a statement on Twitter.

Taliban fighters posted images online said to be of militants raising the flag of the Islamic Emirate of Afghanistan, as the Taliban call the country, in the provincial capital, Bazarak, as well as of their forces talking to local leaders.

But while the Taliban claimed that they had conquered the entire province, the opposition group, the National Resistance Front, disputed that account, saying that its forces were still positioned across the Panjshir Valley.

“We assure the people of Afghanistan that the struggle against the Taliban and their partners will continue until justice and freedom prevails,” it said on Twitter.

The conflicting accounts of what was happening on the ground in the area 70 miles north of Kabul, the country’s capital, were hard to verify because internet and telephone service into the region has been cut off.

The resistance group’s leader, Ahmad Massoud, son of Ahmad Shah Massoud, the commander who was assassinated in 2001, issued an audio recording on Monday calling for the nation to rise up against the Taliban.

“Wherever you are, whether inside the country or outside, we appeal to you to rise up in resistance for the dignity, integrity and freedom of our country,” he said, according to a transcript of the recording.

He added that, despite the Taliban’s claims to want a peaceful negotiated settlement with the opposition forces, “they began a full-scale military offensive on our people which led to numerous victims, among them my close family members.”

There were reports on Sunday of possibly significant losses among the resistance fighters, including the deaths of several commanders and of the resistance spokesman Fahim Dashti.

For their part, the Taliban sought to reassure the local population that their forces meant them no harm.

“We give full assurance to the honorable people of Panjshir that they will not be discriminated against,” Mr. Mujahid, the group’s spokesman, said. “They are all our brothers, and we will serve a country and a common goal.”

Understand the Taliban Takeover in Afghanistan

Who are the Taliban? The Taliban arose in 1994 amid the turmoil that came after the withdrawal of Soviet forces from Afghanistan in 1989. They used brutal public punishments, including floggings, amputations and mass executions, to enforce their rules. Here’s more on their origin story and their record as rulers.

Who are the Taliban leaders? These are the top leaders of the Taliban, men who have spent years on the run, in hiding, in jail and dodging American drones. Little is known about them or how they plan to govern, including whether they will be as tolerant as they claim to be. One spokesman told The Times that the group wanted to forget its past, but that there would be some restrictions.

The Taliban took over the majority of Afghanistan with astonishing speed after the withdrawal of most American forces. After months of heavy fighting and taking horrific casualties, the U.S.-trained Afghan security forces melted away before the militants in the end, culminating in the Taliban’s seizure of Kabul on Aug. 15.

The Taliban have yet to formally announce the structure of their new government but said on Monday that they would soon offer more detail.

In what appeared to be a bid to try and keep former Afghan soldiers in the fold, Mr. Mujahid said that “former forces that were trained and are professionals should be recruited” into the new regime.

That, he added, would be done through “a procedure” that he did not elaborate on.

Still, pockets of resistance in Afghanistan remained, particularly in the north, where the Taliban have long clashed with other paramilitary groups. In late August, a group of former mujahedeen fighters and Afghan commandos said that they had begun a war of resistance in Panjshir. A rugged area about 70 miles north of Kabul, Panjshir, with its mountains and craggy valleys, has provided cover for insurgents since the Soviet occupation.

The Taliban in recent days reported making gains against the resistance forces and killing some senior leaders, including Mr. Dashti. Ahmad Zia Kechkenni, Mr. Dashti’s brother, said in an interview on Monday that the spokesman “was martyred for defending his people and country, Afghanistan.”

Representatives of the resistance group said that, despite the Taliban’s public statements that they were open to negotiations to find a peaceful resolution, they had never made any serious effort at rapprochement.

Ahmadullah Wasiq, deputy chief of the Taliban’s cultural commission, disputed that claim, saying that his group had previously reached out to negotiate with the resistance. Now it is too late, he said.

“They have missed the opportunity,” he said, “because the mujahedeen of the Islamic Emirates has taken over almost the entire province. However, if they still want to come and surrender themselves, they are welcome.”