Taliban leaders brawled over who gets credit for US departure: report – Business Insider 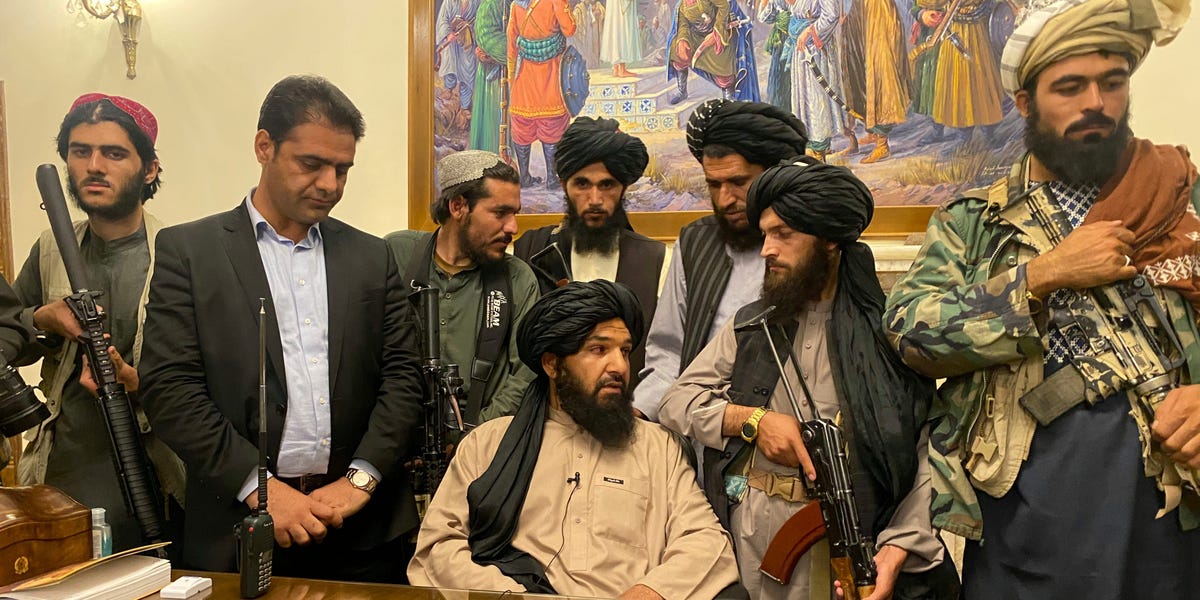 Top members of the Taliban had a massive brawl after falling out over who did the most to secure victory in Afghanistan, the BBC reported, citing senior officials of the militant group.

The fight between two factions in the Taliban leadership took place inside the Afghan presidential palace in Kabul late last week and came after a debate over who had most to drive the US military out of their country, the BBC reported.

The parties also clashed over who should get which cabinet roles in their new government, the BBC reported.

The Taliban took control of Kabul on August 15 and the US military pulled out of the country for good on August 30. The Taliban announced an interim government on September 7.

Leading one side of the fight was Taliban cofounder and interim deputy prime minister Mullah Abdul Ghani Baradar, the BBC said, while the other was led by Khalil ur-Rahman Haqqani, the minister for refugees.

Taliban sources told the BBC that the argument broke out because Baradar was unhappy about the makeup of the interim government.

Baradar had also argued that diplomatic efforts to take over Afghanistan, such as those carried out by himself, were more effective than the use of military force, the BBC reported. Haqqani and his followers disagreed, the report said.

The Taliban deny the fight took place, according to the BBC.

Reports of the melee comes as rumors swirl around Baradar’s condition, as he hasn’t been seen in public for several days. Taliban sources told the BBC that Baradar left Kabul for the city of Kandahar following the fight.

On Monday, Taliban spokesman Suhail Shaheen tweeted that rumors that Baradar had been killed in a fight were untrue.