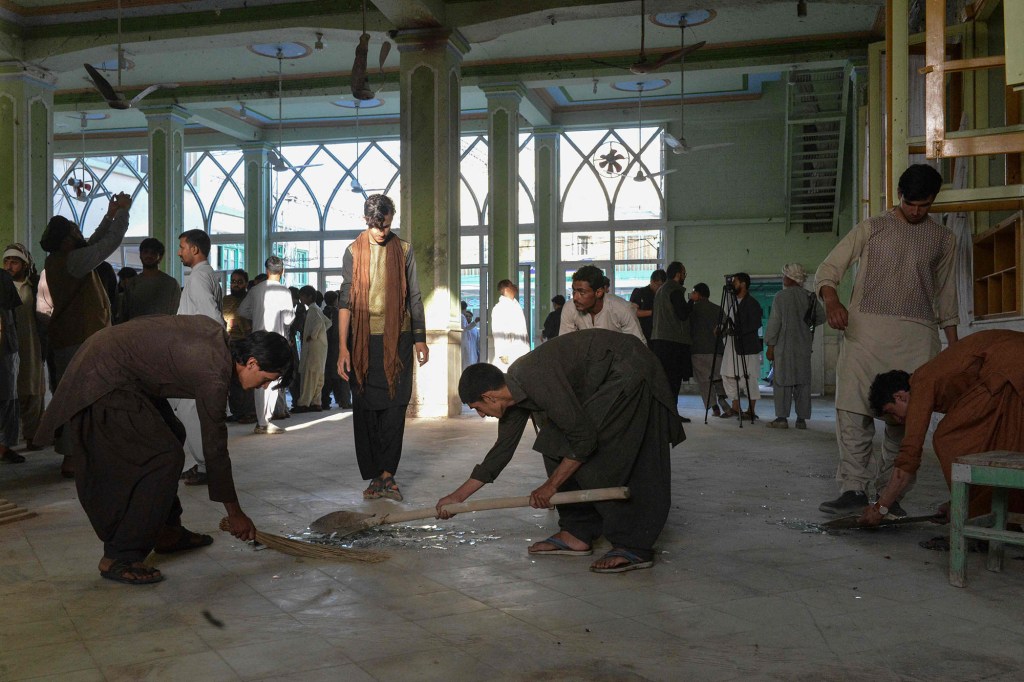 The Taliban have promised plots of land to the family members of suicide bombers who targeted US and Afghan forces, a spokesman for the Interior Ministry tweeted Tuesday.

The tweet, posted in English, echoed an announcement made the previous day by acting interior minister Sirajuddin Haqqani, who offered clothes and roughly $112 to dozens of male family members of “martyred” bombers who died for Islamic “jihad and sacrifices.”

“Now you and I must refrain from betraying the aspirations of our martyrs,” Haqqani reportedly said.

The acting interior minister’s comments suggest extreme aggression could see a resurgence in the now Taliban-ruled country — a move at odds with previous assurances following the fall of Kabul in August.

The US and its Western allies have warned the Taliban that they will not recognize its government as a legitimate legislative body should the Taliban allow terrorism and extremism to flourish.

The Taliban leaders’ meeting at a Kabul hotel Monday was the latest in a series of steps taken by the group to seemingly push Afghanistan back to a radicalization not seen since 2001.

The United Nations has predicted the entire country could soon be in a dire economic situation and will require additional humanitarian support.

The US has frozen billions of dollars in Afghan assets following the Taliban takeover in accordance with US sanction policies.

International monetary organizations have additionally paused as much as 75 percent of all fiscal disbursements the previous Afghan government relied on, the Associated Press reported.

The US has evacuated upward of 124,000 Americans, Afghan allies and at-risk Afghans since the fall of Kabul.

The State Department has said it will continue to evacuate individuals still stuck in Afghanistan.

Fox News could not immediately reach the State Department for comment.