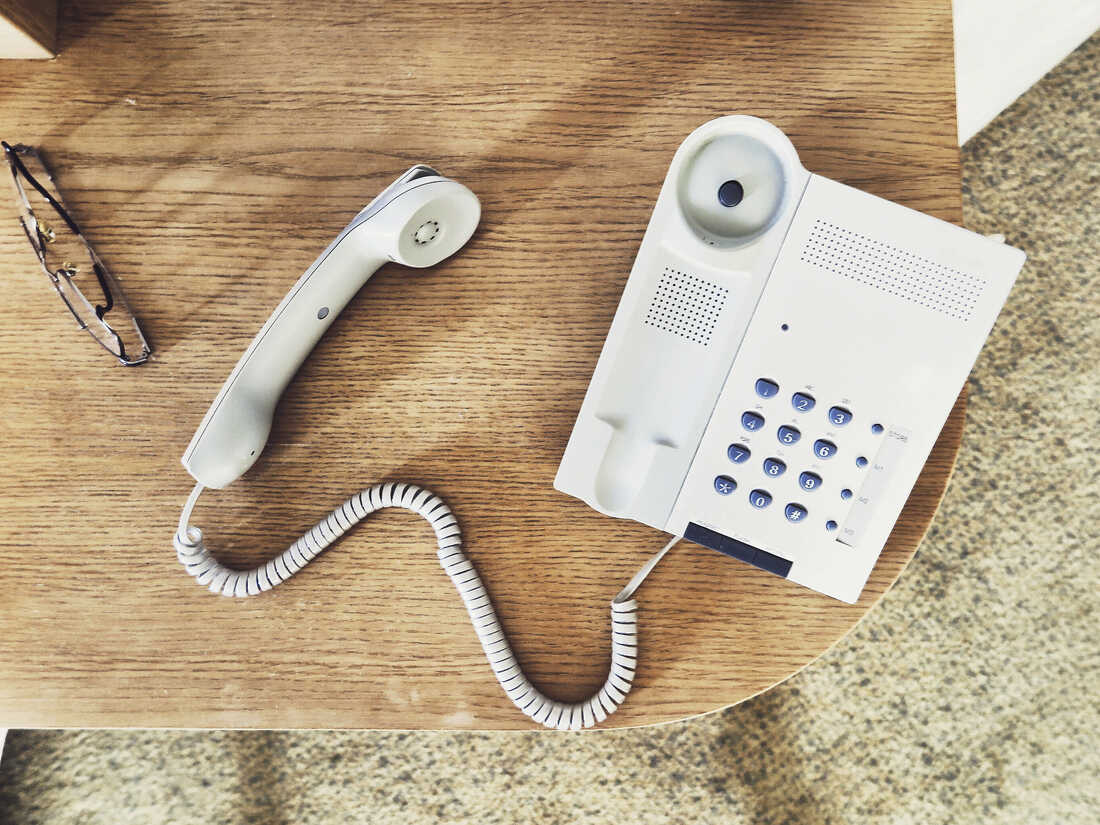 Community clinics say the easing of restrictions on telehealth during the pandemic has made it possible for health workers to connect with hard-to-reach patients via a phone call — people who are poor, elderly or live in remote areas, and don’t have access to a computer or cell phone with video capability. Silke Enkelmann/EyeEm/Getty Images hide caption 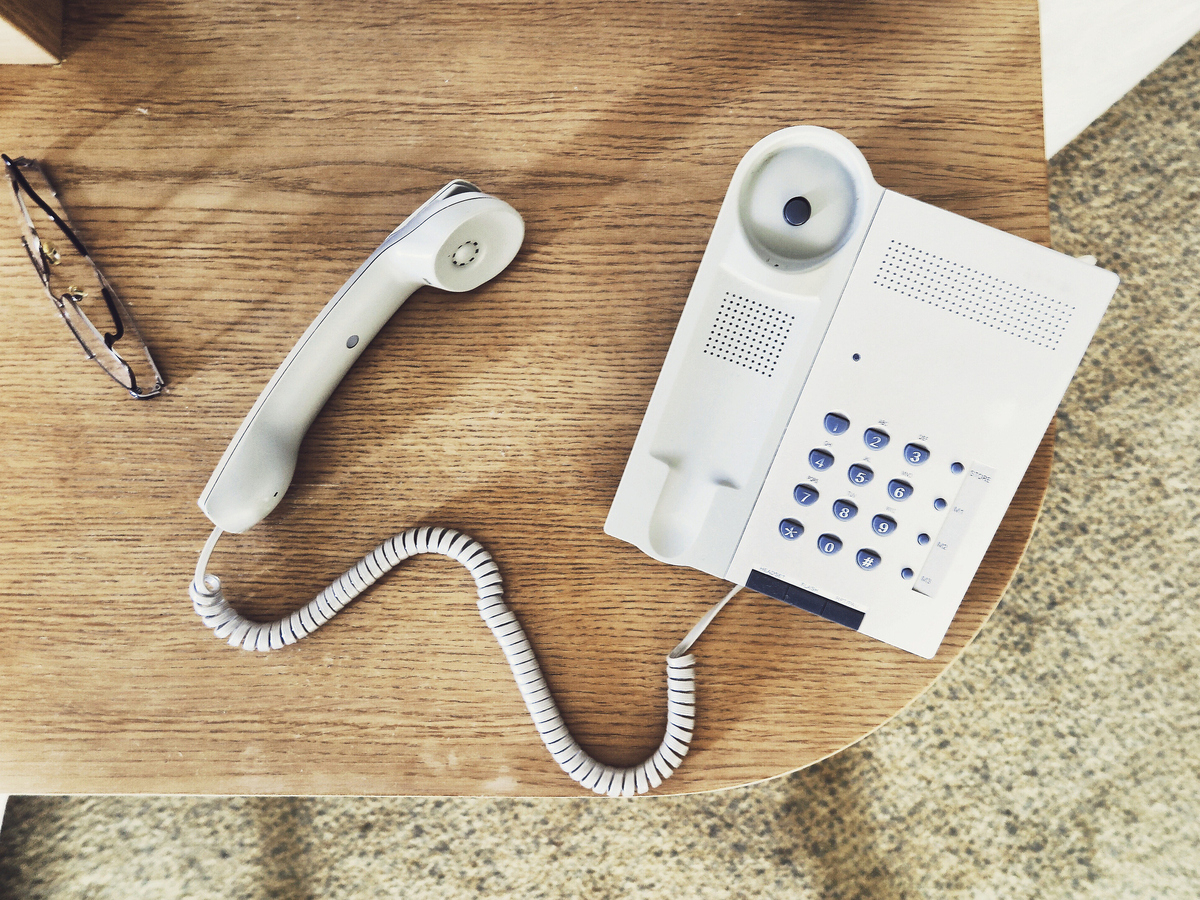 Community clinics say the easing of restrictions on telehealth during the pandemic has made it possible for health workers to connect with hard-to-reach patients via a phone call — people who are poor, elderly or live in remote areas, and don’t have access to a computer or cell phone with video capability.

Caswell County, where William Crumpton works, runs along the northern edge of North Carolina and is a rural landscape of mostly former tobacco farms and the occasional fast-food restaurant.

“There are wide areas where cell phone signals are just nonexistent,” Crumpton says. “Things like satellite radio are even a challenge.”

Crumpton, who grew up in this area, is CEO of Compassion Health, a federally funded community health center. The county has no hospital or emergency room. And for much of the pandemic, about half the center’s patients could only be reached the old fashioned way: A basic voice call on a phone landline.

“We have individuals who live in homes that wouldn’t be able to make a cell phone call if they wanted to,” he says. “High speed Internet is not available to them; furthermore, the only connection that they had to the outside world in some cases is a rotary dial phone.”

So when state and federal governments temporarily eased privacy and security restrictions on telehealth early in the pandemic, many patients across the country were able to get diagnosed and treated by the doctors over phones that don’t have video or camera functions. That, in turn, made it possible for health care workers to connect with hard-to-reach patients — people who are poor, elderly or live in remote areas.

But today, the rules that temporarily eased licensing and reimbursement restrictions in ways that expanded the use of this type of telehealth service are rapidly shifting.

There are about 1,000 proposals pending before state and federal legislatures that address extending or expanding telehealth beyond the pandemic’s public health emergency. To date, about half of of all U.S. states have passed measures keeping audio-only telehealth in place. In the remaining states, absent legislation, old restrictions governing telehealth have or will kick back in; some will sunset when the federal public health emergency ends sometime after the end of the year, while others have set their own time lines.

Meanwhile, insurance coverage policies are also in flux. Medicare, for example, says it will cover audio-only visits for mental and behavioral health treatment through 2023. But some private insurers have already stopped reimbursing coverage for audio-only care.

Taken together, the changes mean patients might face abrupt severance from care they’ve gotten accustomed to accessing remotely and easily.

That kind of return to normal is not what Gail Grinius wants to see. Grinius, a patient at Compassion Health, says access to medical care has always been a challenge in her community.

“There’s a lot of people who don’t have transportation,” she says. So when they run out of medications or need a checkup, they often resort to calling 9-1-1. Being able to visit the doctor through a phone call, she says, would be a “blessing” for many people, the way it has been for her during the pandemic.

Grinius is 71 and has diabetes and skin and vascular conditions that make it hard for her to walk. She also relies on 15 different medications, so the ability to meet with her doctor by phone has been critical. “Otherwise, I don’t know,” she jokes, “I might be dead by now.”

As lawmakers and insurers debate whether to continue allowing this sort of audio-only care to continue, the crux of the debate is whether this low-tech way of reaching more people is it also safe and effective.

The pandemic changed Krista Drobac’s mind about that tradeoff.

“Prior to the pandemic, I thought of audio-only as a quality issue; now I think of it as an equity issue,” says Drobac, executive director of the advocacy group Alliance for Connected Care. “It really does expand access for patients to providers that they would otherwise not be able to see.”

Nearly all the patients in her clinic whose first appointment was by phone didn’t show up for follow-up care, says Moukaddam. She’s an associate professor of psychiatry and behavioral sciences at Baylor College of Medicine and a member of Physicians for Patient Protection. “Audio-only did not give us [a] connection to the patient,” who was often reached on a cell phone while grocery shopping or driving or in the bathroom, she says, and therefore not fully engaged.

Nor could Moukaddam assess whether they had tremors, skin discoloration or alcohol on their breath, she says. “The problem it is it kills medicine — you cannot do stuff without a physical exam.”

Telehealth has grown 38-fold since the pandemic began, according to a study by the consulting group McKinsey & Company — not just for therapy and mental health, but also for treating physical conditions.

That’s a mixed bag for people like Dr. Rahul Shah, an orthopedist in Southern New Jersey, who says he loves the ability to conference call patients with their family members, but also hears about patients meeting their surgeons for the first time in the operating room.

“It’s scary,” he says. “That’s scary. Think about the risks that the doctor is taking by never laying hands on that patient — I mean, that’s mind boggling,” and would never have happened prior to the pandemic, Shah says.

There is still no substitute for in-person health care, he says. For example, he recently saw a patient at his office who had come in with various medical tests and scans indicating his pain radiated from his lower back. But when the man stumbled out of his chair, Shah suspected another culprit, and ordered a different MRI.

“Lo and behold, it turns out that the gentleman had evidence of significant problems within his neck,” says Shah. “If I hadn’t seen him get out of the chair, I would have missed this whole line of questioning.” That kind of change in diagnosis after an in-person visit, he says, happens every other week in his practice.

Moving toward a hybrid of remote and in-person health care

Like many other physicians, Shah sees medicine moving toward a hybrid of both remote care — in the types of cases where that suffices — and in-person care. His home state of New Jersey hasn’t yet passed a bill authorizing the extension of telehealth flexibilities or specifying what insurance will pay for these phone or video visits. But given the shifting regulatory and insurance landscape, Shah also says it’s also hard to know how much his practice should invest in new capabilities to offer telehealth appointments.

That is a common complaint, says Courtney Joslin, a resident fellow at the R Street Institute, a free-market think tank.

“There’s so much uncertainty about what’s going to be made permanent, and what’s going back to the way things were,” she says. “Now, a lot of providers and even hospitals are like, ‘Well, should we continue to invest in the infrastructure for this? Is our state going to continue to allow this or not?'”

And that leaves many patients — and their doctors — in limbo.