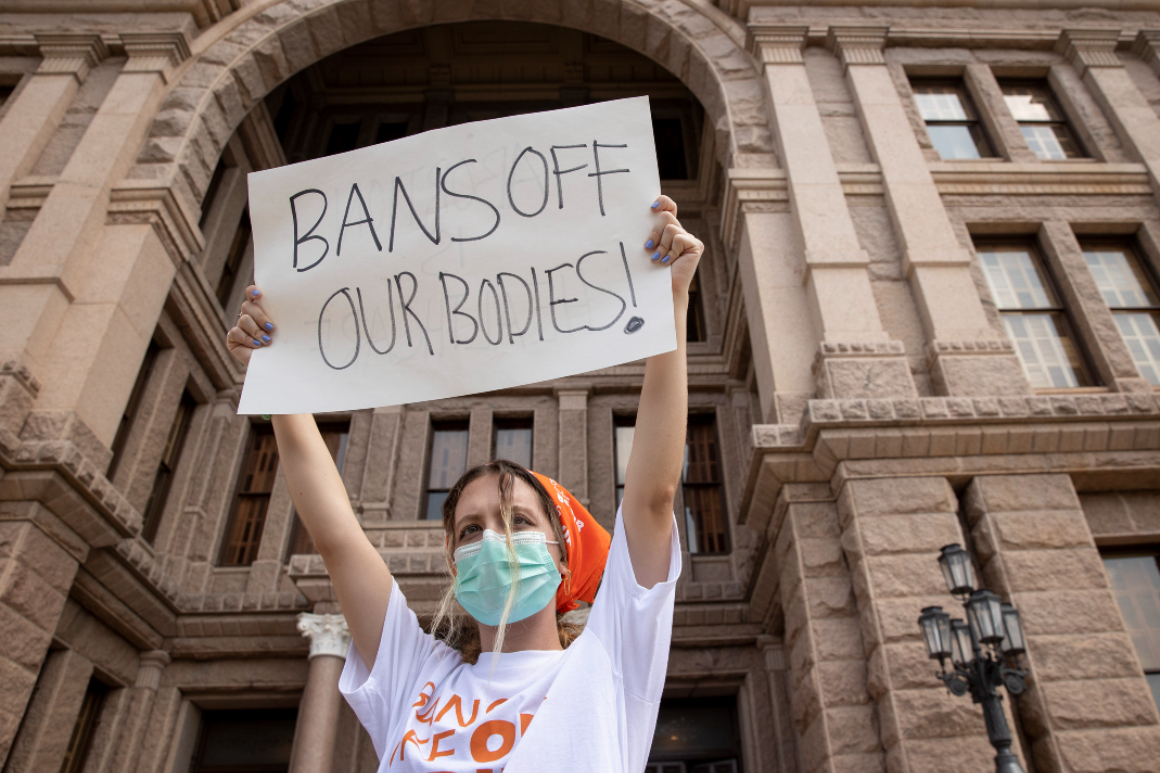 “It is evidence tending to show the court is inclined to substantially cut back or overturn Roe, but it’s not conclusive evidence,” Cornell University law professor Michael Dorf said of the justices’ refusal early Wednesday to act on a petition to freeze the Texas law.

The court’s silence is difficult to interpret, given how different the case is from many other recent abortion battles. The case may well be snagged over technical and procedural issues, rather than because of something directly related to the court’s interpretation of Roe v. Wade, lawyers said.

“That the court wasn’t able to sort this through late at night doesn’t really say much,” said Ed Whelan, a senior fellow at the conservative Ethics and Public Policy Center, arguing that it’s not an indicator of what will happen when the justices review Mississippi’s 15-week abortion ban in a case, Dobbs v. Jackson Women’s Health Organization, that’s expected to decide the fate of Roe this fall. “I don’t think this issue will have any particular impact on what the court does in Dobbs,” he said.

Unlike six-week abortion bans passed in more than a dozen states that have all been blocked by courts, Texas’ law has so far survived judicial challenges because it made the public the enforcer instead of state. People who successfully bring suits will win $10,000 in damages, and litigation can be brought against people other than the patient, such as a friend who lends money to pay for an abortion or provides a ride to a clinic.

“Anyone perceived to be aiding and abetting an abortion now has a bounty on their head,” said Planned Parenthood President Alexis McGill Johnson. “The state is empowering vigilantes to enforce a bad law.”

Defendants in the challenge to the law brought by Texas abortion providers include a county judge and clerk who would handle suits brought by private citizens. But preemptive litigation against judges is seldom allowed because of immunity Congress has bestowed.

“There’s a sort of evil genius about structuring the law this way because it involves all sorts of complicated procedural obstacles to getting relief,” Dorf said.

The patient getting the abortion cannot be sued. Neither can individuals who refer a patient to an abortion provider in another state, or help the patient make the journey. But the lawyers representing the clinics say it still will have a chilling effect on physicians who’ll be more reluctant to do the procedure and patients fearful to seek one even prior to six weeks of pregnancy.

“It creates a situation in which, even if the defendants were to win every single case, the burden of having to defend themselves, of getting attorneys, of having to go to around to rural courts across Texas’ 258 counties — that alone threatens to stop the provision of abortion across the state,” said Marc Hearron, a senior counsel with the Center for Reproductive Rights and the lead attorney behind the challenge.

Hearron also argues that the law has baked in incentives for people to file frivolous lawsuits, with no financial penalties if they fail to prove an illegal abortion was performed but a minimum $10,000 reward if they succeed.

“The way the Texas Legislature structured this law was to entice as many lawsuits as possible and make it essentially risk-free,” he said.

The ACLU, one of the lead groups challenging the law, said they are not yet aware of any suits filed in the state.

For now, advocates are keeping their eyes on both what the Supreme Court does next and how quickly other states copy Texas’ strategy.

While the justices could still freeze the Texas law to allow legal challenges to play out, abortion opponents seem emboldened.

“This is an innovative idea that puts the power of this issue back where it belongs, with ‘We the People,’” said Kristan Hawkins, the leader of the group Students for Life Action, which lobbies in dozens of state capitals. “We are looking at this as a tool in future model legislation.”

Abortion rights groups that monitor state policy expect Arizona, South Carolina and Ohio to be among the first states to replicate the law, but say others that have previously passed six-week bans — including Kentucky, Mississippi, Alabama, Arkansas and North Dakota — may follow.

Although the Texas law is novel, in 1997, Louisiana legislators passed a measure giving women who undergo abortions the right to file civil suits against their abortion providers for unlimited damages stemming from the procedure.

A federal judge blocked that statute and a 5th Circuit Court of Appeals panel upheld the injunction. But in 2001, the appeals court ruled 2-1 that the suit used to mount the challenge was unconstitutional because the named defendants — Louisiana’s governor and attorney general — weren’t involved in enforcing the law and had immunity under the 11th Amendment.

The Texas statute is even broader, since it sanctions enforcement by essentially anyone — an approach sometimes called “private attorneys general.” Such laws have been around for centuries but grew in popularity in some liberal circles in the late 1990s and early 2000s as a means of beefing up enforcement of environmental and labor statutes.

“This mechanism does not inherently have an ideological basis,” Dorf said. “In those contexts, it was not so much an effort to prevent potential targets of the law from bringing an anticipatory lawsuit, but an attempt to bring private sector resources to bear.”

Hearron and other attorneys representing clinics warn that if the Texas law holds up in court, other states could use the same strategy on a host of issues other than abortion — from Covid precautions to restrictions on protests.

“If a state can simply outsource its enforcement authority to private citizens and deputize them to sue people for simply exercising a fundamental right, then that would allow any state to attack any individual right,” he said. “You can spin out hypothetical after hypothetical. So everyone from all sides ought to be extremely concerned and hope that Texas’ cynical structure for this law fails.”