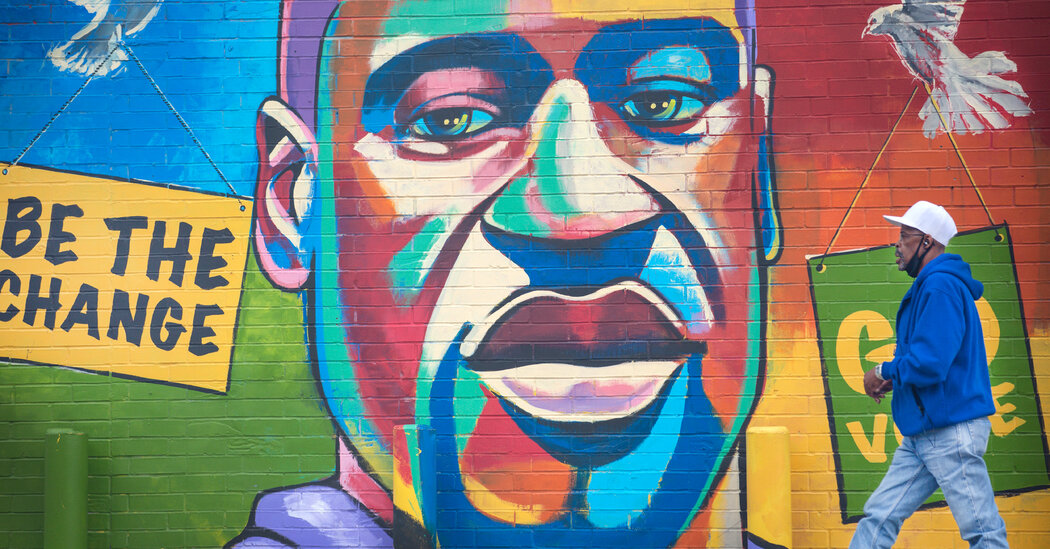 In 2004, George Floyd was one of scores of people arrested on the word of a Houston narcotics officer, Gerald M. Goines, who said he had watched Mr. Floyd hand over a “dime rock” of crack cocaine during an undercover drug buy.

But after a botched drug raid ended with the death of a couple in their Houston home in 2019, Mr. Goines, who is now retired, became the center of a policing scandal. Prosecutors say he fabricated evidence to conduct the raid, including by inventing an informant, and have charged him with two counts of felony murder. He also faces federal civil rights charges, but has denied the allegations.

Now the state parole board has recommended a posthumous pardon in the Houston case for Mr. Floyd, whose killing during an unrelated arrest in Minneapolis in 2020 touched off a national debate over race and policing.

The pardon was requested by the Harris County Public Defender’s Office and endorsed by the district attorney, Kim Ogg. Her office has identified more than 150 people convicted in cases involving Mr. Goines that were based on the presentation of false evidence, a spokesman said.

The board’s vote for a pardon on Monday was unanimous, but a final decision will be made by Gov. Greg Abbott. The governor’s office did not immediately respond to a request for comment.

Mr. Floyd initially fought the charges, then accepted a plea deal in the case, and was sentenced to serve 10 months.

Ben Crump and Antonio Romanucci, civil rights lawyers who represent Floyd family members, called upon the governor to grant the pardon, but added that passing criminal justice reform measures was even more important. “Like the U.S. Senate, the Texas Legislature left undone the hard but necessary work of protecting residents from unacceptable police violence,” they wrote in a statement.

According to a report in Texas Monthly, Texas has granted a posthumous pardon only once, in a rape case where the defendant was cleared by DNA evidence.

Nicole DeBorde, a lawyer for Mr. Goines, said he has pleaded not guilty to the charges against him. She said that the prosecutors’ move to dismiss convictions in his previous cases was a way of bolstering the criminal case against him in the drug raid.

“There’s no new evidence of any kind to indicate that there’s any misconduct whatsoever or any problem with any of those previous arrests,” she said.