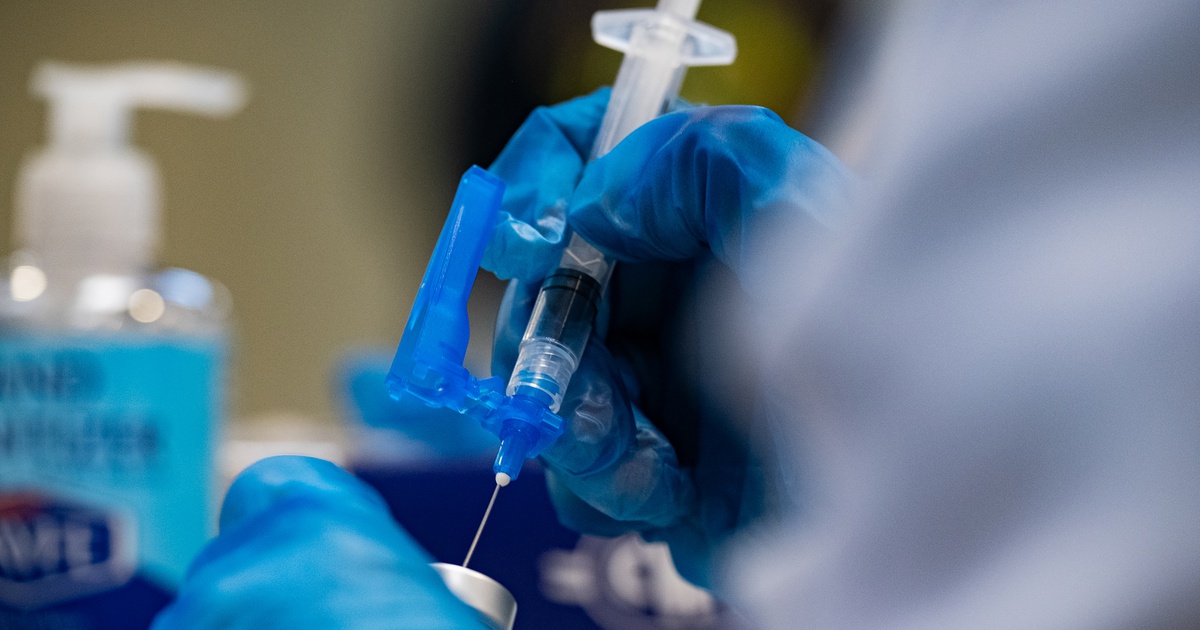 Sign up for The Brief, our daily newsletter that keeps readers up to speed on the most essential Texas news.

Companies doing business in Texas now face new and complicated challenges after Gov. Greg Abbott this week banned COVID-19 vaccine mandates for all entities in the state — including private businesses — for employees or customers.

The ramifications for businesses could begin as soon as Friday, when companies that enter into contract work with the federal government will be required to have all employees vaccinated under orders from the White House.

This conflicts with Abbott’s ban on vaccine mandates, putting the many Texas businesses that receive federal contracts in a tough position: Comply with federal law and violate Abbott’s ban, or comply with Abbott and turn down business from the federal government.

In addition to federal contractors, President Joe Biden also has announced that businesses with more than 100 employees must mandate vaccination against COVID-19 or require regular testing.

For Texas nursing homes, which have struggled during a pandemic that has ravaged their residents and decimated their workforce, a federal rule announced in August requires all nursing home employees to be vaccinated in order for their facilities to continue participating in the Medicare and Medicaid programs. If nursing homes instead comply with Abbott’s new rule, they could lose critical federal money.

More than 66,000 Texans have died from COVID-19, including 10% of nursing home residents during the first year of the virus.

“This harms Texans directly,” Karen Vladeck, an employment lawyer in Austin, said of the new order from Abbott. “I just think it wasn’t well thought out.”

Abbott’s office did not reply to a request for comment.

On top of prohibiting any entity in Texas from requiring vaccinations, Abbott’s order also lists several expanded exemptions. Vladeck and other employment lawyers said that this adds to the vaccine dilemma facing businesses in Texas. Under Abbott’s new rule, people may opt out of a vaccine requirement for medical reasons, including if they prove they have had COVID-19 in the past, despite scientists widely agreeing that this does not protect people against contracting the virus.

“The executive order’s medical reason language is a bit strange because usually you exempt people for medical reasons if they have a severe allergic reaction to a vaccine,” said Elizabeth Sepper, a law professor at the University of Texas at Austin. Abbott’s order is “meant to cover people who don’t want to get the vaccine because they believe, quite wrongly, that they’re completely protected by already having COVID.”

Abbott’s rule also allows people to opt out of a vaccine requirement if they prove they hold a deep personal belief against getting jabbed.

Any entity that fails to comply with Abbott’s rule could receive up to a $1,000 fine.

Abbott’s Monday order is a reversal from his position in August, when the Pfizer vaccine received final approval from the U.S. Food and Drug Administration. At the time, Abbott’s spokesperson said that businesses had the option of mandating vaccination for employees and “private businesses don’t need government running their business.”

“It’s all about company choice in Texas, except now it’s come to something that they don’t like what the companies are choosing,” Vladeck said. “It puts a big burden on employers.”

“Texas hospitals strongly oppose efforts underway to hamstring them from being able to require vaccination of their own staff, many of whom are at the bedside every day with children and adults who are vulnerable to COVID-19,” Shaw said in a statement. “This political action undercuts the central mission of hospitals, and patients and staff cannot be put at unnecessary risk. Hospitals have soldiered on for months at ground zero of this pandemic. As experts in healing and saving lives, hospitals must have the trust, respect and flexibility to mandate vaccines in their own facilities to protect the people of Texas.”

“I think it’s pretty clear when you make a choice that’s against all public health information and data out there, that it’s not based on what is in the interest of the people you are governing, it’s perhaps in the interest of your own politics,” Psaki said Tuesday.

Ray Perryman, an economist based in Waco, said Abbott’s decision is unhelpful for the state economy as it recovers from the economic impacts of the pandemic.

“This order will almost certainly cause confusion with conflicting requirements for many businesses,” Perryman said in an email to the Tribune. “From an economic perspective, it is not necessary and likely counterproductive.”

“One of the hallmarks of capitalist economy is the ability of the private sector to make decisions without government intervention unless there is a legitimate public concern that needs to be addressed,” Perryman said. “It is difficult to see how forcing companies to expose their employees, vendors and customers to greater risk of a deadly disease and fostering the spread and mutation of that disease brings a compelling public benefit.”

“The Governor’s latest executive order banning private businesses from keeping their employees and customers safe is shameful,” Menefee said in a statement. “And we know that this is mostly a political bluster designed to create confusion and subject businesses to burdensome lawsuits, which can only slow down our economic recovery.”

“The governor’s executive order does not support Texas businesses’ ability and duty to create a safe workplace,” Bob Harvey, the group’s president, said in a written statement. “While the courts will likely decide the validity of this order, we encourage all employers to continue to promote the importance of vaccinations with their employees. Vaccinations are our path out of the pandemic, and the Partnership remains focused on supporting steps that lead to improving the rate of vaccination in our community.”

The Texas Restaurant Association questioned how Abbott’s new order would affect OSHA’s temporary emergency standard that’s supposed to be released in a couple of weeks. The association expects lawsuits to be filed in response to Abbott’s ban on vaccine mandates. However, the association said it will continue to support restaurants and committed to protecting their employees and customers.

“Above all, we continue to call upon our communities to cooperate with restaurants that are trying to remain in business after a very challenging 19 months,” Kelsey Streufert, chief public affairs officer of the Texas Restaurant Association said in a statement. “By working together, we can accelerate our recovery from the COVID-19 pandemic, protecting our health and our economy.”

Disclosure: Greater Houston Partnership, the Texas Hospital Association and the University of Texas at Austin have been financial supporters of The Texas Tribune, a nonprofit, nonpartisan news organization that is funded in part by donations from members, foundations and corporate sponsors. Financial supporters play no role in the Tribune’s journalism. Find a complete list of them here.