AUSTIN — A Texas district court judge on Friday temporarily halted all child abuse investigations into gender-affirming care for trans minors after a daylong hearing that pitted the mother of a transgender teenager against the state’s lawyers.

District Court Judge Amy Clark Meachum read the temporary injunction from the bench late in the afternoon. She said it blocks the state’s new directive defining certain gender-affirming medical care as child abuse, and halts any such investigations until after a trial in the case set to begin in July.

Just before 9 p.m., however, Texas Attorney General Ken Paxton tweeted that he had filed an appeal that put the judge’s injunction on hold. Paxton said his appeal would allow “much-needed investigations [to] proceed as they should.”

Lawyers for the plaintiffs said late Friday that the immediate effects of the appeal on the injunction are unclear.

Identified in court by a pseudonym, Jane Doe is a state employee who says she was put on leave and investigated because her 16-year-old transgender daughter is undergoing medical treatment. She and Megan Mooney, a Houston psychologist, sued after Gov. Greg Abbott directed the Department of Family and Protective Services to open abuse probes into transgender youth receiving certain treatments.

After the hearing, their lawyer told The Dallas Morning News his clients and all Texas families with transgender children can “breathe a sigh of relief.”

“The judge’s decision reflects the recognition that the governor and department circumvented the legislative process and started a rule that terrorized families who love, support and seek the best care for transgender children,” said Paul Castillo, senior counsel with Lambda Legal, which along with the ACLU of Texas, is representing the plaintiffs. 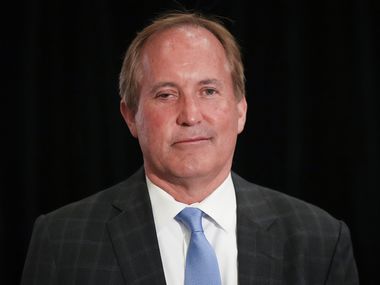 Lawyers for the plaintiffs argued Abbott acted outside of his authority when he ordered the child protective services agency to investigate all reports of transgender minors accessing certain gender-affirming medical treatments. The directive came on the heels of a nonbinding opinion from Paxton that said such treatments, including puberty blockers and hormone therapy, were “child abuse” under state law.

Meachum agreed with the plaintiffs, adding they are likely to succeed at trial in arguing Abbott violated separation of powers and did an end run around state legislators by trying to unilaterally write state law.

This lawsuit is the first legal test for the state’s decision to investigate certain medical treatments for transgender minors, including puberty blockers and hormone therapy, as abuse.

Since Abbott’s order last month, nine investigations have been opened. The state’s largest children’s hospital has paused some gender-affirming therapies. Several families with transgender children have indicated they will move out of the state, and doctors, teachers and CPS workers have expressed concern and confusion over how to implement the order.

The state’s lawyer on Friday argued Doe and Mooney have not suffered consequences enough to challenge the order.

“All Jane Doe has been subject to is one meeting with an investigator” from the Department of Family and Protective Services, Assistant Attorney General Courtney Corbello said. Plaintiffs are “merely fearful” of harm “at this point.”

On Friday, Doe testified that she wished she’d never had to go before a judge to discuss the personal matters of her child’s health care. Her remarks were not broadcast online but reporters were allowed to listen to them in court.

Doe declined to answer many of the state’s questions based on her lawyers’ advice. She was asked about her daughter’s care, whether it had been altered and how she described it in text messages with her supervisor. Her lawyers expressed concerns that the state was using the hearing as a way to suss out details for their investigation into Doe’s family.

Corbello at one point broke one of the Doe family members’ anonymity in open court, which drew the ire of the judge, who warned the attorney about “another trick like that.” As Doe cried in the witness stand, Corbello repeatedly said she mistakenly uttered the name.

As a mental health professional, Mooney worried that continuing to refer minors for medical treatment could result in her losing her license.

“When our ethics and our laws are in conflict we take every effort to remedy that conflict. That is in part why I am here today,” she testified. 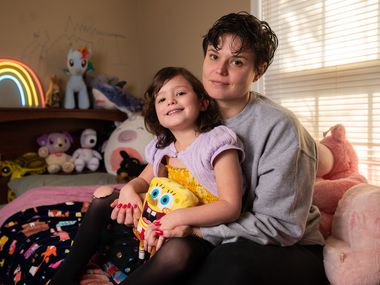 All of the major state and national medical groups support age appropriate, individualized gender-affirming care to treat gender dysphoria in minors, which is the feeling of discomfort or distress that can occur in people who identify as a gender that is different from the gender or sex assigned at birth.

For children who have not reached puberty, mental health care is the primary form of treatment for gender dysphoria. Medical interventions like puberty blockers, which are reversible, and hormones should be explored only for youth who have experienced the onset of puberty and after undergoing mental health evaluation, according to best practices.

Surgery is not recommended until a patient has reached the legal age of maturity to give consent for medical procedures and has lived continuously for at least a year in the gender role consistent with their gender identity. In Texas, this consent starts at 18.

Plaintiffs’ attorneys called two doctors as expert witnesses, both of whom said gender-affirming care is safe and sometimes medically necessary. Both said that, like many medical interventions, they are not without risks.

Corbello noted that testosterone, which can be used in treatments for transgender males, is a controlled substance and the state’s child abuse laws prohibit allowing any minor access to controlled substances. After reading a list of effects of feminizing and masculinizing hormones on minors, Corbello also asked Dr. Armand Antommaria about the risks.

“There are risks that are outweighed by the potential benefits of the treatment,” Antommaria, a professor of pediatrics and ethics director at Cincinnatti Children’s, responded.

Earlier in the day, a child protective services employee who recently resigned over Abbott’s order gave detailed testimony about how the state is implementing it. Randa Mulanax, an investigations supervisor, said employees who usually have discretion on whether to open abuse investigations were told they had to do so if the report involved allegations a minor was receiving gender-affirming medical care.

Mulanax also said she was told not to text or email about any of these cases, which she saw as “unethical.”

“I have always felt like at the end of the day the department has the children’s best interests at heart,” said Mulanax. “I no longer feel this way with this order.”

The state did not call any witnesses.

In his closing remarks, Castillo said his clients would suffer “imminent and irreparable injury” if the court did not take action.

“The governor has no authority to define what constitutes child abuse under Texas law,” Castillo said.

Corbello argued the plaintiffs’ lawyers did not present any witnesses to speak to how Abbott exceeded his authority. She also said this type of legal action could not be taken against the state, which she argued has immunity, and again said Doe and Mooney could not show they would suffer real consequences.

“Fear is not evidence of imminent harm,” she said.

Meachum disagreed. Her temporary injunction blocked the state from taking any action against the plaintiffs based on Paxton’s opinion or Abbott’s order and prohibits the state from undertaking any new child abuse investigations based solely on the fact that a minor was receiving gender-affirming care.

Meanwhile, the council of the Department of Family and Protective Services held its first public hearing since Abbott’s order. More than 100 people showed up to speak, with most reading letters from parents or transgender Texans who did not want to risk investigation by showing up in person.

Karli Kucko, a counselor based in Austin, pledged to rely on science, not politics.

“I will never alter my ethical and evidence-based practices — which overwhelmingly support gender-affirming care — to be a political pawn,” she said.

Tyler Sheldon, legislative director with the union that represents CPS caseworkers, pointed to ongoing problems with the foster care system in Texas and said the state’s attention could be better spent elsewhere. On Thursday, a federal judge overseeing a lawsuit against the state said employees at a facility meant to care for foster children who are victims of sex trafficking were actually trafficking those same children.

“There are so many things that the governor and DFPS should be focused on without targeting trans kids and their families to score political points,” he said.

Much of the public testimony, which stretched on for hours, came from unnamed parents and transgender youth themselves.

“I don’t want to move,” an 8-year-old transgender child said via letter, which was read by a woman who attended the hearing. “I love my mom and dad more than anyone but my brother. They’re doing everything they can to keep me safe.”