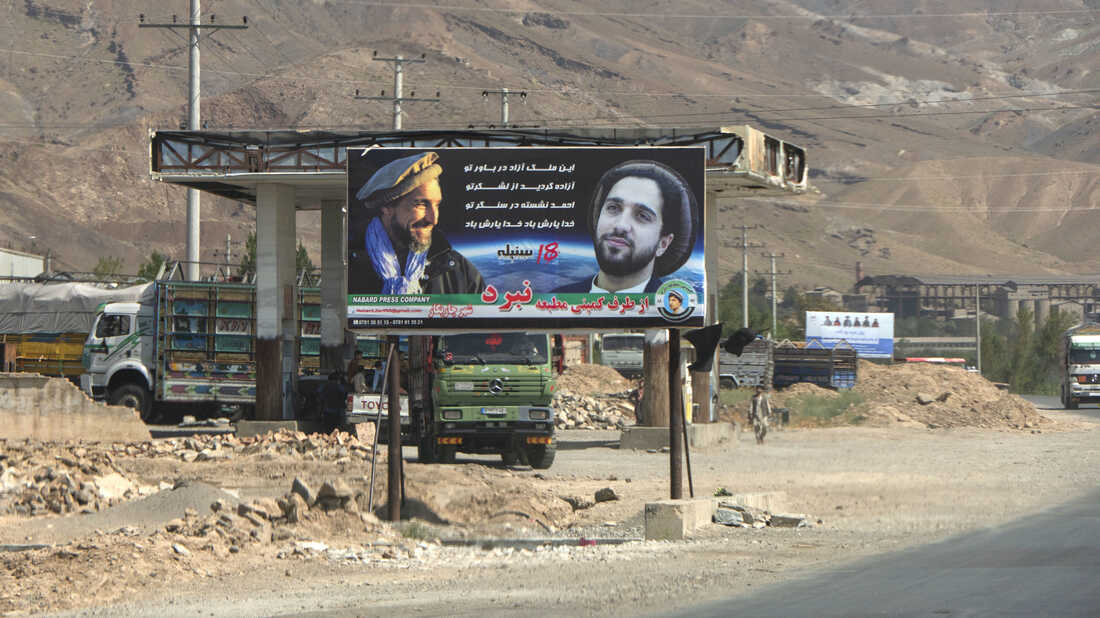 A banner in the Panjshir Valley portrays of Ahmad Massoud and his father with a slogan “You dream of a free country, free thanks to your army, Ahmad is by your side, may God protect you.” Reza/Getty Images hide caption 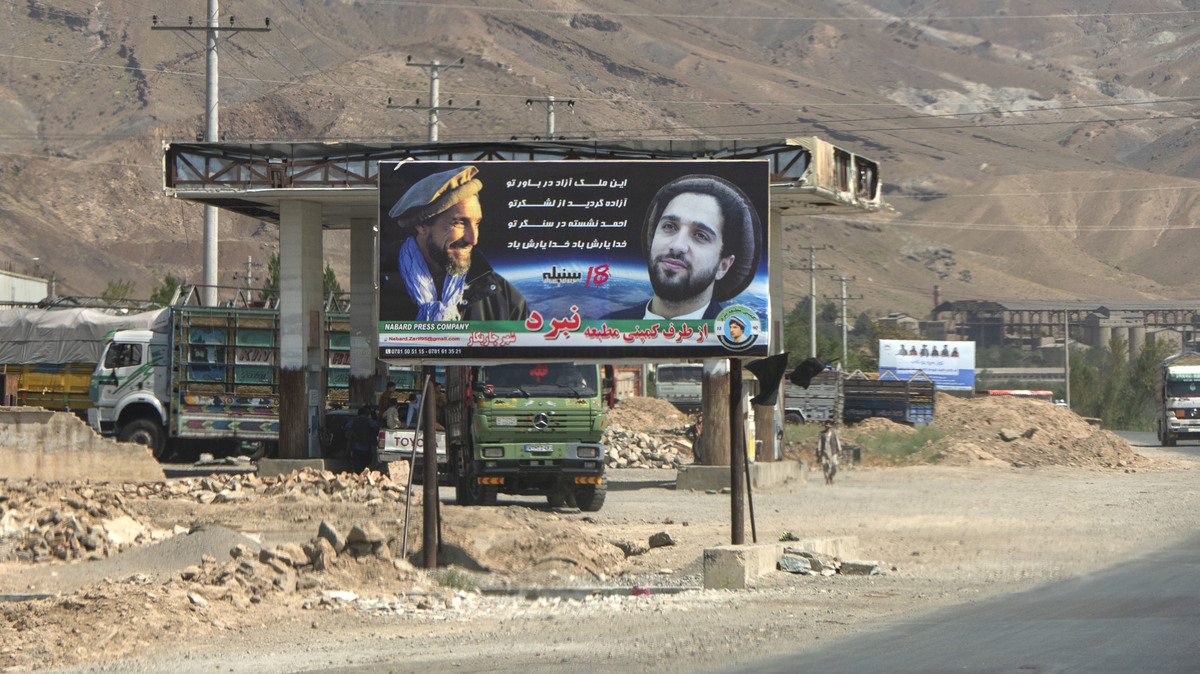 A banner in the Panjshir Valley portrays of Ahmad Massoud and his father with a slogan “You dream of a free country, free thanks to your army, Ahmad is by your side, may God protect you.”

In Afghanistan, history has a way of repeating itself: Today, much like when the Taliban last seized power in 1996, the rugged Panjshir province is the final redoubt standing in the way of their complete domination of the country — and once again, the name of the leader opposing them is Massoud.

“I write from the Panjshir Valley today, ready to follow in my father’s footsteps with mujahideen fighters who are prepared to once again take on the Taliban,” Ahmad Massoud wrote in an opinion piece published in The Washington Post shortly after the Taliban seized Kabul. “We have stores of ammunition and arms that we have patiently collected since my father’s time, because we knew this day might come.”

His father, Ahmad Shah Massoud, was a larger-than-life figure — seen by many as a military genius and master of guerrilla warfare who helped fight the Soviet Union to a standstill in the 1980s and eventually mounted a successful defense against repeated efforts by the Taliban to win control of the valley. 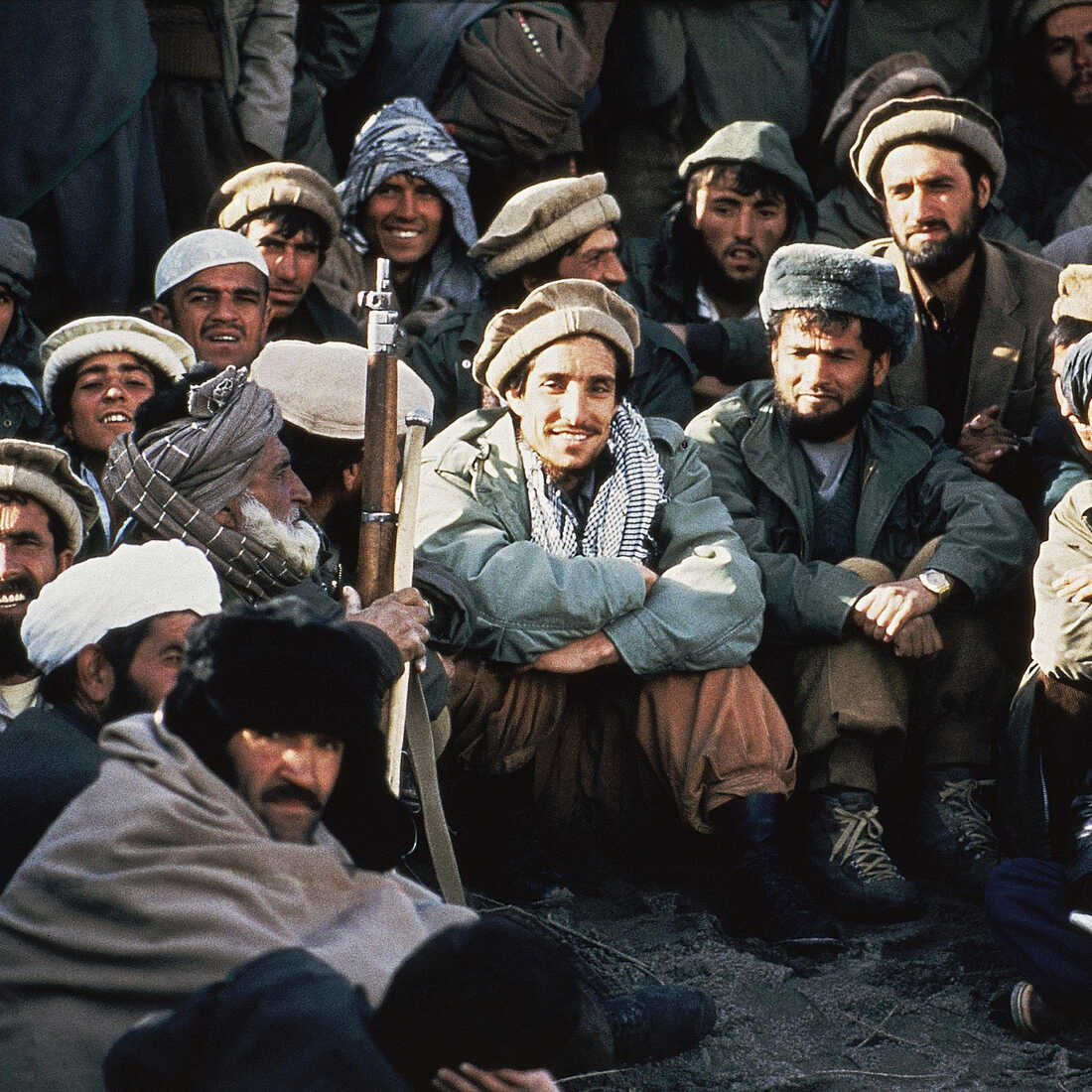 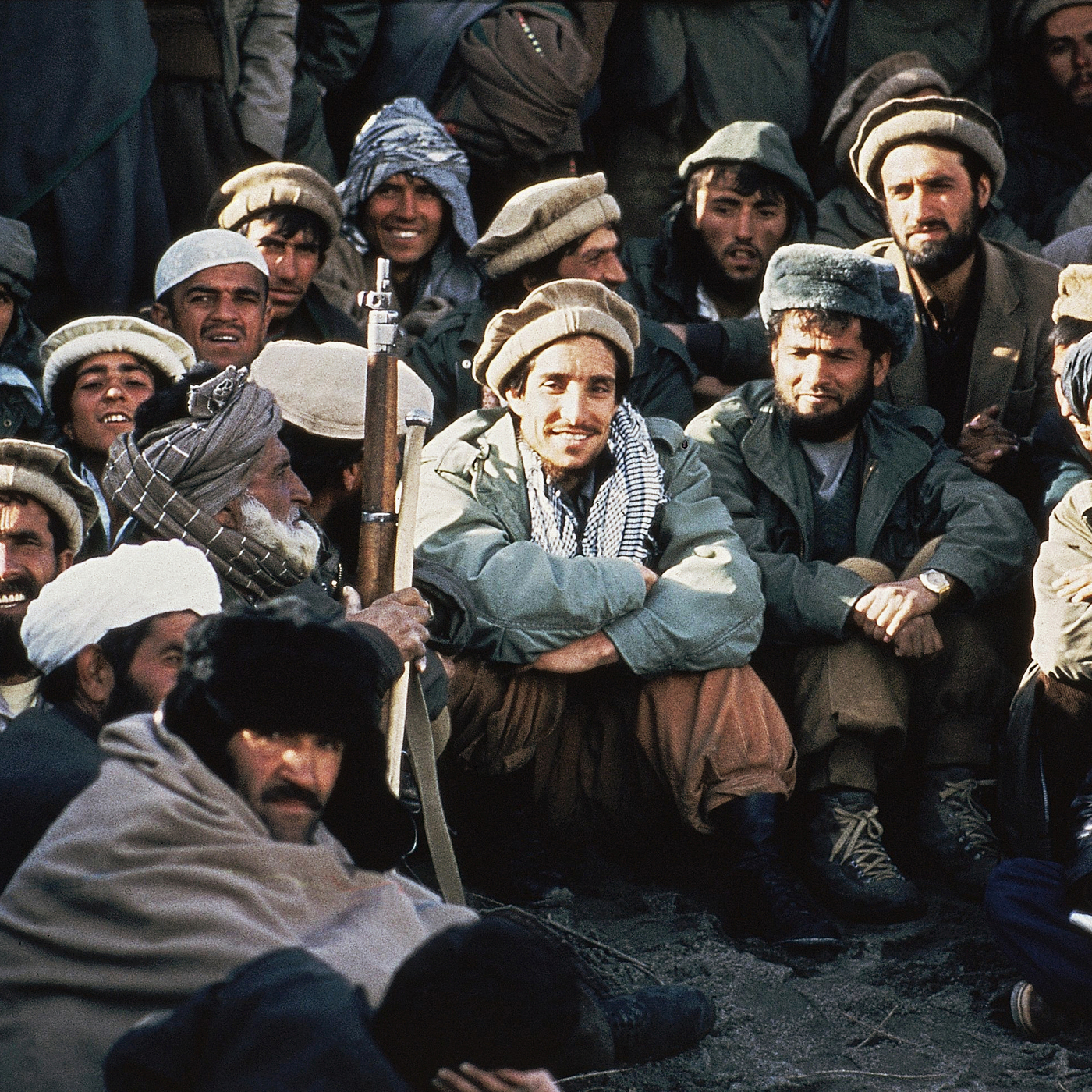 Afghan guerrilla leader, Ahmad Shah Massoud (center) is surrounded by rebel commanders at a meeting in the Panjshir Valley in northeast Afghanistan, in 1984.

Such was his prowess as a rebel commander that Massoud was known by his supporters and enemies alike as the “Lion of Panjshir.”

But two days before the terrorist attacks of Sept. 11, 2001, Massoud — who had escaped many close calls on the battlefield — was assassinated by al-Qaida suicide bombers posing as television journalists. His death reverberated worldwide.

The next generation of resistance has coalesced

Fast-forward to 2021: Massoud’s 32-year-old son is picking up from where his legendary father left off. But unlike the Lion of Panjshir, the younger Massoud has no combat experience. He was educated in the United Kingdom — having trained as a foreign cadet at the Royal Military College at Sandhurst, studied at King’s College and later received a master’s degree in international politics from London’s City University, according to The Spectator. His undergraduate and postgraduate dissertations were on the Taliban.

As the Taliban gained strength in the years before their final assault last month on Kabul, the Afghan capital, Massoud began organizing opposition against a possible return of the hard-line Islamist militia. In the spring, Massoud made the rounds and met with French President Emmanuel Macron in Paris — where his father, who studied at a French lycée in Afghanistan, remains a revered figure. 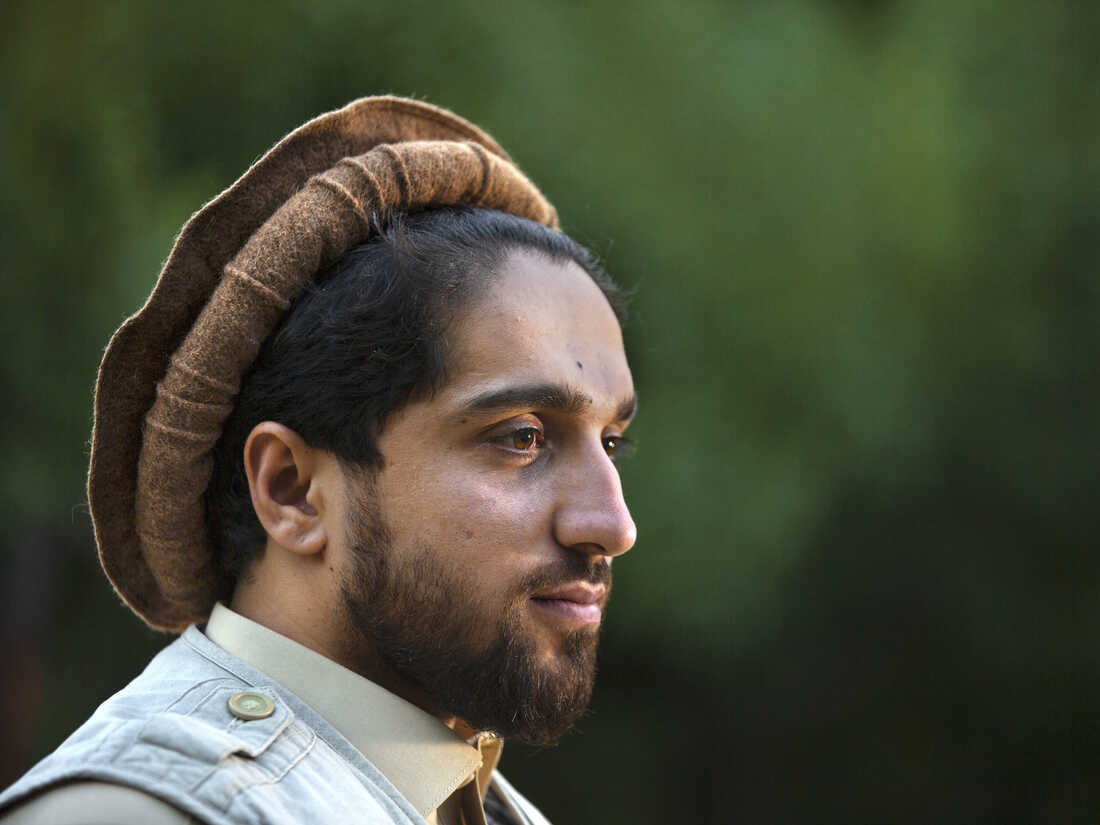 The U.K.-educated Ahmad Massoud (shown here in 2019) is the son of legendary commander Ahmad Shah Massoud and, like his father, is amassing resistance forces in Panjshir province. Reza/Getty Images hide caption 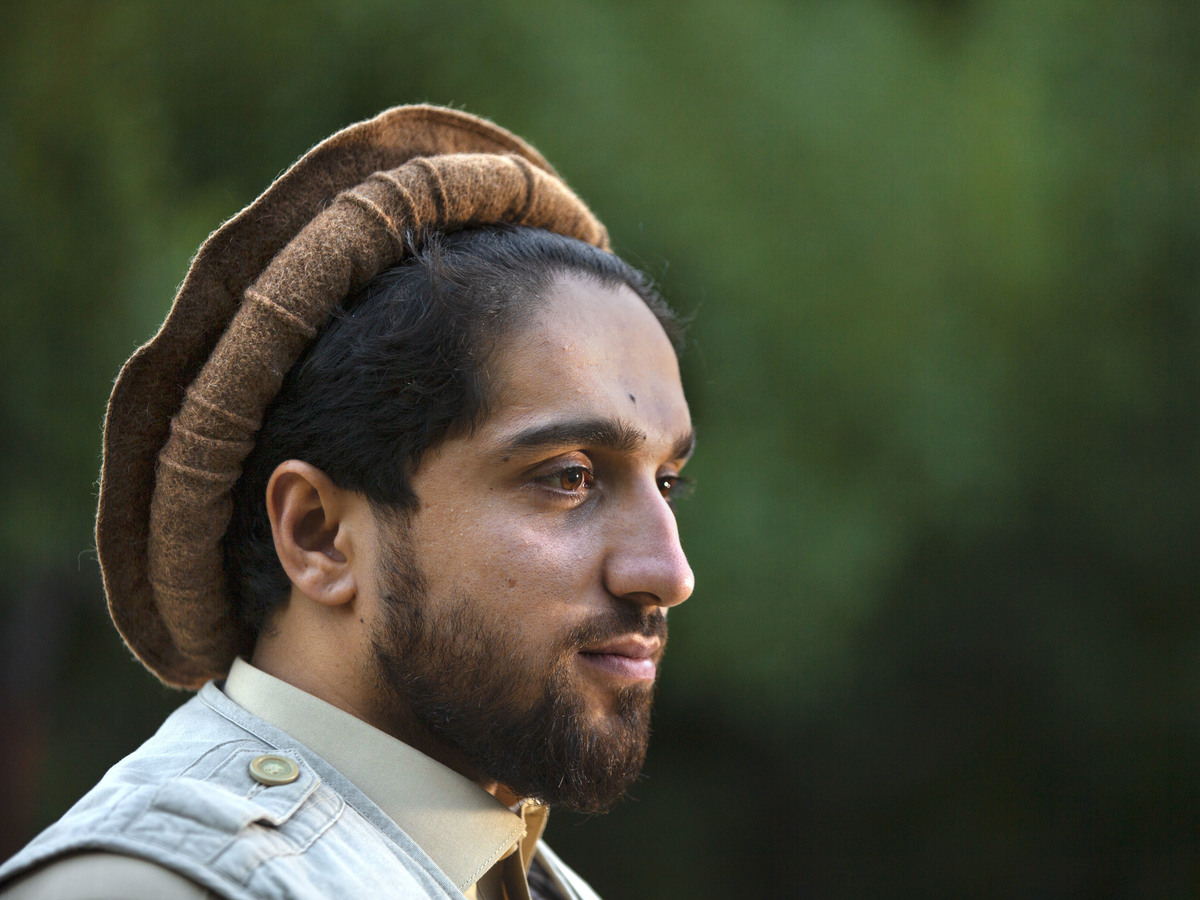 The U.K.-educated Ahmad Massoud (shown here in 2019) is the son of legendary commander Ahmad Shah Massoud and, like his father, is amassing resistance forces in Panjshir province.

Massoud recently has been joined in the Panjshir Valley by Amrullah Saleh, a former Afghan vice president who declared himself the country’s rightful president after Ashraf Ghani fled as the Taliban took over Kabul. Saleh has called on his supporters to rally to Panjshir to continue the fight against the Taliban.

It’s difficult to gauge the strength of the self-styled National Resistance Forces led by Massoud. The group is reportedly a coalition of militias and remnants of the Afghan army.

The ethnically mixed Panjshir is vulnerable

Panjshir province — located about 80 miles northeast of Kabul, past the former U.S.-run Bagram Airfield and across the rugged Hindu Kush mountains — is a natural fortress against invaders. Panjshir’s residents include a mix of ethnic Tajiks — like Massoud himself — along with Hazaras, a Shia Muslim minority, and others.

That diversity stands in contrast with the Taliban, who are dominated by Afghanistan’s majority Pashtuns. It is not “a monolithically Pashtun force,” writes Anatol Lieven, a professor at Georgetown University in Qatar, noting that the militants have “gathered a good deal of support among other ethnicities by appealing to religious conservatism.” But, he writes, the Taliban “leadership is still overwhelmingly Pashtun, and seen as such by most of the other peoples.”

Afghanistan’s Hazaras, in particular, have reason to be fearful of the Taliban and a strong incentive to resist. During the Taliban’s previous years in power, they targeted Hazaras in a campaign of repression and persecution, including mass killings. There’s no indication they’ve moderated since: A recent Amnesty International report outlines recent Taliban atrocities against the minority group.

“These targeted killings are proof that ethnic and religious minorities remain at particular risk under Taliban rule in Afghanistan,” Agnès Callamard, the group’s secretary general, said.

It may be too late for a negotiated settlement

Despite Massoud’s bellicose-sounding Washington Post op-ed, he has suggested Panjshir might talk its way out of Taliban control. Last week, delegations from the Taliban and the Panjshir resistance reportedly met in the northern Parwan province, but the three-hour meeting seems to have yielded little more than an agreement to keep talking.

“We want to make the Taliban realize that the only way forward is through negotiation,” Massoud told Reuters recently. “We do not want a war to break out.”

In an interview by email with Foreign Policy magazine, Massoud elaborated: “If the Taliban are willing to reach a power-sharing deal where power is equally distributed and is decentralized, then we can move toward a settlement that is acceptable to everyone,” he wrote. “Anything less than this will be unacceptable to us, and we will continue our struggle and resistance until we achieve justice, equality, and freedom.”

For the Taliban’s part, one of its senior leaders, Amir Khan Motaqi, called on the Panjshir resistance to lay down its weapons and negotiate peace. “The Islamic Emirate of Afghanistan is home for all Afghans,” he said in a speech.

But it may already be too late. With Kabul secure and the Americans finally gone, the Taliban have turned their military attention to the rogue province.

The Taliban say “hundreds” of their fighters are heading toward the Panjshir “after local … officials refused to hand it over,” according to the group’s Arabic Twitter account, Al-Jazeera reports.

And first blood has already been drawn, seemingly dimming the chances for a negotiated settlement. As the last U.S. flights were leaving Kabul on Monday night, at least seven of Taliban soldiers were killed in clashes in Panjshir, Massoud’s resistance group said, according to The Associated Press.

Meanwhile, the Taliban are in a position to surround Massoud’s resistance fighters and cut off their access to supplies. It’s not clear how long they can hold out.

Massoud is reaching out for help from a war-weary Washington, as well as the U.K. and France.