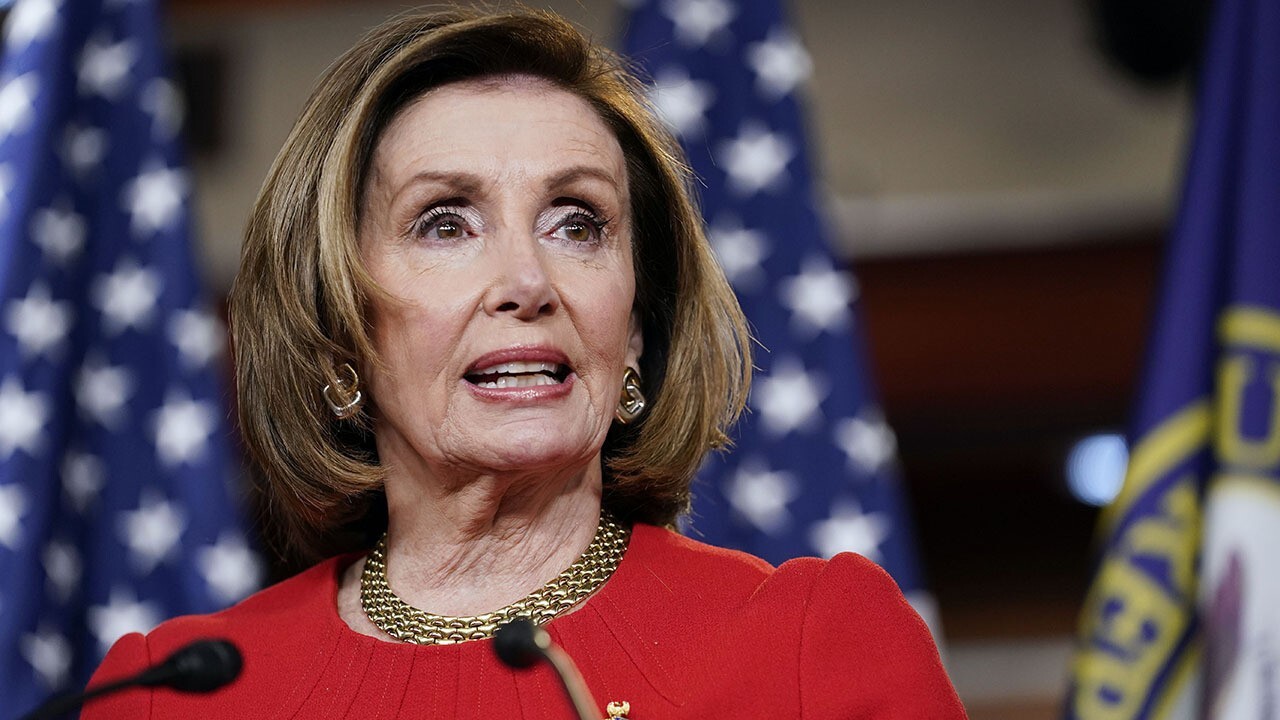 “The Five” reacted Wednesday to House Speaker Nancy Pelosi’s, D-Calif., scolding the media for not “selling” Democrats’ $3.5 trillion-Build Back Better plan during her press conference this week.

“Well I think you all could do a better job of selling it, to be very frank with you,” Pelosi chided congressional journalists Tuesday.

“It’s amazing that [Pelosi] can say that with a straight face,” co-host Greg Gutfeld said. “But that’s the advances of modern medicine. Is it her fault to expect [the media] to carry the water? I don’t think it is.”

PELOSI LECTURES REPORTERS, SAYS THEY ‘COULD DO A BETTER JOB SELLING’ BUILD BACK BETTER

Gutfeld emphasized the liberal media’s role as advocates and mouthpieces of the Democratic Party.

“If you ask a lot of Democrats, they think the media is biased against them as well,” co-host Dana Perino said. She added that former secretary of state Hillary Clinton would agree.

For an example, Perino pointed to the free pre-kindergarten component that would require all pre-kindergarten providers to have a college degree. This requirement would likely reduce the already-insufficient number of pre-K providers, but probably not the taxpayer cost of universal pre-K. The universal pre-K component would also exclude faith-based childcare providers from participating in the program.

“Pre-K basically is daycare, in reality,” Geraldo Rivera said. “To have a college degree [is] unnecessary.”

That’s not the bill’s only measure that drew the panelists’ attention. “The Five” co-host Jesse Watters highlighted other unpopular provisions in the bill, which allocates $25 million for butterflies and $8 billion for climate police. It also “penalizes marriage” and heavily taxes small businesses.

Some other provisions include free college tuition for illegal aliens and $643 million for culturally-appropriate foods.

“What is that, Taco Tuesday?,” Watters quipped.

Democratic progressives have supported the budget reconciliation bill. Moderate Sens. Joe Manchin (D-W.Va.) and Kyrsten Sinema (D-Ariz.) have so far opposed the legislation, citing too high of a price tag. Manchin has said he could support a $1.5 trillion bill instead.

Rivera asked the two senators “to be more specific” about their wishes for the bill.