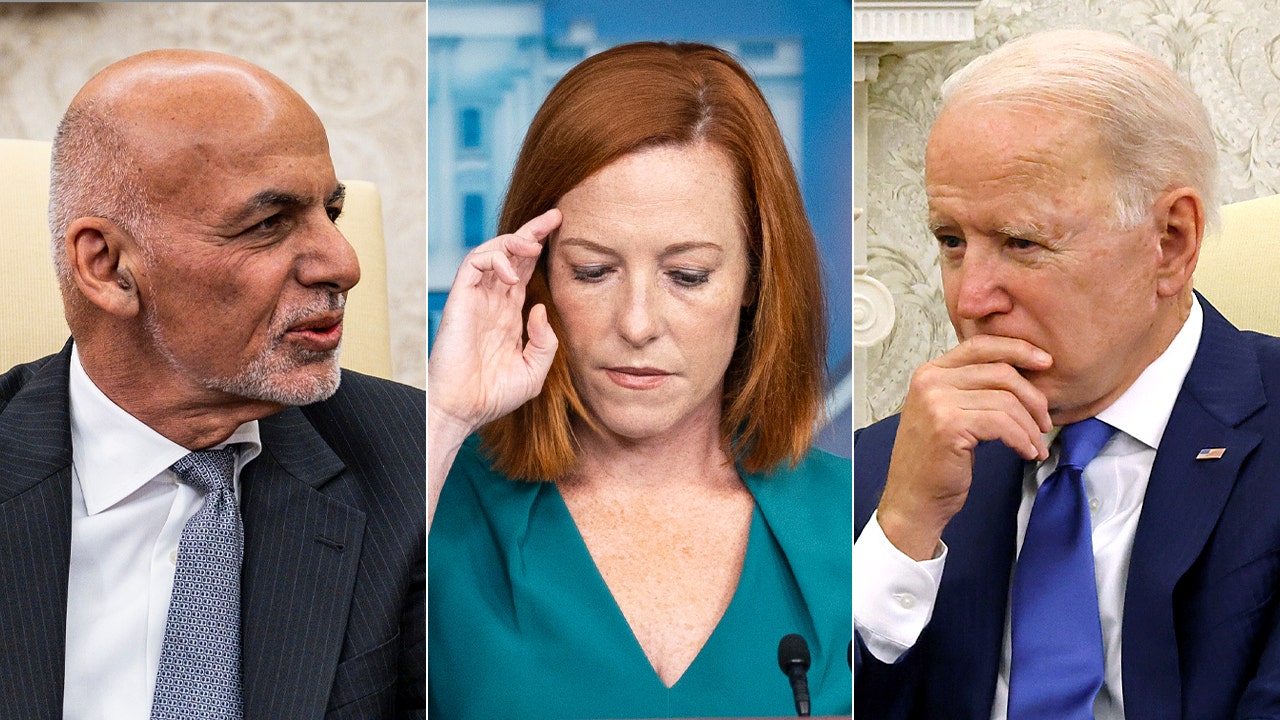 The panel on “The Five” reacted Thursday to news that President Joe Biden reportedly pressured now-former Afghan President Ashraf Ghani to paint a rosier picture of the situation in Afghanistan this July than the reality on the ground.

At the time of the call, the Taliban controlled about half of Afghanistan’s district centers. Biden urged Ghani to hold a press conference with other prominent Afghan leaders to outline a new military strategy, which he argued would “change perception, and that will change an awful lot I think,” Reuters reported.

Host Dagen McDowell noted that Biden’s spokeswoman, Press Secretary Jen Psaki, pushed back on demands to release the transcript of the phone call between Biden and Ghani – who fled Kabul for the United Arab Emirates, reportedly with well over $100 million in cash.

In 2019, Psaki joined the chorus of Democrats calling for the then-Trump White House to release a transcript of the Republican president’s phone call with Ukrainian President Volodymyr Zelensky, amid claims he asked Zelensky to take a look at the foreign business dealings of Biden’s son, Hunter Biden, in Kiev.

“It is not just the call transcript. The whistleblower complaint would likely have more details. We need both. And not just the call,” Psaki wrote in a tweet on September 24, 2019, as California Democratic Rep. Adam Schiff initiated an inquiry into Trump that led to his impeachment.

“Back in 2019, Psaki cared a lot about phone calls when it came to Trump’s chat with the Ukrainian president,” McDowell said on “The Five.”

Host Will Cain responded that Psaki cannot offer a cogent response to such questions because she is hypocritical in this instance:

“Clearly we’re not playing by the same rules a year ago.”

“What this reveals is President Biden knew the nature of what was going down in Afghanistan. He made decisions knowing the potential consequences… He made a calculation to accept that chaos. I think he made that calculation because he thought he could play the blame game and lay it off on President Trump. That has failed. The lie failed.”